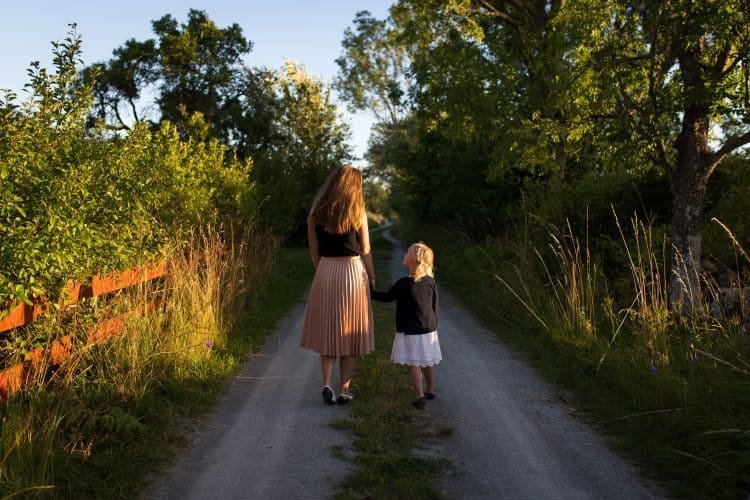 To my dear daughters (whether knit within my womb, or the wombs of others), as well as anyone who has ever loved one:

These days have been laden with a palpable heaviness. I see things, I hear things, I read things, and they press on my soul because they’re painting a picture for you and of you that is not from God, or in his image. It differs from what he created and tenderly looked on, beholding its goodness. It does not reflect him or his purposes for you, and it was not what you were intricately woven for. It’s a weight I struggle to ignore and can’t help but wonder how you will come to carry it. I mourn the deep scars it has left on daughters before you, and I yearn for you to have the strength and wisdom to navigate its seemingly inevitable forces.

I see violence against daughters. Their bodies, as currency to steal and spend for power and pleasure. Anonymity used to take what was wanted in the darkness that could never be had in the light. Strength used not to protect but to hurt, and wit used as a weapon for evil rather than good.

I see manipulation of daughters. Sex, as something entitled and owed. Fame or charisma used to coerce or defraud. Popularity as invincibility. Trust used to trespass, and means used to procure more and more and then take what can’t be bought.

I see objectification of daughters. Flirtation and advancement as means of feeding desires wanting to be fed. Respectability used to pardon indiscretion. Past victories used to dismiss present downfalls. Habits allowed to furrow, becoming blinders to seeming hypocrisy. Depersonalization, as a way to view daughters apart from their eternal souls.

These are not new distortions. They’ve been around in various forms since time was young, but you must learn to fight the forms they take in *your* time. These are not the only distortions. They are few of many — some you will face, some others will face — but all should be battled against because they distort the truth. I want to help you fight those coming at you, so you’ll be better able to fight those coming at others.

In the age-old narrative of a Father bringing his children to himself and a bridegroom desiring to be united with his bride, daughters have played mighty and graceful roles. Many will over-simplify and condense your character, stripping it of its uniqueness, because it makes the story easier or more comfortable to tell. Many will deny your consistencies and symmetries because it makes the story mesh better with their own tales or perhaps be about something other than what it is.

Be careful of that. Be wary of definitions of yourself that come from someone who didn’t make you.

Daughter, as you grow and walk through these weighty times, I want you to do two things:

Understanding what steadfastly remains the same and what grows and varies, will help you not lose your bearings or lose your vision.

The Solid Rock and the Living Water

Remember the more you know and seek your Creator, the more you will see him in his creation (including you!), and the more comfortable you will become in understanding yourself as his daughter.

Look at the clear and comforting rhythm of the seasons and cycles that you learned to anticipate before you could articulate. That expectancy of a cool dip to soothe the heat of summer, the recognition that the smell and crispness in the air indicates approaching snow. The birth brought forth in Spring, the death that approaches in Autumn. The life cycles of the plants you pluck and the insects you catch. The life cycles involved in the pregnancy and birth that brought you into this world. Yet every morning is new, every season is different, and every tiny little fingerprint is distinct.

And since the God of these is writing your story, you know his chapters and characters will be soothingly consistent and familiar, yet exceptionally fresh and varied.

*Find purpose* in the extraordinary ways you reflect our God of unending beauty and creativity. The artistry and originality in how you reflect your Creator, uniquely from all my other children and from all of his, because of gifts and traits are singularly woven together in you alone.

Daughters, you were formed in this place and moment for a reason. You are part of the symphony that takes the same notes that have been played for ages and arranges them in ever-new, ever-relevant, ever-praiseworthy ways. You were chosen by the composer himself to be woven into his masterpiece, in moments and means that would not be as glorious or excellent without you.

My daughters, I pray for you, a mind that is fiercely wise. A heart that is tirelessly compassionate. A soul that is selflessly brave. Words that are true and genuinely kind. Arms that are strong to build and defend and care. And eyes that continually seek your Lord as the source and object of your strength.

Bonnie McKernan is from the D.C. area and recently moved back to Northern Virginia with her husband, Kevin, and their four children, where they are currently restoring a 1900s farmhouse. She enjoys writing and theology, renovating and real estate, coasts and mountains, good books and good food, things that are beautiful and deep and real. She writes for various ministries and publications, as well as at her personal blog, and on Instagram when she doesn’t.