Dealing with criticism and difficult people

John Newton is well-known and well-loved in many sectors of evangelicalism for his famous hymn “Amazing Grace.” What is not typically known about Newton is that he and his friend William Wilberforce took a bold stance against slavery, and became acquainted with the right and wrong ways of dealing with difficult people, criticism and controversy. In 1771, he was asked to write an article for the British periodical Gospel Magazine in order to provide pastoral counsel regarding the ongoing controversy between Calvinists and Arminians. Since its publication under the title “On Controversy,” Newton’s article has become one of the church’s most well-known and well-loved writings on engaging controversy.

Newton’s letter sets forth how Christians should deal with difficult people, criticism and controversy. In the beginning of the letter, Newton explains why controversy exists and why Christians must love and earnestly contend for the truth. The three rules he offers are: 1) consider our opponent, 2) consider our audience and finally consider our ourselves. In the conclusion of his letter, Newton directs us to focus our eyes on God’s kingdom and God’s glory as the ultimate end of any controversies in which we engage.

John Newton’s thoughts on handling controversy need to be considered by Christians as many times rather than listening to our critics or those who care about us, we immediately become defensive. Dealing with difficult people reveals our pride by exposing our sin. Dr. Tim Keller notes that, “The biggest danger of receiving criticism is not to your reputation, but to your heart.”[i] If you’re anything like me, I have the propensity on occasion to respond defensively to criticism, but this is not the proper response to criticism. When we respond like this it says more about where we are in our walk with God rather than where the other person is. Dr. Keller notes that when dealing with criticism or difficult people, one should see if there is a “kernel of truth to what the person is saying.”[ii] Rather than responding poorly to criticism Dr. Keller urges us to “identify your own short-comings, repent in your own heart before the Lord, and let that humble you. It will then be possible to learn from the criticism and stay gracious to the critic even if you disagree with what he or she has said.”[iii]

Newton comments, “”A man may have the heart of a Pharisee, while his head is stored with orthodox notions of the unworthiness of the creature, and the riches of free grace.  Yea, I would add, the best of men are not wholly free from this leaven; and therefore are too apt to be pleased with such representations as hold up our adversaries to ridicule, and by consequence flatter our own superior judgments.  Controversies, for the most part, are so managed as to indulge rather than to repress his wrong disposition; and therefore, generally speaking, they are productive of little good.  They provoke those whom they should convince, and puff up those whom they should edify.  I hope your performance will savor of a spirit of true humility, and be a means of promoting it in others.” Criticism exposes our pride by showing us our need for Jesus and grow in Christ-like character.  .

Finally dealing with difficult people gives us opportunities for giving and receiving the grace of God. When criticism is received rather than opposed immediately, both parties are given a chance to express the gospel to one another. By taking this approach to criticism, rather than one party dominating the conversation, both parties are given a chance to express their thoughts and thus be a blessing to one another. The Gospel calls the giver of the criticism to speak the Truth in love knowing that they are a saint and sinner like the receiver of the criticism. The receiver of the criticism whether they agree with the criticism or disagree with it needs the insight of others to help him/her with his/her blind spots. Criticism is a tool the Redeemer uses to effect the sanctification of Christians. Next time your giving or receiving criticism recognize it as an opportunity from God to grow in His grace for His glory. 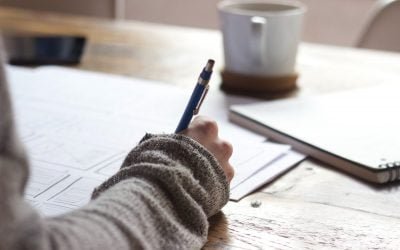 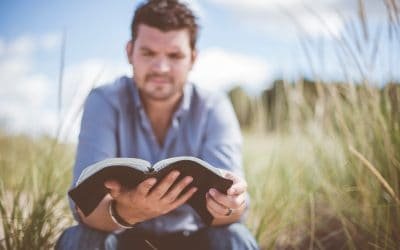