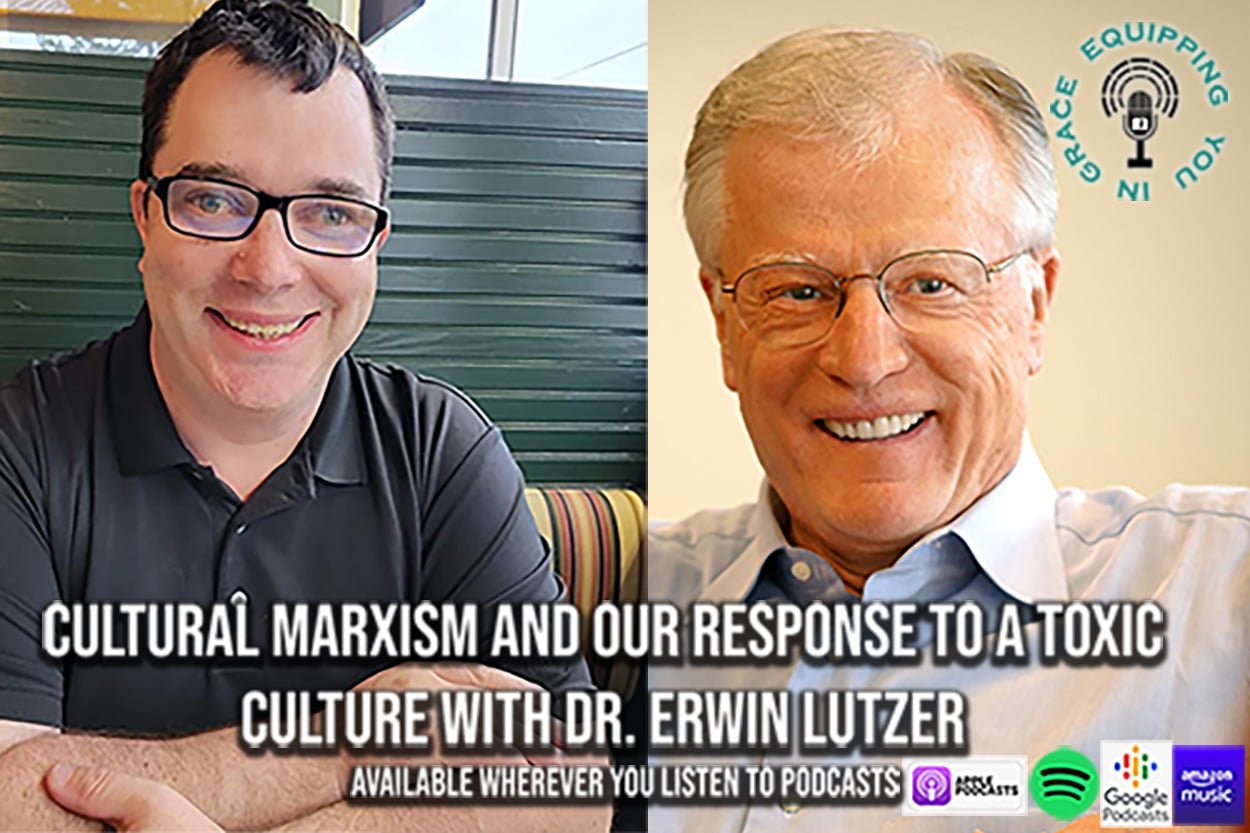 Cultural Marxism and Responding to a Toxic Culture with Erwin Lutzer

On today’s Equipping You in Grace show, Dave and Erwin Lutzer discuss the influence of cultural Marxism in our culture, politics, and a biblical worldview, how Christians should respond to a toxic culture, along with his book, We Will Not Be Silent: Responding Courageously to Our Culture’s Assault on Christianity (Harvest House, 202).

Dr. Erwin W. Lutzer is pastor emeritus of The Moody Church, where he served as the senior pastor for 36 years. He is the award-winning author of One Minute After You Die and Hitler’s Cross, as well as the featured speaker on three radio programs heard on more than 750 national and international outlets. He and his wife, Rebecca, have three grown children and eight grandchildren and live in the Chicago area.

Subscribing, sharing, and your feedback You can subscribe to Equipping You in Grace via iTunes, Google Play, or your favorite podcast catcher. If you like what you’ve heard, please consider leaving a rating and share it with your friends (it takes only takes a second and will go a long way to helping other people find the show). You can also connect with me on Twitter at @davejjenkins, on Facebook, or via email to share your feedback.