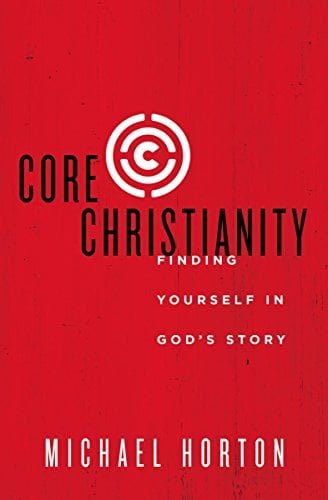 It’s common today to hear people say, “I believe such and such thing” but then you ask them the question, “Why do you believe that?” and they can’t offer any explanation. Ours is also a day where biblical illiteracy is on the rise. Many Christians would rather just have “experiences” or be told what to believe and then how to apply particular truths to their lives than study the Bible for themselves. There is a need for instruction in the Christian life. At Servants of Grace, we believe firmly that Christians should sit weekly under the verse by verse preaching of God’s Word in order to be instructed and nourished in the Word of God and the gospel. This isn’t radical Christianity. Instead, it’s how Christians have chosen to live and articulate the faith once and for all delivered to the saints for thousands of years.

In addition to these realities, we are living in a day where it’s common for people to say that doctrine and theology are too difficult to understand. So they never engage themselves in the study of doctrine or theology. If most people are honest they have no idea what those concepts or ideas even are or why they are important. I know this because multiple people over the years have told me they had no idea. Theology is the study of God and leads to humility. It also leads to learning not only more information but what sound doctrine is, and how we should live our lives grounded in the truth of God’s Word.

In Core Christianity, Dr. Michael Horton tackles the essential and basic beliefs that all Christians share. In addition to unpacking these beliefs in a way that is easy to understand, Horton shows why they matter to our lives today. The book looks at the deity of Christ, the Trinity, the Bible, creation, the promises of God, the work of Christ, the end times, and more.

Whether you are a new Christian or wondering what Christianity is about, or even a seasoned Christian, Core Christianity has something for you. We are living in a time where even the most seasoned among us don’t know the essentials of the faith. We don’t know what terms like penal substitutionary atonement means, or ecclesiology, or eschatology, or other words. People are often threatened by those terms and those who know what they mean and can explain them. They are considered “super Christians” who have a special place in God’s heart.

If you are a Christian you are as accepted and as loved by Christ as you can possibly be. There are no second-class citizens in the Kingdom of God. There are those who the Lord has gifted and given a unique passion for studying in depth the things of God for sure. God calls some to be pastors, preachers, and teachers and sets them aside for that task. Yet, He calls every Christian to be a Berean to study to see if these things are so from the Word of God.

Reading Core Christianity will help the average lay Christian understand what big theological words mean in a non-threatening way. Horton doesn’t even use big words in this book but he does articulate the meaning of those words in ways that will connect with and help people understand what they mean when they are used.