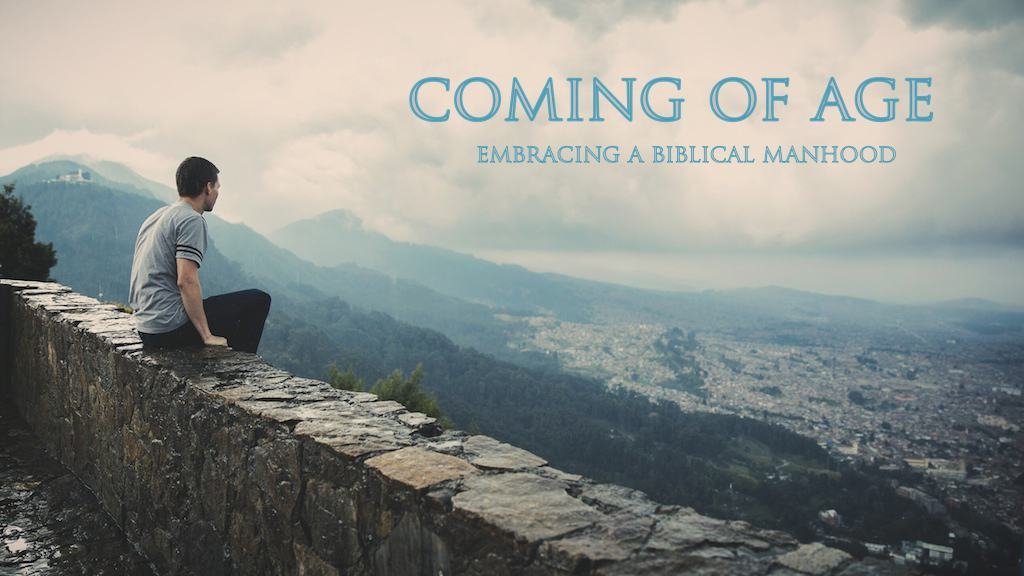 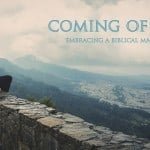 Processed with VSCOcam with hb2 preset

Manhood is a growth stage every male faces when he is maturing from child-like behavior to manlike behavior. Throughout history, the manhood stage has meant different things for different cultures. The Jewish tradition holds a Bar Mitzvah when a Jewish boy turns thirteen and thus becomes responsible for himself and his actions. The Maasai tradition of Kenya and Tanzania takes boys ages of 10-20 and establishes them as the “warrior class,” with festivities including circumcision, eating large portions of meat and sleeping in the forest. A unique coming of age tradition is found in the Amazon, where boys from the Sateré-Mawé tribe wear gloves filled with angry bullet ants as part of the initiation.

Coming of age is a very different process for boys around the world. Here in America, there is little to nothing ritualistic or traditional about becoming a man. Don’t get me wrong; I’m grateful when I was a teenager that I didn’t have to be ceremonially circumcised or wear gloves full of ants. One of the dangerous realities of living in America is there is no event or process that marks the transformation from boyhood to manhood.

Our culture insists that “boys will be boys” and that calling boys to become men against their will is a violation of their freedoms and rights. Lots of boys grow up without a father that took the time to love them through counsel, discipline, and by simply being present. As a result of this, we have a lot of boys who have gotten older. These young men can shave and do everything a normal fully functioning adult can but they don’t take their careers, relationships, or faith seriously. This would be unacceptable in nearly any other culture, but in American culture, boys can grow into larger, older, more responsible boys without ever having to truly grow up into manhood. Many men have developed a sort of Peter Pan Syndrome, living in Neverland and staying as long as they please.

If this weren’t true, the statistics wouldn’t show that 68% of video game players are above the age of 18 and that the average age of a video game player is 30. If this weren’t true, the numbers wouldn’t say that the average fantasy sports player spends eighteen hours a week consuming sports. This is (Lord willing) the only era that a movie like The Hangover could win a Golden Globe for Best Motion Picture. The idea of actual manhood has become completely distorted, dismissed, and overall disinteresting. How will manhood ever be restored?

Perhaps the most widely known verse on manhood comes from Paul’s first letter to the church in Corinth. “When I was a child, I spoke like a child, I thought like a child, I reasoned like a child. When I became a man, I gave up childish ways” (1 Cor. 13:11). Paul doesn’t exposit that thought much, leaving us to wonder what exactly he meant by it. Any of us that have spent time reading Paul’s letters know he would definitely not be a dead-beat, couch-surfing boy who can shave. He was one of the most zealous men of God this world has seen. He is a man’s man. But what does he mean by giving up “childish ways,” and how can we become like Paul, and furthermore more like Jesus in our everyday lives? While Paul doesn’t elaborate here, the Bible as a whole is clear on how grown-up boys can step out of Neverland and finally come of age, in Biblically-fueled maturity and manhood.

My pastor recently taught on how men have deviated from their intended design from creation. All men were created with design elements, but sometimes these elements turn into culturally shaped distortions, causing us to lose our identity and original design as men. For example, instead of being strong, our culture tells us to be powerful, two very different things. Weakness, then, makes us feel like we’ve lost our power when, in reality, we are called to embrace our weakness and let Christ be our strength (2 Cor. 12:9-10). We have been purposed and tasked with many gifts as men, but if they’re exercised apart from Christ, these gifts will be squandered and be put to wasteful use. We must find our identity as men in Christ alone (Gal. 2:20, Eph. 2:10).

One of the interesting components of the Maasai tradition of training boys to becoming men is what follows the initial ceremonies. After their celebration, the boys spend ten years training at a warrior camp, where they learn or enhance their skills to become greater warriors. What God has called us to as men is a life of perpetual, tough, but necessary training. When a man enlists for the military, he isn’t baffled when he is informed about his upcoming basic training. We shouldn’t be perplexed either that God expects us to take our training seriously. Practically, this means something different for everyone. Paul never said, “throw your television away.” He simply called us to give up childish ways and become men. Spending more time in the Word is a good place for all of us to start (2 Tim. 3:16). It also means spending more time in prayer (Phil. 4:6-7). No one thinks they read God’s Word or pray too much. Sometimes, we have to reprioritize these things at the expense of what’s frivolous, like fantasy football or even reading too many books (those are for me). None of us will enter into heaven distraught at how little time we spent on temporal matters.

Lead Your Team On The Field.

Many of us men will be if not already, called to find a woman to marry and a family to begin. But the marriage ceremony and the birth of children are only the beginning of a lifelong journey for us as men to be daily leading our wives and children onto the field. God has placed us as the captains of our team, and that responsibility is not taken lightly (Rom. 14:12). To use a football analogy, they’re two places we can choose to be in the Great Game God has designed for us. We can sit in the stands and watch other great men do what we never took the time to try, or we can take our place in the huddle and lead our team to the line of scrimmage.

The reality is, greater battles need our attention. The world doesn’t need more men watching or acting like Homer Simpson. It needs more men that love their wives and kids as Christ loved the Church, giving Himself up for them, carrying them through trials and providing for them. The world needs men who are more serious about eliminating poverty and sex trafficking than winning in Call of Duty. It needs men who know more about Scripture than NCAA recruiting classes. To be such a man, we have to come back to our designed identity in Christ, continue in fervent training, and lead our God-given teams well. Are you ready to play the greatest game of all?