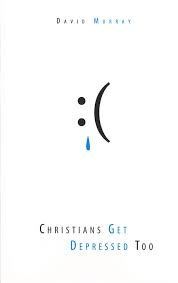 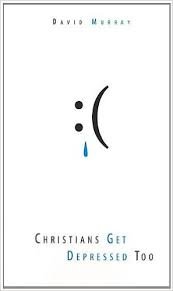 The world is broken, and even Christians experience that brokenness. David Murray is convinced that this needs repeating, especially as it relates the realities and sorrows of depression. That is, in part, why he wrote Christians Get Depressed Too. Despite having an axe to grind against the Biblical Counseling movement, Murray’s book has much to commend to the Biblical Counselor.

The book covers the typical subjects related to depression. It addresses the nature and complexity of depression, the symptoms, causes, and cures. It also contains a chapter for caregivers. Much of what is said will be found in countless other volumes, yet its concise format makes it highly accessible, especially to those who are depressed. Both the fact that it is compact, brief (112 pages), and written from a pastoral perspective makes it somewhat unique in the market.

It is not always clear, however, just to whom Murray is writing. The book seems aimed at both counselors and the depressed individual.  The mixed audiences can sometimes lead to confusion in the book and sometimes to distractions. It’s not easy to write for this diverse audience, yet it is not so bad that it hampers the value of the book as a whole.

Murray makes a strong case for being sensitive and careful in how we treat, counsel, and care for those brothers and sisters in Christ who suffer from depression. On this point he is right, though his criticisms of Biblical counseling seem unwarranted. He begins with a critical evaluation of its founder, Jay Adams. He writes that Adams “failed to appreciate the significant difference in kind between bad moods or short-term depressions of spirit, which are sometimes sinful and to be repented of, and the deeper kinds of depression, which often have far more complex causes than the sinful choices of individuals” (19). These criticisms aren’t unfair, and many within the movement, after Adams, have made similar claims on his overall approach to counseling. But then, strangely enough, Murray seems to suggest the fault is not with Adams but with those who came after him (22). Here he takes issue with the more modern manifestation of the movement, critiquing names like Ed Welch and CCEF. These criticisms seem far less valid.

Murray is right to press us to understand that Christians can experience depression. The tendencies of so many churches to suggest that a depressed person is in sin, or under demonic attack, are incredibly naïve and unhelpful. Yet, this does not represent the approach of Biblical Counseling. Countless articles and books have been written to correct this characterization. In fact, much of what Murray writes would be affirmed by the Biblical Counseling community.

If Murray sometimes buys a little too much into the psychological assumptions of emotional/mental disorders, he nonetheless offers wise Biblical counsel. His chapter on false thoughts that may lead to or at least exacerbate emotional/mental struggles is phenomenal. He walks readers carefully through the various false beliefs that seem so reasonable to us in the moment of emotional struggle and gives us wise counsel on addressing them. He is also very cautious to recommend medication for every situation. For being somewhat critical of the Biblical Counseling movement, he sounds a lot like a Biblical Counselor.

There’s much to appreciate about this book. If Murray had stayed focused on one goal the book would be even better. If he had made this a resource for the depressed I think it’s strengths would be more pronounced. If he had spent less time trying to parse out some perceived failures on the part of the Biblical counseling movement, I think it would be better. As it is, I think Christians Get Depressed Too is a useful book. With a few changes it could have been an even better book.