I have now been a pastor for almost 20 years. In a year in which a mounting list of issues threaten the peace of society in the West, and the peace of individual churches as well, I have grown to appreciate mature, peace-making Christians. Such men and women, whether young or old, are those who act with conviction while speaking with grace, and are those who use coffee appointments or social media or sermons to build others up and further Christ’s kingdom.

In one of the most concise, and yet comprehensive, character sketches in the Bible, the apostle John outlines the qualities of a man named Gaius. We need more Christians like Gaius in every church. We might summarize John’s description, in his third epistle, using four of his own well-chosen words: truth, faithfulness, loving, and beloved.

The principle of truth is obviously a central concern in this letter, as John six times references truth in the short span of this brief epistle. Clearly, John was not a postmodernist, nor would he have been comfortable in an “emergent” church today. John believed that there was objective truth that could be known and must be lived out.

While Gaius was a man who held firmly and joyfully to the truth of the gospel of Jesus Christ, he was also living this truth out in a daily walk that mirrored his profession. In 3 John 3, John rejoices that biblical truth is in Gaius and that Gaius is in the truth: “For I rejoiced greatly when the brothers came and testified to your truth, as indeed you are walking in the truth.”

First, John says of Gaius, the truth is in him: “your truth.” Christianity is a heart-deep religion, and a mere profession of faith or performance of duties does not make a Christian.

As David reminded himself, in his prayer of repentance after straying into hypocrisy, God desires “truth in the inward being” (Psalm 51:6), not just a shell of outward actions that may convince others. God is not pleased unless the beliefs we are professing are flowing out of a heart that has lovingly and joyfully embraced the truth of God’s Word.

The Pharisees walked in the truth, in a sense, Paul was even able to say that, concerning the law, he was “blameless” before he met Jesus. But the truth was not in them. Their outward actions were just a white-washed tomb for the cold deadness that lay inside (Matthew 23:27).

On the other hand, Gaius was not content to only have warm and fuzzy feelings for the truth; he was determined to live its practical implications out in a consistent and complementary walk. And, as John points out in his inspired commentary, this is the critical indicator of a genuine faith: “Whoever does good is from God; whoever does evil has not seen God” (3 John 11).

If we are not careful, we can err presumptuously in either direction. Either we can continue with a life that is outwardly noble, while inwardly cold and unaffected, assuming that God is pleased because the people around us are satisfied; or we can assume that because we have positive feelings when Jesus is mentioned that we are therefore Christians, when Jesus himself says, “If you love me, you will keep my commandments” as John records for us in his gospel (John 14:15).

John declares that he loves Gaius “in the truth” (3 John 1) because he delights to see disciples “walking in the truth” that they have sincerely professed (3 John 4).

In 3 John 5, John congratulates Gaius on his faithfulness, specifically citing two commendable attributes of this man’s consistent way of life: “It is a faithful thing you do in all your efforts for these brothers, strangers as they are.”

First, John says to Gaius, you are faithful in “all your efforts.”

Solomon once wisely counseled, “Whatever your hand finds to do, do it with your might” (Ecclesiastes 9:10). Similarly, Jesus warned, “One who is faithful in a very little is also faithful in much” (Luke 16:10). Apparently, Gaius was a man who was faithful in the little duties, as well as in the bigger attention-grabbing responsibilities in the church.

As any pastor knows, this is not always the case. It is many times easy to find someone who is willing to sign up for some role in the church that will gain them influence or recognition or applause. But the thankless, behind-the-scenes duties—while just as vital to the overall success and ministry of the body—are often overlooked or disdained by volunteers.

What about you? Are you faithful in whatever you are doing, or asked to do, no matter whether it is prominent or unappreciated, whether it is glamorous or practically unnoticed?

Gaius was a faithful man in whatever he did. But he was also, John noticed, faithful no matter who he was doing it for. Whether he was ministering to “brothers,” who were familiar to him and had much in common with him, or to “strangers,” who came from different backgrounds and unfamiliar cultures — it did not matter to Gaius. He faithfully ministered to, and among, every believer that God brought his way.

It is easy to join hands with, to break bread with, people that look and act just like we do. However, it is much more challenging to our selfish and proud nature to serve those who come from lower (or higher) economic situations, or more troubled backgrounds, or different cultural upbringing. They say things we don’t expect; they do things in a way with which we’re uncomfortable.

But our duty is—as followers of Jesus, who is the ultimate bridge-builder and who spans the chasm between himself and us by his cross—to faithfully reach out and minister to our brothers and sisters in Christ, whether they look like, smell like, or act like us or not.

The thing that is most impressive about Gaius’ love is that John did not hear about it from Gaius; he heard about it from the people to whom Gaius had lovingly ministered, “who testified to your love” (3 John 6).

There are countless people who will support some charitable cause if it will give them an opportunity to toot their own horn. You see them in the news all the time, donating to some institution, handing over an enormous, blown-up check so that everyone can see the figures written on it.

But who is willing to love just for the sake of Christ? True love labors and loves when there is no immediate promise of cheers or thanks or rewards. True charity is more spoken of by its recipients than it is by its practitioners. True love, as Paul reminds us in 1 Corinthians 13, suffers long without puffing itself up, because it is not seeking compensation or recognition.

Because Gaius had cared for a diversity of people in the past, who themselves had testified to his faithful love, John was confident that Gaius would minister to the saints who were now being sent his way.

Finally, although John mentions it first, we notice that Gaius was beloved: “The elder to the beloved Gaius, whom I love in truth” (3 John 1).

Is it any wonder? Considering the faithfulness, the love, the truthfulness of this dear brother, it is no surprise that an apostle would be thankful to have such a stable, helpful individual laboring in the church.

Four times John addresses Gaius as “beloved.” This is more than the love that suffers long for Christ’s sake, which is willing to love even one’s enemies. John loved Gaius for his work’s sake; he had proven himself to be a devoted and humble member in the body of Christ.

Which kind of love describes the love your pastor has for you? It is the forbearing love that continually ministers, even to those who are difficult and unfaithful, or is it the joyful love of one whose burdens have been helped by you, whose ministry is made easier because of you?

John was so confident of the health of Gaius’ soul that he blessed him according to it: “Beloved, I pray that all may go well with you and that you may be in good health, as it goes well with your soul” (3 John 2). May your health, John says, be as vibrant and robust as your soul is.

What about you? If your physical health was the same as your spiritual health, how would you be? May the truthful, faithful, loving example of beloved Gaius be an inspiration to us. May our souls prosper as we model our lives after this man who exalted Christ in his heart and with his life. 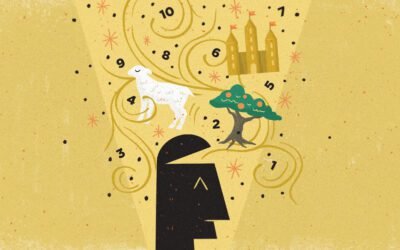 10 Things You Should Know about the Book of Revelation

1. Revelation is not hard to understand. Revelation is a book that many people avoid, convinced that it is too hard to interpret and understand. Certainly there are some challenges to rightly interpreting some of its vivid imagery and plentiful symbolism. It is a...

Genesis 17:8-9, “And I will give to you and to your offspring after you the land of your sojournings, all the land of Canaan, for an everlasting possession, and I will be their God.” 9 And God said to Abraham, “As for you, you shall keep my covenant, you and your...

Genesis 17:6-7, “I will make you exceedingly fruitful, and I will make you into nations, and kings shall come from you. 7 And I will establish my covenant between me and you and your offspring after you throughout their generations for an everlasting covenant, to be...