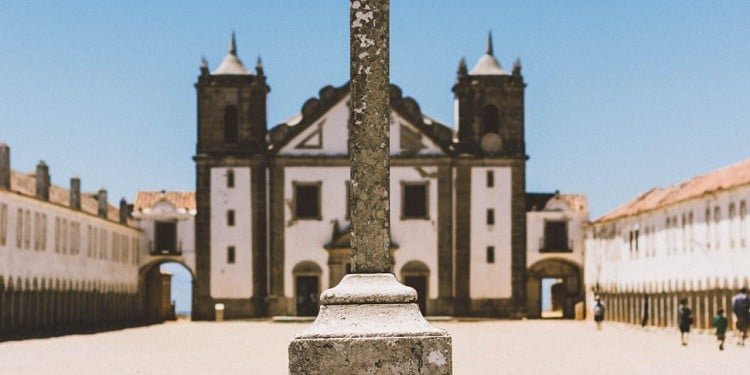 Theology For Life500 Years of the Reformation: Why We Need Revival and Reformation Today

Christ Alone as Central to the Reformation Solas

Reformation theology is often summarized by the five Solas. Scripture Alone (Sola Scriptura) stands as the formal principle of the Reformation, and the foundation of all theology. God’s glory alone (Soli Deo Gloria) functions as a capstone for all Reformation theology, connecting its various parts to God’s one purpose for creating this world and humanity in it. In between these two Solas, the other three emphasize that God has chosen and acted to save us by His sovereign grace alone (Sola Gratia), through faith alone (Sola Fide), which is grounded in and through Christ alone (Solus Christus).

To stand on the shoulders of the Reformers today, we need to take seriously these Solas. But to truly understand the substance of the Reformation Solas, and profit from them, we must also remember two points. First, all of the Solas are interrelated and mutually dependent. Second, without minimizing their mutual dependence, it is Solus Christus which uniquely unites the other Solas to bring us the full glory of God in the Gospel. Let us consider why Christ alone is at the center of the Reformation Solas and the rest of Christian theology.

Five Reasons Solus Christus is At the Centere of the Reformation

First, Christ alone offers coherency to Reformation doctrine. We come to know the glorious person and work of Christ only by God’s self-disclosure through the Scriptures. Yet, the Triune God speaks not simply to inform us, but to save us in Christ alone. We are saved through faith alone, but the object of our saving faith is Christ alone. Our faith in Christ guards us by the power of God and His grace alone. Yet, the purpose of God’s grace leads to, and culminates in, our reconciliation and adoption through Christ alone. In the end, the ultimate goal of God in our redemption is his own glory, even as we are transformed into a creaturely reflection of it. And yet, the radiance of God’s glory is found in Christ alone. The word spoken by God, the faith given by God, the grace extended by God, and the glory possessed and promised by God cannot be grasped apart from the divine Son who became a man for our salvation.

Second, the Reformers placed Christ alone at the center of their doctrine because Scripture places Christ alone at the center of God’s eternal plan for His creation. Despite the diversity of human authors, Scripture speaks as God’s unified voice by which He reveals Himself and the whole history of redemption—from creation to new creation. And this unified Word of God has one main point: the Triune God of the universe in infinite wisdom and power has chosen to bring all of His purposes and plans to fulfillment in the person and work of Christ. No doubt, the centrality of Christ does not diminish the persons and work of the Father and the Spirit. Rather Scripture teaches that all the Father does centers in His Son and that the Spirit works to bear witness and bring glory to the Son. Michael Reeves is on track when he states that “to be truly Trinitarian we must be constantly Christ-centered.”[i]

Third, the Christ alone of the Reformation reflects our Lord’s own self-identity. Jesus knew that He was central to the manifestation of God’s glory and the salvation of His people. On the road to Emmaus, Jesus explained His death and bore witness to His resurrection as the Messiah by placing Himself at the focal point of God’s revelation: “’Did not the Messiah have to suffer these things and then enter his glory?’ And beginning with Moses and all the Prophets, he explained to them what was said in all the Scriptures concerning himself” (Luke 24:26-27). He confronted the religious leaders for not finding eternal life in him as the goal of humanity: “These are the very Scriptures that testify about me, yet you refuse to come to me to have life” (John 5:39-40). And He was remarkably clear about His role as the anointed one entrusted with the end of the world: “The Father judges no one, but has entrusted all judgment to the Son, that all may honor the Son just as they honor the Father. Whoever does not honor the Son does not honor the Father, who sent him” (John 5:22-23). To follow Jesus, the Reformers rightly confessed that Christ alone is the person around whom all history pivots and the focus of all God’s work in the world.

Fourth, the Reformers emphasized the centrality of Christ alone because they accepted the apostolic witness to the person and work of Christ. The opening verses of Hebrews underscore the finality and superiority of God’s self-disclosure in His Son: “In the past God spoke…at many times and in various ways, but in these last days he has spoken to us by his Son…the radiance of God’s glory and the exact representation of his being…” (Hebrews 1:1-3a). Paul comforts us with the cosmic pre-eminence of Christ: “For in him all things were created: things in heaven and on earth, visible and invisible, whether thrones or powers or rulers or authorities; all things have been created through him and for him. He is before all things, and in him all things hold together” (Colossians 1:16-17). And Paul encourages our hope in Christ by declaring that God’s eternal purpose and plan is “to bring all things in heaven and on earth together under one head, even Christ” (Ephesians 1:9-10). The Apostles unanimously agree: Jesus is the most important person in God’s new creation work—a work that restores and surpasses what was lost in Eden. God brings forth a new, redeemed and reconciled creation by and through Christ alone.

Fifth, beyond the Reformation Solas, Christ alone is the center of all Christian theology. Herman Bavinck’s, Reformed Dogmatics is one of the finest works in systematic theology. Bavinck rightly taught that Christ was central to Christian theology and it was in His person and work that all theology found its coherence: “The doctrine of Christ is not the starting point, but it certainly is the central point of the whole system of dogmatics. All other dogmas either prepare for it or are inferred from it. In it, as the heart of dogmatics, pulses the whole of the religious-ethical life of Christianity.”[ii]

In late 20th century, J. I. Packer used the helpful analogy of a central hub that connects the spokes on a wheel. Packer explains that “Christology is the true hub round which the wheel of theology revolves, and to which its separate spokes must each be correctly anchored if the wheel is not to get bent.”[iii] And most recently, theologians like Michael Reeves have recognized the same truth: “the center, the cornerstone, the jewel in the crown of Christianity is not an idea, a system or a thing; it is not even ‘the gospel’ as such. It is Jesus Christ.”[iv] In short, our entire theology ultimately rises and falls with Christ alone. Only a proper view of Him can correctly shape the most distinctive convictions of Christian theology.[v]

Let me illustrate this truth with four theological examples. One of the most distinctive truths of Christian theology is the Trinity. Yet, this fundamental truth only comes to us by the divine Son’s incarnation. The Church confesses the tri-unity of God because Scripture reveals the coming of God the Son as a man in eternal relation to the Father and the Spirit. Christ alone opens our eyes to see the Father, Son, and Spirit working distinctly, yet inseparably, as the one Creator-Covenant Lord. Being human, we might think that the doctrine of humanity is comprehensible on its own. But we cannot understand who we are in all of our dignity and falleness apart from comprehending the person and work of Christ. Christ alone is the image of God, the last Adam—the beginning and end of humanity. And Christ alone is the hope of humanity.

The doctrine of salvation brings us even closer to the center of theology because it brings the other doctrines to intersect as God’s eternal plan progresses to its end. And yet again, even more clearly now, it is Christ himself, unique in His person and sufficient in His work, who makes sense of the why and how of divine-human reconciliation.

Finally, at the heart of the Gospel stands the doctrine of the atonement. In his classic work, The Cross of Christ, John Stott argues that fully understanding the biblical language regarding the death of Christ requires correct conclusions regarding the person of Christ and especially making sense of the cross as penal substitution.[vi] After surveying a number of options in Christology, Stott draws this crucial conclusion: “If the essence of the atonement is substitution…[t]he theological inference is that it is impossible to hold the historic doctrine of the cross without holding the historic doctrine of Jesus Christ as the one and only God-man and Mediator…At the root of every caricature of the cross lies a distorted Christology. The person and work of Christ belong together. If he was not who the apostles say he was, then he could not have done what they say he did. The incarnation is indispensable to the atonement.”[vii] In addition, by understanding the substitutionary death of Christ, we can look through His atonement to gain still more clarity in all other doctrines. e.g., the problem of human sin; the mercy and grace of God in sending His Son; the wisdom and goodness of God in His redemptive plan; God’s sovereign power in overcoming evil and restoring His creation. The glory of God in all His ways depends upon Christ alone.

Christ Alone at the Center of Theology

In truth, Christ alone is the central truth that connects all other theological doctrines. This is why if we fail to grasp who He is and what He does in His life, death, and resurrection, then all other doctrines will suffer. This is no small matter. Misidentifying Christ will cause confusion in the church and harm our witness in the world. However, if we rightly identify Christ in all His unique and exclusive identity and all-sufficient work, then we can proclaim the same Christ as the Reformers with the same clarity, conviction, and urgency.

Christ alone is not a slogan; it is the center of the Solas by which the Reformers recovered the grace of God and declared the glory of God. It must be so for us too. We cannot afford to pursue Christ alone as a mere academic interest. We must proclaim the excellences of Christ alone, “who called us out of darkness into his marvelous light” (1 Peter 2:9b). Living under the Lordship of Christ, it is our privilege to follow Paul and “proclaim [the supremacy of Christ alone], admonishing and teaching everyone with all wisdom, so that we may present everyone fully mature in Christ” (Colossians 1:28). For this proclamation, we want to stand with the Reformers to declare and delight in Christ alone to the glory of God alone.

There are many good things in life which legitimately demand our attention. Yet, it is far too easy to forget who is central to everything, namely our Lord Jesus, and that Christ alone must be central to our lives. My prayer is that Christ alone will become more precious to us and that in our individual lives and in our churches, we will commit ourselves anew to believing, living out, and proclaiming the unsearchable riches of Christ. 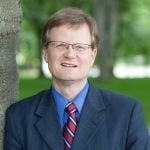