The earliest recorded instance about Charles Spurgeon’s conversion is found in his diary that detailed the period from April 6, 1850 to June 20, 1850.[1] In that diary he wrote, “Saved men and women date from the drawn of their true lives; to from their first birthday but from the day wherein they were born again.”[2] Spurgeon in a sermon at New Park Baptist Church on Sunday morning, the sixth of January 1856 stated that six years earlier, “As early as possibly at this very hour of that day,” he had come to Christ.[3]

Spurgeon was saved during December 1849 at a Primitive Methodist Church in Colchester, England. The preacher gave a very simple message from Isaiah, “Look unto me, and be ye saved, all the ends of the earth.”[4]  After explaining the text and what it meant for ten minutes, the preacher turned to young Charles Spurgeon and began preaching at him telling him that he needed to “Look to Jesus Christ and live.”[5] Spurgeon after hearing the good news responded as the Holy Spirit opened his eyes to new life.[6]

Shortly after his conversion, Spurgeon was asked to become a Sunday school teacher, which he did and became so successful that he was asked to address the whole school.[7] In ministering at the Sunday school, Spurgeon began to have a burden for a life of ministry. He prayed, “Make me Thy faithful servant, O my God; may I honour Thee in my day and generation, and be consecrated for ever to Thy service.”[8] In one of his letters to his parents he tells them that he wishes to be like his father– a successful preacher of the gospel.[9] Arnold Dallimore notes that what Spurgeon was experiencing was an unmistakable call to the ministry with his mighty gifts and his heart moved with a love for God and a love for the souls of mankind, it was inevitable that he should be a preacher.[10]

[3] C.H. Spurgeon’s Autobiography: Compiled from His Diary, Letters, and Records, by His Wife and His Private Secretary, Susannah, 129. 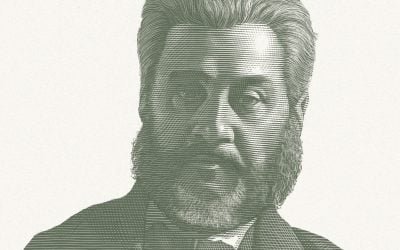 Spurgeon’s Secret to a Fruitful Ministry

Spurgeon's Secret to a Fruitful Ministry from Crossway on Vimeo. Alive in Christ Spurgeon himself was absolutely clear on why his ministry was so fruitful. He said, “It’s because I preach Christ. If I had not preached Christ and Christ crucified than this church would... 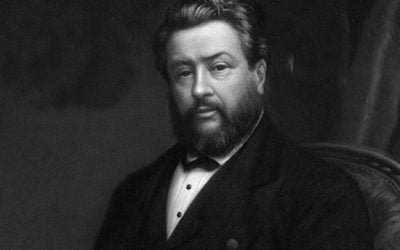 Spurgeon’s Wisdom: The Three Places of Blessing Around Our Hill

Each week I attempt to read a sermon by my favorite preacher, Charles Haddon Spurgeon. Recently I read a sermon from 1855, The Church of Christ.[1] In it Spurgeon sought to develop an argument on the clause from Ezekiel 34:26, “And I will make them and the places...

Spurgeon: “Shall the Eternal fail thee?”

“Fear not, thou worm Jacob, and ye men of Israel; I will help thee, saith the Lord and thy redeemer the Holy one of Israel.” (Isaiah 41:14) Get rid of fear, because fear is painful. How it torments the spirit! When the Christian trusts, he is happy; when he doubts, he...

The How, What, and Why Of Preaching The Gospel by Charles Spurgeon

“The saying is trustworthy and deserving of full acceptance, that Christ Jesus came into the world to save sinners, of whom I am the foremost” (1 Timothy 1:15) Paul had just described his ordination in 1 Timothy 1:12. He then went on to speak of the grace manifested...

Charles Spurgeon and the Word of God

Spurgeon and the Word of God             Spurgeon sought to preach the Word of God faithfully to his people, week in and week out. Spurgeon-- on verbal plenary inspiration-- stated that it is a fact and not a hypothesis.[1] He believed that the Bible was inerrant,...