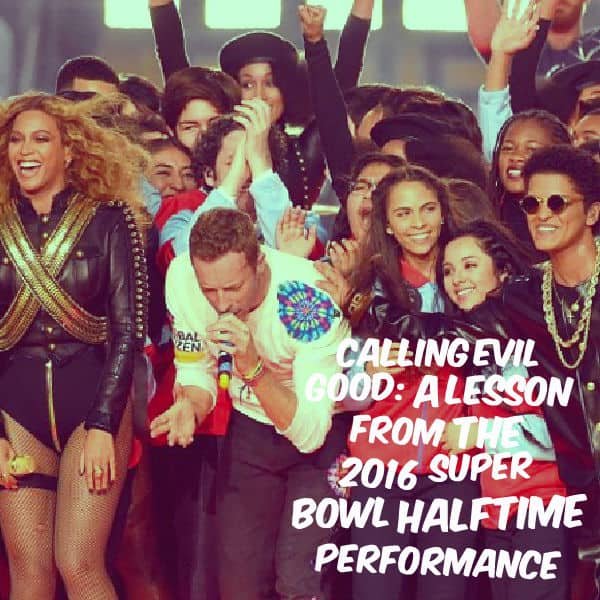 Another Super Bowl has come and gone. All the hype over the actual game and all the excitement over what company produced the most entertaining commercial will soon be a distant memory. What might remain somewhat vivid in our memories is the halftime show which again this year was nothing short of a celebration of sexual perversion and new age beliefs.

I was struck by the number of friends and family, many whom I know are believers, that again this year declared what an awesome performance they observed by the likes of Coldplay, Beyonce, and Bruno Mars. I certainly cannot deny these artists are talented. But where do their real talents like? I think this is an even more important discussion to have than whether they put on a good show. What was the underlying purpose of their show? Mere entertainment or a larger perverted message? I firmly believe it was the latter.

At the 2014 Super Bowl halftime show, Bruno Mars performed. Many described his performance as “spot on” and noted how he “brought it”. In an article that examines his hit song “Locked out of Heaven”, I outlined how Mars took biblical imagery and perverted it in order to promote a clear sexual agenda. During this year’s performances, the artists continued this recent tradition of promoting a clear sexually and new aged laced agenda. Let me explain.

The band Coldplay kicked things off. What was most notable about their performance was not necessarily an overt declaration of sexual perversion as took place with Bruno Mars in 2014. Coldplay was a bit more subtle in their efforts. Of particular note was the imagery they used, imagery which is awash on the cover of their latest musical release. If one takes a close look at the album cover below, a number of things jump out, some of which were repeated in their halftime performance. 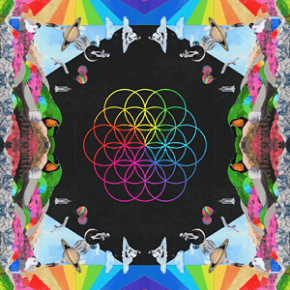 Note the confluence of circles. While artsy and arguably appealing to the eye, this is a symbol of the 19 circle flower of life which is a well-used element of sacred geometry. Mere coincidence you might suggest? Perhaps, but honestly I don’t believe in coincidences. While I am not into conspiratorial theories about the takeover of everything by secret societies, I do believe the wiles of the devil include subtle imagery such as this 19 circle flower of life that is connected to new age beliefs. The imagery of this flower of life resonated on the band’s equipment and the overall stage setup also was replete with new age symbolism. Could be coincidence, but as noted earlier, there are too many things to be just mere chance.

We also had Beyonce appearing in a sexually provocative outfit, dancing her way to the stage where she was later joined by Bruno Mars and later by Coldplay. The subtle (well not so subtle in the case of Beyonce’s outfit) sexual innuendos and messaging pervaded the Beyonce and Mars performances, concluding with an appeal to “Believe in Love” with the love being promoted being completely unrelated to the love God demands we attach ourselves to in Scripture. Love according to the display of sexual explicit imagery and subtle suggestions in yesterday’s Super Bowl halftime performance is one of self-seeking pleasure, the lust of the flesh God warns us against and the tactic used by Satan since the time of the Garden.

So what is the big deal you might ask? We all know they are not believers so what is your beef? My issue resides in an apparent inability for many believers to grasp the agenda that is taking place. This is a battle for the hearts and minds of people all over the world. Remember the widespread viewing an event like the Super Bowl enjoys. Millions watched it live and millions will watch YouTube videos and will see social media posts (Facebook, Twitter, Pinterest, etc.) that will perpetuate the imagery that was presented.

Parents especially need to be aware of this agenda. To be quite frank, children should not be allowed to listen to these artists or any artists that clearly promote an anti-God agenda in their music and behavior. Parents should have a conversation with their children to explain to them the message that is being promoted and why it is evil. This is not a game and it is not simply a collection of catchy tunes that are of no consequence to the hearer.

The people of God need to make themselves aware of what is transpiring in the entertainment industry and we need to remove our heads from the sand, turning a blind eye and a deaf ear to the agenda of the enemy. Supporting this agenda by giving it a hand clap, a supportive social media post, or for that matter by joining the throngs who support this type of approach to life is rather unacceptable, especially for believers in God. We are called to support a much different agenda, one that directs people to the God of the Bible, one that supports sexual purity, holiness according to God’s standards of behavior, and a message that focuses on mortifying sin rather than glorifying it.

We live in perilous times and the subtle wiles of the enemy are all around. Be aware of his tactics and do not conform to the ways of the world but rather be transformed in the renewing of your minds. Do not call evil good and good evil. Yesterday’s halftime performance was not good according to God’s standards, so be very careful about labeling it as such.