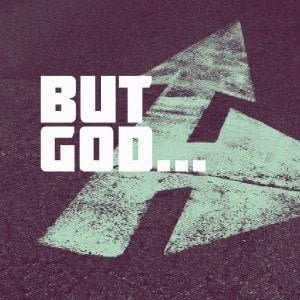 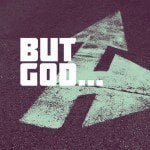 Ps. 73:26, “My flesh and my heart fail; but God is the strength of my heart and my portion forever.”

Rom. 5:7-8, “For scarcely for a righteous man will one die; yet perhaps for a good man someone would even dare to die. But God demonstrates His own love toward us, in that while we were still sinners, Christ died for us.”

Eph. 2:1-4, “Once you were dead because of your disobedience and your many sins. You used to live in sin, just like the rest of the world, obeying the devil—the commander of the powers in the unseen world. He is the spirit at work in the hearts of those who refuse to obey God. All of us used to live that way, following the passionate desires and inclinations of our sinful nature. By our very nature we were subject to God’s anger, just like everyone else. But God is so rich in mercy, and he loved us so much, that even though we were dead because of our sins, he gave us life when he raised Christ from the dead. (It is only by God’s grace that you have been saved!)”

Quick quiz – What do the verses listed above have in common? Hint: It is something seemingly so small yet so significant. Give up? They all have in common the two word phrase – “but God”. Each passage presents an initial statement, one of evil, distress, death, or lack of understanding. Then almost as a breath of fresh air and comfort we find those amazing words “but God”.

So what is meant by “but God”? But God what is certainly a right question to ask. Looking back to English class, we know the word “but” is a conjunction used in a sentence to present a point of contrast. This happened, but then this other thing happened. You said this, but I said this. Two usually opposite events or actions compared to one another.

We find this linguistic principle in the six verses noted above. In the case of Joseph, his brother’s meant evil against him, but God meant it for good. The Psalmist notes the reality that those consumed with vanity will be consumed, but God will redeem the righteous from death. Also noted by the Psalmist is the tendency for man’s heart to fail, but God is the source of strength. Paul declares that while our finite and mortal eyes cannot comprehend spiritual things, but God will reveal these spiritual truths through the Holy Spirit. We were dead in our trespasses, but God in His mercy redeemed us through Jesus.

But God presents a change in direction from a place of death, uncertainty, separation from God, and spiritual blindness to a place of life, certainty, relationship, and the Holy Spirit writing God’s Word on our hearts. Those who have experienced “but God” in their lives understand what this is all about. But God is a demonstration of who God is and what He is all about.

There is no element of “But I” found in Scripture. That idea is rooted in the belief that man can somehow through their own efforts right wrongs, escape death, or find eternal life and restoration with God by being just good enough. It is only through a “but God” that lasting change and redemption with our Creator occurs.

Do you need a “but God” moment in your life? We are promised in Scripture that those who seek the Lord will find Him. It is because of the “but God” principle that we can even find Him when we knock on His door. If you realize a change of direction is in order and that you are going down the path that leads to eternal destruction, it is time for a “but God”. When we are dead in our sins, “but God”. When we can’t seem to understand, “but God”. When evil seems to be pressing in all around us, “but God”. During those times when you are sharing God’s Word with someone, it is not ultimately your eloquence or scholarly aptitude that melts a hard heart. It is “but God”.

Two such simple words with so much impact.