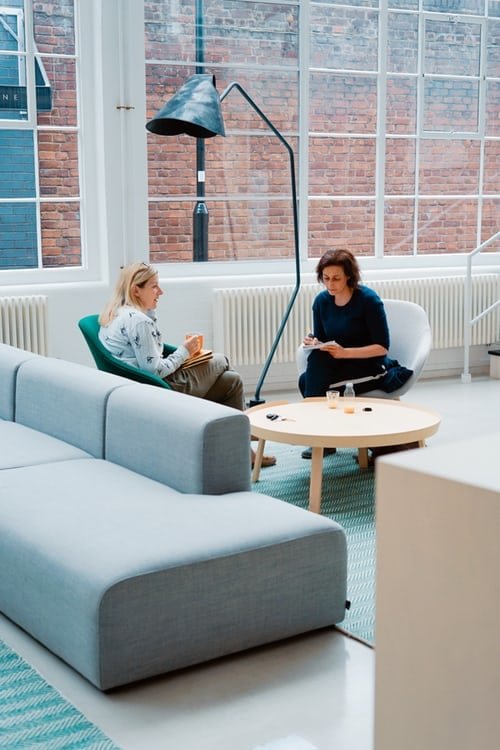 Blessed Are the Peacemakers: Six Old Testament Lessons for the New Testament Church

When the Western tribes of Israel heard that Reuben, Gad, and the half-tribe of Manasseh built an altar near the Jordan River, they were ready to go to war (Josh. 22:10–12). This altar threatened God’s favor on Israel, and the obedient sons of Israel were ready to act. Fortunately, before they took up swords against their brothers, they sent a delegation to inquire about this altar.

This peace-keeping mission is what Joshua 22:10–34 describes, and in these verses, we find a tremendous model for peace-making in the church today. In what follows, we will consider six priorities for genuine reconciliation.

When the Western tribes learned of the altar, they gathered at Shiloh to make war. Only before proceeding on that path, they sent a priest by the name of Phinehas. Phinehas is well-known to us because of his actions in Numbers 25. There, he atoned for the sins of the people by taking a spear in his own hand and killing Zimri and Cozbi. This appeased God, ended the plague brought on by Israel’s sexual immorality, and proved Phinehas’s faithfulness as a priest.

Now, following his lead, the delegation of Israel went to inquire of their brothers. What becomes apparent in this peace negotiation is that these brothers acted in faith and did not sin against God or them. Thus, a faithful priest was necessary for making peace. Only now, with the split between the tribes of Israel, peace is made by putting the sword down and not going to war. The lesson in this is that a faithful priest knew how to divide clean and unclean (Lev. 10:11). Phinehas excellence, therefore, is proved by his ability to make this decision.

At the same time, it is vital to see that a priest is still needed to make peace. In the new covenant, Christ is the peace of his people, one who has made peace by his cross and one who preaches peace to those far and near (Eph. 2:14–17). Moreover, Jesus lives to intercede for his brothers (Heb. 7:25). Thus, the unity of the church is preserved by Christ and his priesthood.

Likewise, Jesus, as our great high priest, also teaches God’s people how to be priests to one another. As Matthew 5:9 says, those who make peace prove themselves to sons of God, which is to say, they prove themselves to be faithful priests in God’s household. (Faithful sonship was always the source of true priesthood). Today, if the church has any unity, it is because Christ is the one who is mediating the new covenant and praying effectively for his people to become peace-makers.

Second, peace requires a willingness to go to war against sin.

After Joshua commends the Eastern tribes for their obedience (vv. 1–9), we learn that these warriors built “an altar of imposing size” on the way home (v. 10). Importantly, verse 11 includes that this altar was built “in the region about the Jordan, on the side that belongs to the people of Israel.” In other words, this altar was built West of the Jordan.

Rather than dismissing this as someone else’s problem, the tribes respond rightly. They gather together at the Lord’s house (v. 12), seek the assistance of the priests, and set out to address the problem. This kind of proactive, passivity-denying action is what it takes to make peace.

Peace can never prevail or continue where sin is suspected, and God’s people say nothing. In the church, we are our brothers’ keepers. Elders are called to seek straying sheep. Members are called to pray for and pursue sinning members. This is never easy; it is a spiritual war. But the goal of this war is not the destruction of those whom we share a covenant; it is the way God protects the flock. It is also the way God’s people keep pure God’s church and promote peace in their midst.

Peace-making also depends upon truth-seeking. Too many people lose truth as they seek peace. This peace-faking, not peace-making. For true peace can only occur when the truth is discovered and embraced. There is no enduring peace without truth, and thus peace-makers must be truth-seekers. (A later example of this is found in Zechariah 8, where truth is the prevailing theme of Zion’s peace).

One example of peace-making gone bad is the church at Corinth. There, Paul excoriates the Corinthians for making peace with the adulterous man (1 Corinthians 5). Paul calls them to action because they have sought peace over truth. Another example of peace-making devoid of truth is that of Pontius Pilate. He sentenced the Prince of Peace to death because he cared not about truth (John 18:38).

From these two examples, we learn that peace-making can occur when sin has occurred and when sin has not occurred. Every case (i.e., person) must be considered separately. There is no single protocol for peace-making, except that truth must always prevail. Peace devoid of truth will never produce lasting peace.

Thankfully, in Joshua 22, the result of Israel’s action is a greater unity between the tribes, short-lived as it may be. Phinehas led the people to seek the truth, and when the truth came to light, all parties were able to rejoice in the good news that no had broken faith. Imagine the lasting damage that would have been done if accusations had led to judicial sentencing and war. Thankfully, Phinehas led Israel to the truth and the peace that comes with it.

When Hebrews 5 describes the ministry of the priest, it says they are to be sympathetic toward the weaknesses of others. In Jesus’ day, that never happened. The priests and Levites served themselves and had little compassion for the poor in Israel. This is in large measure why Jesus cleansed the temple—it had set up money-making schemes in the court of the Gentiles, hence denying these God-fearers a place to seek God’s peace.

Not so in Joshua 22. What is striking about the delegation that Phinehas leads is that they do not come with a heavy hand. They address the sin, saying, “What is this breach of faith that you have committed against the God of Israel in turning away this day from following the Lord by building yourselves an altar this day in rebellion against the Lord?” But notice, they lead with a question, not an accusation. Even more, they offer a way of escape for the Eastern tribes (see Josh. 22:17–20).

Filling their appeal with past and present works of God in their midst, Phinehas and the ten chief leaders offer these tribes a place to live on the side Western side of the Jordan. This is an incredible offer, because it would require sacrifice from everyone of the ten tribes. Yet, so great is their concern for their brothers that they extend their resources to procure peace.

We can learn much from this action today:

All compassionate attempts at peace-making will fail if the person receiving the inquiry is smug, stubborn, or self-justifying. Thankfully, the Eastern tribes are anything but proud-hearted. They model humility and immediately evidence a desire to please God. This is the obedient heart that won them the commendation of Joshua (22:1–9); it is also the kind of heart that is needed to enjoy peace today.

Truly, verses 21–29 model the kind of response that a repentant heart should have. For instance, they begin with praise to God (v. 22). They follow their Godwardness with a self-denying oath (vv. 22–23). That is to say, they call down God’s judgment upon them if they had broken faith. They don’t defend themselves, but make themselves open to inquiry.

Next, they explain their motives, which prove to be identical to the Western tribes—they both long for their children to be participants in the covenant and worshipers at the Lord’s house (vv. 24–25). Then, instead of sidestepping the construction of the altar, they declare it is for the purpose of witnessing and not sacrificing (vv. 26–28). This memorial purpose is innovative but not illegal, like sacrifices to foreign deities would have been (see Deut. 12:2–7). Finally, Reuben, Gad, and Manasseh close with a vow of commitment to worship at the tabernacle of God (v. 29).

All in all, the humility and faith of these brothers are seen in their self-denying, God-centered, faith-proclaiming response. They do not excuse themselves, nor do they question why they are being questioned. They demonstrate the kind of humble faith that is necessary to maintain peace. May God help us to exhibit the same kind of humility.

Sixth and finally, peace is something God gives, and God’s people maintain.

While it may sound like Phinehas and the obedient sons of Israel produced this peace on their own, it must be remembered that true peace is always something God gives. It is not, contrary to the wishes of many, something fallen humanity can produce.

In the context of Joshua, it is Joshua who gave the people rest and peace in the land. Yes, Joshua is only a man, but as a type of Christ, his success in bringing peace signifies the role he had as “God’s Salvation.” As we can seen throughout Joshua, it was because of his obedience to God that the whole nation prospered. Thus, Joshua 22 is an outworking of the blessing Joshua pronounced on the people.

In this way, the peace that the people maintain in Joshua 22 is not something they fabricate, but something they preserve. Just as Ephesians 4:3 urges Christians who share one baptism, one faith, one God, etc., “to maintain the unity of the Spirit in the bond of peace,” so Joshua 22 proves that this peaceful concord is not the product of mankind, but an application of the previous covenant unity that Joshua secured.

Understanding peace in this way teaches us that it is something we must maintain today, as well. Indeed, when we experience divisions in the church—from sin or any number of other factors—we do not need to create a unity. Nor do we need to find resources or various analytical tools outside of God and his gospel. We need to remember the unity we have in Christ, and learn to live out that reality by the power of the Spirit.

This is what Joshua 22 teaches, albeit in the historical garb of Israel. And with Christ as our great high priest today, the same call to make peace is given to the Church. Therefore, let us pray and perspire to see this Christ-centered unity formed in our local churches.