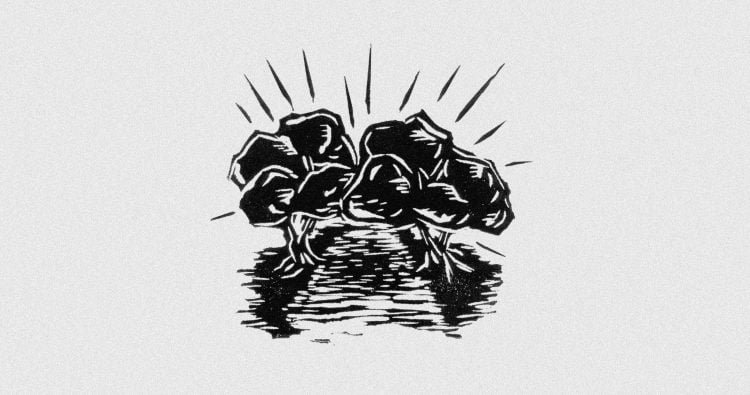 A Biblical Theology of the City of God

What Is the City of God?

The apostle John’s vision of a gigantic, golden city brings the book of Revelation to a dramatic conclusion. The vision recorded in Revelation 21:1-22:5 forms the climax to a series of amazing visions that reveal through rich imagery God’s plans for humanity and the world. The descent of this extraordinary city from heaven to earth marks the goal of God’s creative and redemptive activity.

John’s vision of the city abounds with imagery drawn from the rest of Scripture. Elements of the Garden of Eden reappear in Revelation 21-22, especially the tree of life (Rev. 22:2; Gen. 2:9; 3:22-24). Importantly, in New Jerusalem, the consequences of Adam and Eve’s expulsion from Eden are fully reversed. People are no longer barred from eating of the tree’s life-renewing fruit. God and humans enjoy each other’s presence, living together in perfect harmony.

The creation of New Jerusalem does not occur as an unexpected development, a belated after-thought in the mind of God. On the contrary, from the very beginning of creation, God intended that people, made in his image, should inhabit with him an earthly city.

When creating them, God instilled within people an innate desire to be city-builders.

This expectation, which permeates the whole of Scripture, is reflected in the process by which God patiently and graciously redeems humanity from their enslavement to the powers of evil. Much of this process centers on the atoning sacrifice of Jesus Christ, who ransoms from death all who trust in him. Jesus Christ’s activity is intimately linked to the creation of New Jerusalem.

As the definitive Davidic king, Jesus Christ’s role as city-builder is prefigured by his royal ancestors, especially David and Solomon, who established ancient Jerusalem as God’s temple-city. With good reason, the city of David foreshadows New Jerusalem, but the latter far exceeds the former in size and splendor.

When creating them, God instilled within people an innate desire to be city-builders. This inclination to live in community is not lost when Adam and Eve are expelled from the Garden of Eden for disobeying God. The author of Genesis notes briefly that Cain began the construction of a city, which he names after his son Enoch (Gen. 4:17). Later, in Genesis 11, the account of the building of Babel has an ominous feel, as the earth’s population joins together to create a city that will define their existence, standing in opposition to God. This city, which is the antithesis of the earthly metropolis that God desires to create, is called Babel, the Hebrew name for Babylon.

Throughout Scripture, Babylon symbolizes humanity’s rejection of and antagonism towards God’s sovereignty. The citizens of Babylon yearn for absolute autonomy so that they alone may determine their own future. In doing so, they arrogantly dismiss their true status as God-created and God-dependent beings. In the book of Revelation, ‘Babylon’ exists today in contrast to the New Jerusalem that is yet to come (cf Rev. 17:1-18:24 with Rev. 21:1-22:5).

Against the background of Babel, God initiates through the patriarchs Abraham, Isaac, and Jacob a process to reclaim the earth from the impact of human corruption, with the aim of creating a city where he will dwell with redeemed people from every nation, tribe, and language. In anticipation of this goal, and by way of foreshadowing it, God redeems unjustly enslaved Israelites from the grasp of a despotic, Egyptian tyrant so that they may dwell with him in his holy city. After God miraculously rescues them from a ferocious assault by Egyptian charioteers, the Israelites anticipate their future with God, when they sing:

This prediction is partially fulfilled after David captures Jerusalem from the Jebusites (2 Sam. 5:6-10), establishing the city as the capital of the territory promised by God to the patriarchs. At Jerusalem, on Mount Zion, Solomon constructs a temple to house the ark of the covenant, the footstool of God’s heavenly throne. Here God comes to dwell, as his glory fills the temple (2 Kgs. 8:10-11), as it had previously filled the tabernacle (Exod. 40:34-35).

While God’s presence sets Jerusalem apart from every other city, making it an object of praise, as reflected in Psalm 48 and elsewhere, the ancient city merely foreshadows a more glorious city that is yet to come. As the Old Testament prophets highlight, the citizens of ancient Jerusalem fail to maintain the holy character of the city.

Toward the end of the 8th century BC Isaiah anticipated not only the destruction of a corrupt Jerusalem by the Babylonians and its restoration under a Persian king, Cyrus, but he foresaw a time when God would establish a more glorious Jerusalem, free from every kind of evil (cf. Isa. 62:1-12). To this end, Isaiah predicted that God would create a new Jerusalem, an action that would be equivalent to creating ‘new heavens and a new earth’ (Isa. 65:17-18).

The Old Testament hope of a radically transformed Jerusalem shapes expectations regarding the future found in the New Testament. As the apostle Paul observes in Philippians 3:20: “Our citizenship is in heaven, and from it we await a Savior, the Lord Jesus Christ.” While Jesus’s followers are citizens of the heavenly Jerusalem, they must await his return before New Jerusalem will be established on a renewed earth, bringing to fulfillment God’s purpose in creating this world. 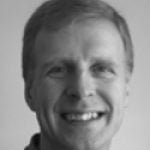 T. Desmond Alexander (PhD, The Queen’s University of Belfast) is senior lecturer in biblical studies and director of postgraduate studies at Union Theological College in Belfast. Alexander is the chairman of the Tyndale Fellowship for Biblical and Theological Research, served as coeditor of The New Dictionary of Biblical Theology, and has written many volumes in the area of biblical theology. T. D. is married to Anne, and they have two adult children.