Biblical Manhood: Superheroes, the Apostle Paul and You

Biblical manhood is an idea that is extremely neglected in our society today. Popular culture emphasizes to men that they are to be like their favorite sports hero — super-strong or superhuman, able to conquer all and take no prisoners. The problems with this are many from the fact that it promotes pride which God hates to it not being the picture we see of the man of God in the Bible.

One way we can get a proper idea of biblical manhood is to learn from the Apostle Paul. Remember what Paul was like before he got converted? He persecuted the church, threw Christians into jail and ran around everywhere all in an effort to stop Christianity. Yet Paul was stopped dead in his tracks on the road to Damascus. God got a hold of Saul and turned him into Paul. Paul was told he would suffer greatly for the name of Jesus and suffer he did. Before his conversion, Paul relied on his own abilities to make things happen; however, after he got saved, he relied on the power of God in the Gospel to energize him and his ministry. This is the key to biblical manhood, namely that we become weak rather strong. In our weakness God is made strong. That idea is so countercultural to the present day that it can no longer be assumed that we understand what it means.

The average man is inundated everyday with temptation from the secretary whose skirts are just a bit too tight, to that “girl” walking down the street wearing that shirt that is way too tight who wants to grab your attention.  How is a man to avoid temptation and not succumb to the spirit of the age? While every man has points where he is tempted, most men are particularly vulnerable to the lust of the eyes, an issue the Apostle John talks about in 1 John 2:16. Satan knows men are visually oriented which is why in order to fight the lust of the flesh we need to find our satisfaction in Jesus and for those who are married, in the arms of their wife. First we will consider what it means to be satisfied in and by Jesus, and then conclude by addressing our relationships with our wives.

Jesus is Lord in and over all things. The Bible teaches us He is the Firstborn over all creation, the rightful ruler of Creation, High Priest over His people, the Chief Shepherd, and much more. Jesus bled, died, and rose for His people. Through Jesus’ death, Christians can put to death their sin, live for Him, and testify of Him. When I talk of being satisfied in Jesus the focus is that of finding Him to be all that we need. I’m talking about the supremacy of Christ in and over all things as well as that precious truth, the treasure of the ages, Jesus Himself. Jesus is our treasure and in Him our soul ought to rejoice at all times for His great grace has saved His people, is sanctifying them, and will one day glorify them. Jesus is not just the personification of biblical manhood — He is the source of it. In Jesus we see how the God-man ministered to the broken and thundered against the religious. In Jesus we see that a biblical man is compassionate towards the hurting, who walks alongside of the struggling, who forgives quickly, who brings a message of reconciliation and healing for broken people, and who sets the captives free. While ultimately Jesus does all of these things, as Christian men we have a message to share, that of the reality that in Jesus, the power of God is revealed as well as the fact that God uses godly men to do all that I just described through the work of the Holy Spirit.

The man interested in biblical manhood knows the danger and allure of sin. Look at King David. Rather than going out to battle, he was enticed by Bathsheba and we know how that story went.  Uriah was sent out to the front lines of battle to be killed. A real man knows he needs something worth living and dying for. Real men know they have met their match in Jesus and bow before the brilliance of the Cross of Christ.

Crucial to understanding what it means to being satisfied in Jesus is the point I’ve been making throughout this article, namely that when we are weak He is strong. It is not in our own strength, might or intellect that we are going to be biblical men. When we follow after our own way we will stumble and fall every single time. At every turn and in every situation as men we need to admit we are weak. It is precisely at this point that the Gospel is good news. God takes our feeble efforts and weaknesses and uses them for His glory. That is the best news in the world. It means I don’t have to be a superhero or be “Mr. Muscle Man”.  I do need to be like Paul who recognized that the Christian life from beginning to end is all about grace (1 Corinthians 15:10).

Men, our wives need us to be biblical men. A man who believes in biblical manhood looks the other way when the girl in the tight skirt, tight shirt, or provocative clothing walks by attracting attention.  A man demonstrating what biblical manhood is all about will look the other way because they are satisfied in and by Jesus. A biblical man finds in Jesus his satisfaction which provides the ground for loving his wife and putting off the flesh with its desires. All of this is because of Jesus. In other words, because of being satisfied in the sufficiency of Jesus, find your wife to be your standard of beauty and be satisfied in her love for you.

While the message of biblical manhood is revolutionary in a culture that teaches men they have to be either wimps or superheroes, the Bible paints a vastly different and much better picture. The biblical man is a man whose life and thought is centered on the Word of God, that is saturated in the gospel and whose life glows with the love of God. Through Jesus the biblical man loves others because he knows it isn’t about him but rather all about Jesus. In other words, the biblical man is putting his sin to death because of Jesus and putting on Jesus. Just as that message was revolutionary in the first century so it is today.  It a message that turns lives upside down and inside out by calling men to abandon their strength for God’s strength and for His character in Jesus. Jesus is more than the ultimate superhero.  He is the Son of God and the Son of Man and through Him all men have met their match and one day will bow before the brilliance and splendor of the King of Kings. That is why biblical manhood begins and ends with Jesus. At all times, the biblical man is met by Jesus in His life, death, burial and resurrection and is empowered through the Holy Spirit to make much of Him in and through their lives in a world that is confused about what biblical manhood is all about. Men, by the grace of God rise up and testify of what biblical manhood is all about! Our wives need biblical men not whiners. Our world needs biblical men, men of conviction to rise up to lead in politics, in our churches and in our world. 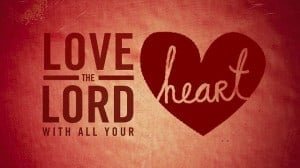 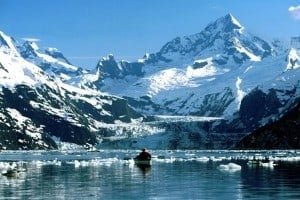