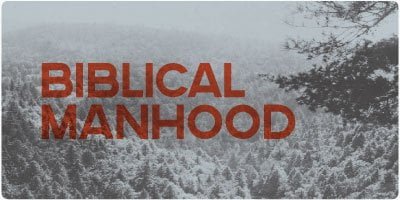 One of my many concerns about manhood in our day stems from modern notions of strength. When we think of strength as men we think of that massive offense lineman whose bulked up through a good diet and lifting weights. We’ve been taught as men from a young age to seek after being men of strength. We were taught to hold back those tears and to be macho. Almost everything we’ve been taught about manhood is completely wrong and not biblical. Biblical manhood begins with Jesus who is not only the example of what a man should be but is our Savior, Lord, King, and God. The command to love our wives is rooted in His command to obey His teaching. The only way we can obey God is not only because of His grace but because the Holy Spirit empowers us to do so.

True godly strength is about knowing when to use your position as head of the home and when not to. Godly strength is measured not demonstrative. Yet this is exactly what many men in my generation have been taught. We see how our fathers yelled at our mom’s and we think that’s okay but deep down we know it’s not. We also know it wasn’t okay when our dad’s yelled at our mom or when they yelled at each other. We know deep down that there is something better. We know that these are the effects of the Fall. Just like you know, men that looking at pornography isn’t what God expects of you. Instead of living up to God’s commands and standing in Christ you instead give up. I want to call you to stand up and in Christ in this article. I want to call you to steady yourself in light of Christ. Won’t you stand now! Wake up o sleeper Christ is coming again! Praise His name!

Men, I plead with you today to stand in Christ. To stand saturated and trenched as you are in the love and greatness of Christ. He is not just some example for you to follow. He doesn’t call you to just believe and then do nothing with what you believe. God calls you to obey Him and provides the means for your obedience through the present ministry of the Holy Spirit.

The lie of worldliness for many men is seductive. Many men have heard and heeded the siren call of worldliness instead of the summons of King Jesus to come hither to His throne of grace for mercy and help in time of need. The seductress that is the world promises us much. It tells us that we can be happy, but the truth is we won’t be happy—we’ll be guilty. Instead of happiness, worldliness promises much but results in guilt and shame. Jesus came to deal with our worldliness. He came to address our shame and guilt before God. He died in our place and for our sin to take away our guilt and shame. To not only address it but to carry it away. Jesus took our guilt and shame and carried it away into a sea of nothingness so now by His shed blood, we can stand in Him no longer under condemnation but in Christ.

Many men live in condemnation instead of freedom. Christ has come to deal a death blow to condemnation. When you were transferred from the Kingdom of Jesus to the Kingdom of Jesus, He signed and sealed you with His own blood. You’ve been adopted as a child and signed, sealed and delivered by King Jesus. This is where we need to come, men.

In order to raise the standard of manhood in our churches, we must come to Christ. We must see and know Christ in the brilliance of His splendor. We must be undone as Isaiah was in Isaiah 6. He was undone because he saw his sin. As men, we come to the end of ourselves today by acknowledging our need for Christ. We come to the end of ourselves by refusing to trust in and boast of our good works. While our work is important, we need to trust and rely on the works of Christ first and foremost. This is especially true those of you who have a long history and patterns of behavior of impurity, anger, bitterness. Your struggles are real. They take time to overcome. But rest assured because of Christ you who are enslaved can be made free. That truth is guaranteed by Christ for He came to set the captives free and bring liberty to the captives.

Are you tired of being a captive? Are you tired of living for yourself? Look to Jesus. He is your relief. He invites all who are weary and heavy laden to find rest in Himself. He is your rest. But not only is your rest, He is your life. He came to bring you who are dead in sin to new life in Christ. Not only new life but to a new hope with new affections, a new identity and to take away your old heart and give you a new one. This is the promise of the new covenant which Christ died for you to have. And now men stand because of Christ.

It’s time to stand up. It’s time to raise our standards for purity to God’s. He who has called you is holy. Holy, holy, holy is the Lord. Because of Him you can reflect His holiness in the world. You can shine His light. Together, we can shine the light of Christ, and march on for this is the battle cry of the gospel. This is also what men who understand biblical manhood do. Biblical men love their wives, are faithful to their wives, and serve in the local church because of Christ. They stand and serve and do all they do because of Christ. They do it because Christ gives them strength in their weakness. So now man of God grow ever in His grace and stand now in His grace. Be the man God has called you to be. Men, be a repenting, God-fearing, Jesus-loving, Church-attending, Gospel-proclaiming and servant-hearted son of the King you are. That is a radical call in an individualized culture that devalues institutions I know, but it is God’s call to you. So I pray you’ll hear it, heed it, and obey it by His grace. For when God commands He always empowers His people to obey His commands.