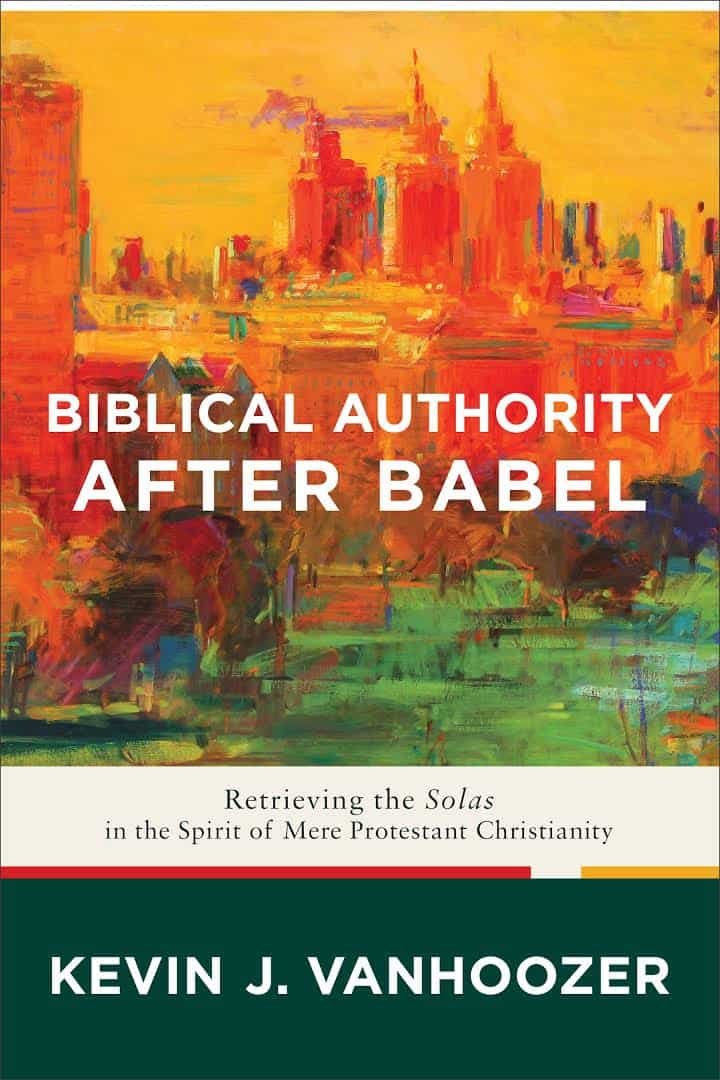 “The problem is not biblical authority but how to negotiate the conflict of interpretation of that authoritative source” (21). Vanhoozer states the problem outright, the tension that we feel when we read our Bibles, individually and corporately. Most of us affirm the Word of God as authoritative, so that’s covered. But these questions remain, “How can one have say-so over another?” Also, “Why does this tradition have the right to make an authoritative interpretation of the Bible over against another?” Lastly, “How do we determine whose views are the one’s to follow, which ones are tolerable, and which ones should be rejected and not invited to the table?”

As we grasp for answers to these complexities, some have taken the liberty of casting blame for these problems. Some have looked to the figures of the Reformation as unnecessarily stoking the fire to cause dissension. Others say our broader identification of “evangelical” is a more-confusing-than-its-worth label. Still, others say even Protestantism itself, born out of a conviction to be against something, is where the divide began. How do we retrieve a mere Christianity?

Vanhoozer says that to do this, let’s bring back the Solas, the priesthood of all believers, and catholicity. The Five Solas – grace alone, faith alone, Scripture alone, Christ alone, to the glory of God alone – are the “first theology of mere Protestant Christianity” (27), and the priesthood of all believers and catholicity are the practical outworkings of these truths within the Church. Vanhoozer sets out to retrieve all of these doctrines, which means “to look back creatively in order to move forward faithfully” (24). Vanhoozer then organizes the work around these Solas, giving each one extensive treatment (about 30-40 pages each) before concluding his thoughts.

I’ll spare you a deep exploration into all of Vanhoozer’s arguments because I think the book is worth it that much to read yourself. If you’ve ever read Vanhoozer, you know you’re getting first-tier scholarship that’s not too cold or out-of-reach. Vanhoozer has a way of writing winsomely and sensitively that makes his works pragmatic for learned theologians as well as the layperson. And this book certainly keeps within that stream. Don’t get me wrong; it’s dense. But its implications will help us see the Reformation, its figures, and pillars, as a critical component to uniting the church, not dividing it.

Vanhoozer ends each chapter with a summation of his arguments through four theses each. These are extremely helpful banner points he gives us to state his positions throughout the book. Here are a few of the key theses Vanhoozer discusses at length throughout the book:

“Mere Protestant Christians are interpreters who themselves are caught up in the triune economy of light and who therefore read the Bible as children of light” (66).

“Mere Protestant Christians believe that faith enables a way of interpreting Scripture that refuses both absolute certainty (idols of the tower) and relativistic skepticism (idols of the maze)” (105).

“Christ authorizes both the congregation as a whole and its officers in particular to minister the same word in different ways” (174).

Overall, Biblical Authority After Babel frees us from the hubris of interpretation and incorporates church unity, catholicity, and the unity-driven Solas into our understanding of reading, teaching, and living God’s Word. I appreciate Vanhoozer’s clarity, wit, and deep study in the present volume, and know it will help me in the future.