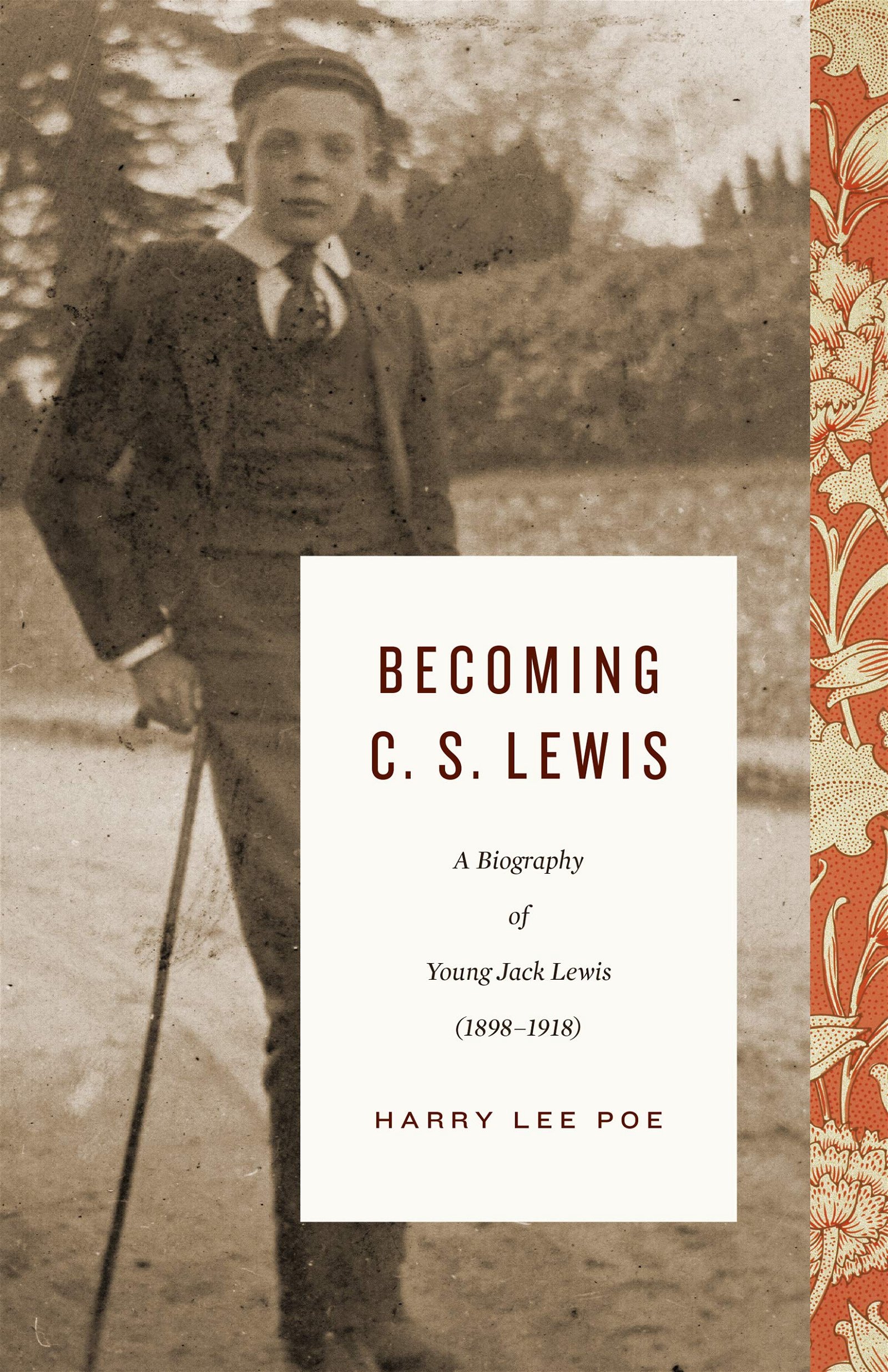 Clive Staples Lewis is arguably one of the most well known Christian writers of all time. Much is known about his adult life and his story of conversion from atheism to Christianity. What is not as well known, however, is his early life and formative years. Most Lewis biographies discuss his youth briefly and move quickly to his adult life, which is what Lewis historian Harry Lee Poe has set out to correct in his trilogy of biographies on C.S. Lewis. His first volume Becoming C.S. Lewis 1908-1918, published by Crossway, focuses exclusively on Lewis’ early life. These formative years are essential in understanding who and what shaped young Jack Lewis.

Lewis was raised in a nominally Protestant Irish family during the early part of the twentieth century. His mother died when Jack was nine years old, leaving his father to raise him and his older brother Warnie. Like any parent with modest means, Albert Lewis wanted to provide his sons with the best education he could afford. In 1908, a young Jack Lewis was sent to Wynyard School on an English isle near London. In his autobiography Surprised by Joy, Lewis describes Wynyard as a concentration camp. Whether or not it was relatable to such atrocities cannot be determined, but Jack despised the school to say the least. It was at Cherbourg School in Malvern (1910-1914) that the views of young Jack began to change. He started reading more Norse mythology and also distanced himself from the religion of his upbringing.

The Influence of Arthur Greeves on Lewis

One of the major influences on who C.S. Lewis would become was his lifelong friendship with Arthur Greeves. Most of their friendship took place through written correspondence, which is why historians and Lewis scholars know so much about their relationship. Greeves and Lewis were unlikely friends, yet this speaks to why they remained close friends for so long. Both young men grew up near one another in Ireland, but Greeves battled illnesses that caused him to stay inside most of his life. They both loved books, especially Norse mythology, and discussed them often in their correspondence. Throughout their friendship, Jack confided in Arthur about aspects of his life that he would not share with anyone else, even his father or brother. Greeves remained a Christian throughout his life, while Lewis lost his faith only to gain it back later in life. The steady influence of Greeves on young Jack was a major part of his later conversion back to Christianity.

The Influence of W.T. Kirkpatrick on Lewis

Another significant influence on the young Jack Lewis was W.T. Kirkpatrick, also known as Kirk or the Great Knock. After Lewis finished at Malvern, Albert Lewis secured a private tutorship with Kirkpatrick in order for Jack to prepare for entrance into Oxford. For a period of three years, Jack lived with and studied under Kirkpatrick at the Great Bookham. It was here that Lewis gained independence from his father and grew into a young man. He started thinking on his own and continued to distance himself from the religion of his childhood. Kirkpatrick was an outspoken atheist, which helped Lewis continue down that pattern of thought. Logic ruled the day for Kirkpatrick, and Lewis was trained to trust anything only if it could be observed or determined by reason. Without knowing it at the time, this training helped Jack become the thinker and writer he would become later in life.

Lewis Preparation for World War I

The book culminates with Lewis’ first few months at Oxford in preparation for service in World War I. It was at the Oxford officer training corps that Jack met Paddy Moore, whose mother Janie Moore, he would take care of for the rest of her life. Mrs. Moore plays a significant role in Jack’s life from 1918 onward. By the grace of God, Lewis would be wounded in battle but not in a life-threatening manner. He was wounded enough, however, that he would not go back to the front lines. After the war, Jack would return to Oxford to complete his studies and prepare for the man he would become. A man whose writings are still read the world over.

Dr. Poe does an excellent job of bringing to life to early years of C.S. Lewis. It is during the years discussed in the book that set the stage for the man Lewis would become. Although he didn’t know it at the time, much of his education and formal training would set him on a path to change his mind and heart once again about the Christian faith.

I highly recommend this book to any fan of C.S. Lewis whether a trained academic or casual reader. Dr. Poe writes in an approachable prose that makes accessible the life of young C.S. Lewis. All glory to God for the way he works in the lives of individuals to bring them to faith. Many times this can only be seen at a distance and this book accomplishes that aim admirably.