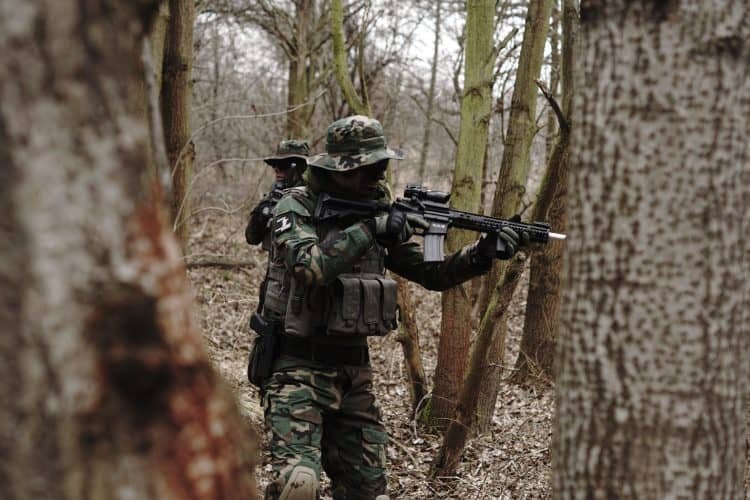 Be Watchful Be Vigilant

“Brothers, if anyone is caught in any transgression, you who are spiritual should restore him in a spirit of gentleness. Keep watch on yourself, lest you too be tempted. Bear one another’s burdens, and so fulfill the law of Christ.” Galatians 6:1-2

I have witnessed many grievous sins committed by Christians close – and not so close – to me. Some have even fallen away from the faith. I felt strange reading those somber news articles covering prominent pastors and speakers having affairs or committing suicides, or abandoning the faith they once proclaimed so surely, leaving broken homes and congregations in their wake.

I was downright heart-broken as Christians close to me committed many of those same acts. I fluctuated between sorrowful and livid as I saw what these people, who proclaimed Christ, and I counted as friends, were putting their spouses and families through.

Then I felt something else, something sinister. Like a hapless victim in a B horror film, my guard was down. That’s when I felt the temptation to compare. My sin isn’t near as bad as that. I can take an off day on making war on my sin; God won’t mind. Surely He’ll appreciate my righteous indignation against adultery that He’ll wink at my own jealous and lustful thoughts.

Thankfully, then He put it into my mind the book Romans, which we studied at our church the previous year. Namely two things: we have no excuse when we commit the same sins we condemn others for (Romans 2:1), and we will all give an account of ourselves to God (Romans 14:12).

First, that doesn’t mean we don’t call each other out on sin in our lives. Calling a fellow brother or sister in Christ to repent, or exercising church discipline, doesn’t sound loving to many. But the least loving thing a Christian can do to another is to see them drowning in their public sin and do or say nothing. If I’m knowingly or unknowingly headed for a cliff, I’d want someone to rush upon and tackle me. Being tackled to the ground hurts, falling off a cliff to my death hurts worse (at least it looks like it hurt for Thelma and Louise).

Back to the point: when I see public sin in others, it does not excuse the sin in my own life. I’m tempted to compare. That’s not coming from God. Romans 14:12 doesn’t say, “So then we will give an account of how we did, compared with others to God.” It says, “So then each of us will give an account of himself to God.” Being concerned with sin in another Christian’s life is good; using that as a crutch so I can clutch to my sin, however, is not. Temptation never takes a break; neither should my making war and putting my  sin to death.

So, what can I do when sin arises in another’s life so publicly? Should I pray like the Pharisee and thank God that I may be a sinner, but at least I’m not like THAT sinner over there? I don’t think that prayer would work out for me, because it didn’t work out well for that Pharisee. Christ said the tax collector, when he prayed, “God, have mercy on me, the sinner,” went away justified before God rather than the Pharisee. If I point out sin while I have pride in my own heart, It’s almost guaranteed I will not follow the command to “restore him in a spirit of gentleness.”

I like the phrase that my uncle, who’s a pastor, often uses, “There but by the Grace of God go I.” I like it, it’s true, and it reminds me to thank God for His inestimable grace toward me, an unworthy sinner. But if I had one complaint against that phrase, I think it doesn’t fully encapsulate everything for us Christians. A good thing to remind ourselves of when witnessing public sin is that for us Christians, being caught in public sin is often a means of God’s grace. It’s difficult to fathom, but public discipline is one of the means of grace toward Christians who stray. When we won’t give up our ,deep-seated sins, sometimes God will reveal it publicly so that we may repent.

And I often realized after the fact (hindsight is always 20/20) that I used the phrase more as I think a Pharisee would than in genuine thankfulness toward God. “There but by the Grace of God go I” was my “Bless him” (for those not in the South, “Bless him” is used a myriad of different ways, most notably when we see someone doing something foolish and laugh at them for it) when I looked down on other Christians caught in sin. But all while I was pointing and condemning, I couldn’t hear sin sneaking up behind, seizing the right moment to strike me as its prey.

Seeing sin in others’ lives should bring righteous anger. Someone sinned against our holy God. But we should also see it as an opportunity to extend love and grace. Sometimes that love is tough to discipline – really tough – but it’s still loving. Christian discipline is restorative in nature. As James says in the fifth chapter of his letter, bringing someone back from sin should be our first and foremost goal.

I know those caught in sin will give an account before God for what they’ve done. But I also know I will. And on that day, it won’t matter how loud you cried out at that person’s sin. All that will matter is how you responded to your sin.