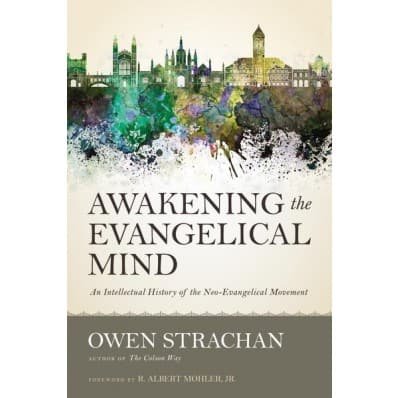 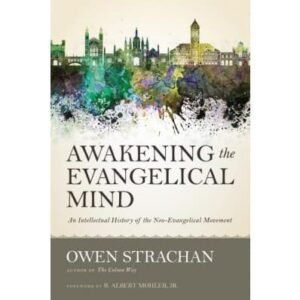 Today in the beginnings of the twenty-first century, there is a deep need for intellectual Christian thinkers. As the gospel message increasingly becomes accused of being hostile and insufficient, the value of Christian beliefs not only as private devotion, but as public worldview, is also intensifying. What would it look like for us to start a movement in evangelicalism to continue to uphold Christian truths in our culture for coming generations?

In Awakening the Evangelical Mind, Strachan speaks into our possible future by actually looking backward, highlighting and discussing prominent early-twentieth century theologians and scholars who blazed a trail for the neo-evangelicalism movement.

Strachan’s book is important because in it we find a handful of key Christian thinkers who not only should be remembered for prior efforts, but established a pattern for making a movement happen. Emphasizing most notably the roles of Harold J. Ockenga and Carl F.H. Henry, Strachan provides a comprehensive timeline of this intellectual movement and its place in the middle of the 1900s. As someone not very familiar with the life and work of men such as Edward John Carnell, Kenneth Kantzer, and George Ladd, I found this book to be really insightful and “gap-filling” in helping my understanding of how evangelicalism has grown and progressed over the years.

The prevailing strength of Awakening is the overall layout of the book. It was fascinating to see the book organized mostly by exchanges of letters between these scholars and thinkers. It was like being inserted into the actual timeline. Strachan has elsewhere described this manuscript like watching a movie script unfold, and I couldn’t agree more. It was very readable and easy to follow. Having this neglected or unknown correspondence is a huge plus for the book and helps brings a lot of once-hidden material to light.

Another great highlight of the book was the amount of time Strachan spent talking about the work of Harold Ockenga. I don’t think I quite had a grasp on the level of his influence in church history, and now I see how much God used him as a force for the Church, the university, and in culture. He was a sort of mentor to many of the prominent figures highlighted in this book, and his profound impact on the movement as a whole is unable to be neglected after reading a book like this.

This is a great book for anyone looking to better understand the origins of the evangelicalism movement and its key leaders. One of the reasons I enjoyed it so much was because I recognize the parallels between what is happening today in Christian academics, and what happened nearly a century ago. It is encouraging to see these faithful and courageous men being honored and remembered, and also motivating to continue to place an importance on intellectual thinking in Christianity. Awakening the Evangelical Mind is a great, easy, and accessible look into the history of an important movement by Dr. Strachan.

I received this book for free from Zondervan Academic and the opinions I have expressed are my own. I am disclosing this in accordance with the Federal Trade Commission’s 16 CFR, Part 255 : “Guides Concerning the Use of Endorsements and Testimonials in Advertising.”