In an address at a conference on social reconstruction, Dorothy Sayers had these strong words (among others) to say about the state of the church and its relationship to the culture:

If the Church is to find her common soul, she must contrive to root it in a common integrity. I do not mean that she must be uninterested in the social, political and moral sphere of the Law, but that she must be disinterested…But I find in the Church as a whole very little reverence for intellectual integrity…For the general tendency today, among the rank and file of Christendom, is to a religion divorced from theology–a religion that is in denial of the divinity of the Word. (Dorothy Sayers: Her Life & Soul, Barbara Reynolds)

Uninterested…disinterested….is this a distinction without a difference? I think Sayers point is that Christians will always have an interested in the governance of the society in which they live, but that there should be a greater emphasis on the work that the church has been called to–teach Christianity–and to work hard very hard at it. I think she believed that a great deal of what goes on the secular realm has an opportunity to work itself out if the people who are members of God’s Kingdom are equipped to work out the implications of their own worldview each day. What good is it, she seems to suggest, to take a strong interest in the legal and moral structure of a culture if the Church is failing in its mission to teach Christianity and to maintain its commitment to the authority of scripture? She gives us a great deal to consider.

Like any other theologian in any other time in history, Sayers doesn’t get everything right. But there is wisdom to be received from this reluctant prophet of her time. I began in November of 2012 to take another look at the nature of Christian involvement in society and how we engage fully in the political cycles. Our expectations are out of balance with our influence. Our compromises fit well with our understanding of our own beliefs–we don’t know what we believe.

In this same address, Dorothy went on to say,

The Kingdom of Heaven is not of this world; and the attempt to yoke it to any form of secular constitution is treason…If…the Church commits herself…to the support of any particular form of political government…she will find herself insensibly adopting and maintaining…its underlying assumptions, which may be very strongly in conflict with her theology. 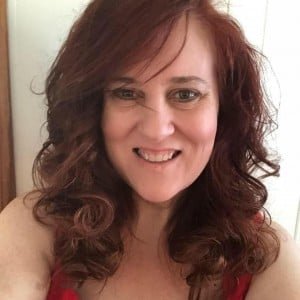