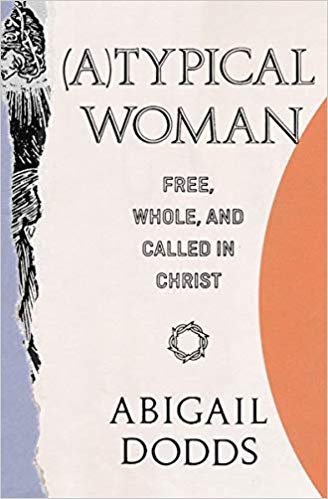 As a young girl, I thought the board game Life laid out the basic script for adult life. The path allowed me to drive my little plastic car from college to a career, then on to marriage and eventually to home ownership in just that orderly sequence. In actuality, that is pretty much the script my life followed. It’s a little embarrassing to admit, but I may have been just as influenced by a board game as I was by the Bible when it came to envisioning what adult life would look like. If there is such a thing as a “typical” Christian woman, it’s quite possible that my life would fit that mold.

In (A)Typical Woman, Abigail Dodds invites each woman to see the unique opportunities in her present life circumstance. Like many Christian women, she has been frustrated by the “compartmentalizing of womanhood” that either idealizes femininity or belittles women. Instead, she wants women to see that “The world is in need of us. It needs women who understand the privilege and glory of being a woman. It needs women who are at peace in the body God has given them, at peace with the paradoxical strengths and weaknesses, who don’t demean what they were created as, or, by extension, the Creator.”

Dodds reminds us that there is no “typical” woman to be our exemplar. Instead, we must read about women in Scripture as “varied examples of God-fearing women through the ages.” However, after laying out this helpful thesis (in chapter 6) and claiming that there is no such thing as a “typical” woman, Dodds addresses women using the typical categories. There are chapters for married women, single women, working women, mothering, and discipling women. In these chapters, Dodds ends up painting with a rather broad brush, especially in chapters which cover areas outside of her personal experience. Her writing is strongest when she shares wisdom from her own experiences.

Readers interested in a better understanding of what it means to be a Christian woman can find many helpful books on the topic. For a thorough examination of how the scriptures talk about women, read Is the Bible Good for Women? by Wendy Alsup, who courageously goes where no book on women has gone before: through every single passage that addresses women. With great love for the word of God and great care for women, Alsup gently unpacks even the most difficult scriptures with grace. For an inspiring vision of women being made in the image of God, read Made for More by Hannah Anderson who ignores the typical categories “because,” as Anderson says, “we ourselves are more than the roles we play in this present world. We are large, deep, eternal beings, and only something larger and deeper and more eternal will satisfy the questions in our souls.”