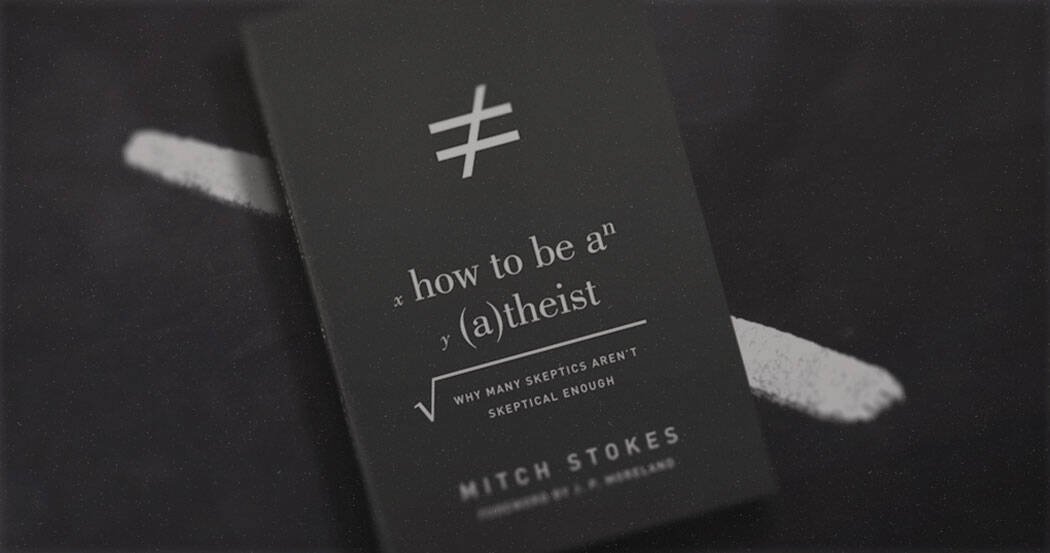 How To Be an Atheist: Why Many Skeptics Aren’t Skeptical Enough (Mitch Stokes)

As Christians, it is difficult to sometimes know how to move the ball forward in terms of proving the existence of God among skeptical culture. We feel that in order to defend God against atheists and agnostics, we must be well-versed in the areas of science and philosophy going into these arguments. But not only this; unfortunately, it seems that many of these arguments become immature, childish name-calling from one side to the other, and vice versa. If we ever want to progress towards truth, towards knowledge, then we must be willing to have these conversations honestly. We must desire to put the bomb-throwing aside for a bit and honestly evaluate our belief systems.

That is what Mitch Stokes seeks to do in his new book How to Be an Atheist. Stokes’s agenda is not to harp on unbelievers as “delusional” and “not great,” treating them with contempt, but simply trying to show the skepticism we should have about skepticism itself. The “New Atheists,” Stokes argues, ought to also remove themselves from the bullhorn and take a moment to see their inconsistencies with their patterns of belief. As Stokes will point out, these skeptics may not be as skeptical as they make themselves out to be.

The book seems daunting to many. Reading 240 pages about the Enlightenment, Hume, Newtonian Physics, consequentialism, and Dostoyevsky may not be your normal choice, but rest assured, How to Be an Atheist is well-written. One of Stokes’s key strengths is his ability to bring abstract or advanced terminology to the ground level. I’m by no means a philosophy or psychology student, but I felt it was easy to grasp the concepts outlined in the book. It never felt intimidating to read, as Stokes has a way of combining wit with wisdom (he even relies on comic strips throughout the book to make some points!).

The outline of the book is simple. Stokes spends some time discussing the fundamentals of Hume’s sense perception, and the concept of naturalism. After doing this in Part 1, he spends Part 2 discussing the futility of science to disprove God altogether, and Part 3 outlining that even if science could, the root inconsistency found in skepticism is matching naturalism with morality. Where this book succeeds is that it is extremely in-depth, yet simple. It doesn’t seek to cover every area of Atheism vs. Christianity but simply shows how these two common arguments against Christianity don’t hold the water often portrayed.

I appreciate Stokes’s acknowledgment of presuppositions. Sometimes, we approach the believer vs. unbeliever argument with a purely evidential point of view and seek to determine which scale is weightier according to evidence. But Stokes, like a horde of solid theologians and philosophers, knows that “the beliefs we have strongly influence the beliefs we form” (90). Regardless, Stokes is not afraid to take on some of skepticism’s most recognized “weapons” against theism, such as superstring theory, Sam Harris’s all-natural morality theory, and theories altogether!

Skeptics and Christians alike should take some time to read Stokes’s new book, because it desires that we be consistent in our beliefs, whatever they are, and illustrates our need to return to the arguments themselves instead of relying on being volatile towards those of other beliefs. Stokes’s research and thought is chock full of illustrations and metaphors to make the material easily understandable and logical. I appreciate his willingness to take on such a task and know I will benefit from it in future conversations I have with skeptics.