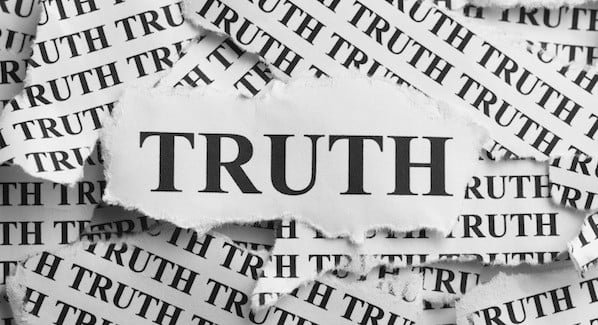 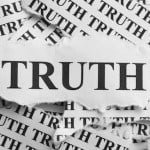 Recently I had a conversation with someone at a coffee shop that I frequent often. During the course of this conversation, this person repeatedly told me while they were sharing what they believed that, “This is my personal philosophy.” That is, what he believed was true for him but not necessarily true for me or anyone else. These types of conversations are far too common today. As Christians, we need to be equipped to answer people who hold to this view with truth and grace. People today often use relativistic arguments where they appeal to their thoughts, feelings, or opinions when speaking about what they believe. What is interesting is that even while telling me that was his “personal philosophy” he was trying to persuade me to it. He wanted his “private truth” to become my truth as well.

Truth from God is unchanging. The character of God is unchanging since God is holy. The Lord is faithful to His promises. The Lord will accomplish that which He seeks to do since all of His ways are perfect and holy. Relativistic arguments (This is true for me but not for you) ultimately fail because they appeal only to one’s feelings. At the end of the day, no matter how you slice it, feelings are not faith. The Christian faith is not grounded in our feelings, but in the truth of God’s Word which declares the bloody, victorious, triumphant, and exalted King in Jesus Christ. So next time someone says, “This is true for me” tell them truth is always true– all the time, even when you may “feel” like it isn’t. The truth is unchanging and doesn’t change with the wind like feelings do.

The tolerance the world promotes is wrong– instead of true tolerance which hears what the other person says– the new tolerance rejects dialog in favor of domination and intolerance. The new tolerance taught by our culture isn’t about dialog about issues and considering others better than themselves, but only about sharing their view on a variety of issues.

We live in a rapidly changing culture where on the news every day is stuff about ISIS, gay marriage, and more. Yet in the midst of all of the rapid change in our culture is God’s Word. God’s Word is a sure foundation for the godly.

To the person who says, “Well that’s nice but Jesus is outdated”—the empty tomb declares that Jesus is triumphant over death and the grave. Jesus isn’t in the tomb and no one has found His body and never will. He ascended. Jesus is the only figure in human history to die and to rise again from the grave. And since no one has ever found the body or bones of Jesus’ body I will continue to believe. The Lord is a rock of refuge and a help for those seeking answers. Jesus said that He is the Way, the Truth, and the Life (John 14:6). He is also a Bread of life for the hungry, and living water for the thirsty.

There is a place for feelings, but feelings are not a good gauge for truth. The man at the beginning of this story went on to dismiss biblical Christianity. Instead of the biblical gospel this man believed a false gospel. Instead of Jesus as the Way, the Truth, and the Life—the world has it’s own false gospel, “my way, right now or else.” That gospel is self-serving and wrong. Jesus seeks after the lost to open their eyes to the truth of who He is and what He has done in His death burial, and resurrection.

That may be you today. You may be lost. You may be blinded by your own arguments. You may have no eyes to see, know, and delight in Christ and God wants to rip the mask off your false gods so you can see the brilliance of God in Christ. Jesus is the Light of the world. He ripped off this mask from Saul before he became the Apostle Paul. Saul was a man who had it all together in every sense of the word, but he was lost.

At the end of the day, relativistic arguments don’t work. My feelings don’t save me. My feelings are not the basis for truth. So instead of arguing that “it’s my truth” or “my philosophy” realize what you’re saying. You are saying that truth is all yours. You are trying to persuade others of your position whether you realize it.

The best answer Christians have to relativistic arguments is a consistent Christian life whereby they are turning from sin daily and committing themselves afresh to God’s mercy. This is a life where you live under godly and qualified biblical eldership in the context of the local church. This is the kind of ordinary Christian life that God calls you to.

Christian resolve to life an ordinary Christian life. This kind of life that commends the glory of Christ in an age where truth is under attack. It’s also the best answer to those who say, “This is my philosophy” and “my beliefs”. The best way to answer the objections of those who accuse you of being dogmatic in this regard is to teach what the Bible teaches and to live as the Bible instructs. Jesus is the Only Way the Only Truth, and the only Life. Only by coming to Him can man be saved. There is salvation under no other name but the name of Jesus (Acts 4:12). . Jesus is still in the business of saving skeptics, and seekers. He is the answer you are looking for.