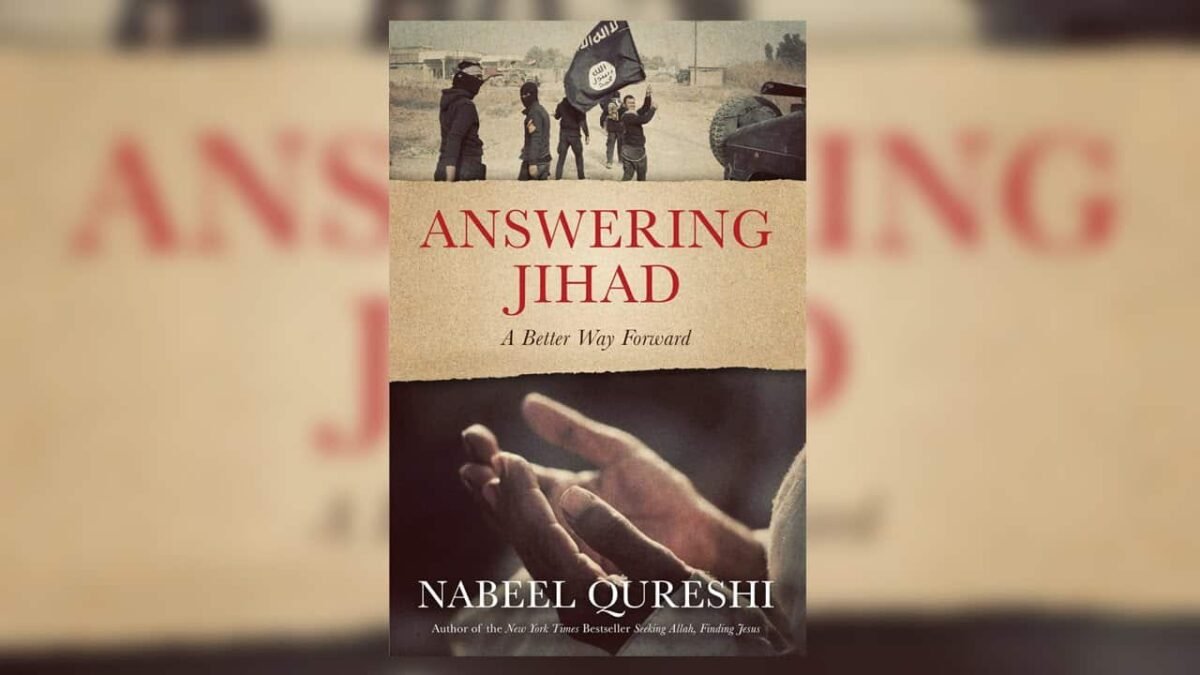 The past fifteen years have seen a massive increase in conversation and debate about what Islam teaches. From US politicians proclaiming that Islam is a religion of peace to pronouncements that Islam isn’t a religion of peace, and everywhere in-between there are much heat and not much light on this topic. When you factor in the rise of Islamic terrorism, specifically the ISIS style terrorism that has launched itself on the world scene there are few questions on more people’s minds than these two questions, “What is Islam?” and “What does it truly teach?”

Over the past few years, we’ve also seen the Lord raise up a number of prominent Christian leaders to write on this topic. One of these is a former Muslim, Nabeel Qureshi author of multiple books on this topic. Today we’ll look at his book Answering Jihad A Better Way Forward.

Answering Jihad seeks to help readers understand the following two questions, “Do terrorists actions actually reflect the religion of Islam?” and “What about our peaceful Muslim neighbors?” In this hard-hitting book, Qureshi provides insights into the questions that people are seeking answers to several important questions posed on the nightly news.

The book is broken down into three parts with four appendixes. In part one, the author considers the origins of Jihad. Here we learn about sharia law, jihad and early Islam. Among the biggest topics covered in this section is the question, “Is Islam “a Religion of peace?” and “Was Islam spread by the sword?” These questions are not secondary. The first question, “Is Islam a religion of peace?” is massively important.

Several US Presidents and many politicians are instructing the people in their districts that the answer to this question is, “Yes”. The real question and one that author wants to help us understand in this book are whether the answer of yes to this question holds any water historically and from the teaching of Islam itself.

According to David Cook in Understanding Jihad Muhammad launched raids and battles every year until he died. Mr. Cook explains that Muhammed commissioned or personally participated in eighty-six battles during that time, which is more than nine battles per year. Qureshi notes, “For these reasons, no one can claim that “Islam is a religion of peace” in the sense that the religion has been historically devoid of violence, neither in its origins nor in the history of global Muslim community. Apart from the first thirteen years of Islamic history, when there were not enough Muslims to fight, Islam has always had an elaborate practice or doctrine of war” (31).

Section two of the book considers radical Islam, whether Islam is in need of Reformation, who are Al-Qaid, ISIS, and Boko-Haram. Along with these important issues, the author considers who the true Muslims are, and why Muslims are being radicalized. Lastly, the author helps us understand whether Muslims are trying to take over the West with Sharia.

One of the most important questions within this conversation is the issue of whether true Muslims are peaceful or violent. The author explains, “The reality is that Islam can be formulated either peacefully or violently, but violent expressions of Islam adhere more consistently and more literally to the foundational texts of the Islamic faith, the Qur’an, and the hadith. Peaceful versions of Islam must reinvent traditions from Muhammad’s life in order to be interpreted consistent, or they must ignore them outright. Regardless of which of these two options peaceful Muslims choose, the common assertion that violent Muslims are not truly Muslim is uninformed or even disingenuous” (93).

The last section of the book considers Jihad in Judeo-Christian context. Here the author helps us understand whether Christians and Muslims worship the same God, Jihad, and Old Testament warfare, the teaching of Jesus on violence, Jihad, and the Crusades, along with a few other issues.

Whether you are wondering what to make of the terrorist violence happening both in the USA and abroad, or you are curious as to what Islam teaches on the subject of violence, Answering Jihad will help you. This is not a lengthy treatise on this subject. Instead, it would be fair to say this is a primer. Each chapter is short and easily digestible but chalk full of helpful information from a Christian worldview.

Answering Jihad is a great book for the lay person concerned with terrorism in the news or the Christian interested in reaching out to his Muslim neighbors. This book would also be good to use to teach a Sunday school class on Islam or for Bible College and seminary students studying and writing on Islam.

Whether this book is used in this way or in another way, Answering Jihad aims to help readers understand the rise of ISIS and the mass shootings occurring in major cities around our world. Answering Jihad is a welcome and needed primer on Islam that comes at just the right time to help readers respectfully answer many of the greatest questions about the rise of ISIS, jihad, and Islamic terrorism that people are asking.

Dave Jenkins is happily married to Sarah Jenkins. He is a writer, editor, and speaker living in sunny Southern California. Dave is a lover of Christ, His people, and sound theology. He serves as the Executive Director of Servants of Grace Ministries, the Executive Editor of Theology for Life Magazine, and is the Host for the Equipping You in Grace Podcast. Dave loves to spend time with his wife, going to movies, eating at a nice restaurant, or going out for a round of golf with a good friend. He is also a voracious reader, in particular of Reformed theology, and the Puritans. You will often find him when he’s not busy with ministry reading a pile of the latest books from a wide variety of Christian publishers. Dave received his MAR and M.Div through Liberty Baptist Theological Seminary.