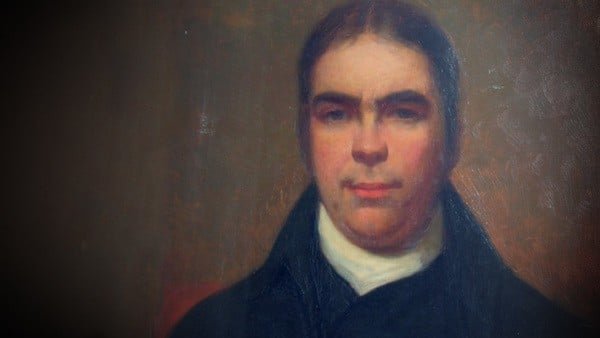 Andrew Fuller: Holy Faith, Worthy Gospel, World Mission is a great primer for further study into the life and ministry of the British pastor Andrew Fuller. Fuller was the pastor of Kettering Particular Baptist Church for 33 years and served as the first secretary of the Baptist Missionary Society where he was responsible for fundraising for missionaries serving in India, China, and around the rest of the globe for the English Baptist. He was a father, husband, widower, and tremendous warrior for the gospel. He has been called the greatest Baptist theologian of his era and quite frankly still to this day is credited as the most influential Baptist theologian by men who study and record Baptist history such as Michael Hayken, David Dockery, and Nathan Finn.

This primer, albeit only six short chapters long, does a tremendous job of giving an overview of the thinking of Andrew Fuller and the dedication that he had to the cause of Christ. In the first chapter, you discover that Fuller and the Baptist Missionary Society started the modern day missionary movement by sending the great William Carey to India in 1793. Fuller, being the secretary of the Society, was a part of what some historians call the “most important historical development in the last two hundred years.” His involvement was not by happenstance either; for Fuller was an astute missiologist who was able to contextualize the gospel in a way that inclined the hearts and souls of his congregation and fellow English Baptist towards missions and becoming more evangelistic.

What is incredible about Fuller’s life, and what Piper does an excellent job of pointing out, was that this man was a man who suffered great losses and ultimately worked himself to death. Fuller lost eight children and his first wife by the time he was thirty-eight and was so overwhelmed with the work of the Baptist Missionary Society and his pastorate in Kettering that he was regularly called out by friends and family for being “in despair” and neglectful. Amidst all this suffering and strife, though, Fuller remained committed to biblical fidelity and the mission of the gospel. He never once quite preaching, teaching, and raising support for the missionaries of the Society.

Fuller was also a thinker. He was a committed Baptist theologian and a committed Calvinist. He seasoned his preaching with deep theology and spurned his congregations to thinking deeply about God and how God’s will for their lives should be fleshed out daily.

Fuller was heavily influenced by the sermons and writing of Jonathan Edwards and the Puritan John Owen. Both men gave Fuller the means by which to break free from the Hyper-Calvinism that plagued many English Baptist churches and pastors. They opened his mind to the richness of Scripture and the truth that God has called all Christians to spreading the gospel and making disciples of all the nations.

Fuller himself would go on to say about John Owen that “I never met with anything of importance in his writings on which I saw any reason to animadvert; so far from it, that I know of no writer for whom I have so great an esteem.” He would also defend the teaching and preaching of Jonathan Edwards till he himself passed away: “If those who talk thus preached Christ half as much as Jonathan Edwards did, and were half as useful as he was, their usefulness would be double what it is.”

What the reader can learn from this primer on Fuller, and hopefully be enticed to learn more, is that he was a man of strong biblical conviction who never once gave into theological liberalism or complacency. The reader can learn that there is a distinct connection between faithfulness to the local church and to the fulfillment of the Great Commission. The life of Andrew Fuller teaches us that sound exegesis and commitment to theological orthodoxy in preaching doesn’t hinder the spreading of the gospel. In fact, it advances the missional life of the church and increases the Kingdom of God on Earth.

This primer should be required reading for any Baptist history class, pastoral ministry class, and regularly given out to church members by their pastors. John Piper has done the church a genuine service by offering a brief window into the life of Andrew Fuller. Hopefully, this glimpse causes many people to study more, be encouraged and contend for the faith delivered once for all the saints like Fuller himself did faithfully.