A Review: “Prepared by Grace, for Grace” by Joel Beeke and Paul Smalley

That God “prepares” people to be saved probably isn’t on most people’s theological radar screen.  But, as Beeke and Smalley ably contend, it bears a profound effect upon your approach to evangelism, preaching, and the role of the law in Christian conversion.  If you are a Christian reading this, you probably have spoken about your conversion as being either a specific event or a gradual process.  Which was it?  The doctrine of preparation has been a thoroughly Reformed answer to this often-confusing issue.

Joel Beeke is president and professor of systematic theology at Puritan Reformed Theological Seminary and pastor of the Heritage Netherlands Reformed Congregation in Grand Rapids, Michigan.  Paul Smalley is Dr. Beeke’s teacher’s assistant.  Beeke is the author of numerous books on the subject of Puritanism; most notably his recent tome, A Puritan Theology: Doctrine for Life (2012), co-authored with Mark Jones.

Prepared by Grace, For Grace is a historical-theological investigation into the thought of various Continental, English, and early New England Puritans in how God prepares sinners for conversion.  The book takes a semi-critical approach as the authors weigh various scholars’ assessments against the primary-source documents.  They graciously disagree at a number of places and thus this book presents groundbreaking, historical-theological, and analytical thought.

As Beeke and Smalley consistently point out that, in no way, does the doctrine of preparation (not preparationism!) contradict a robust Reformed orthodoxy.  Rather, it dovetails with God’s absolute sovereignty over salvation.  God uses various means by which he saves and sanctifies his people; the means of grace.  He alone is sovereign and he saves his elect when and how he sees fit.

The law of God plays a central element in this book’s presentation because it is the law—as the Puritans argued—that God uses to convict people of sin.  This is one of the reasons why the Puritans stressed the law of God in their sermons and treatises.  Beeke and Smalley meticulously labor to show that the Puritans understood that God’s law convicts both the reprobate and the elect of sin.  While such conviction is but a “miscarriage” for the reprobate (as the Puritans put it), it bears to full fruition and “complete delivery” for the elect.  Thus, some of God’s operations with regard to the law are common to all men, not just to the elect.  Furthermore, the law of God does not have the power to justify, but—by the Spirit—to convict and so prepare the elect for Christ.

The preaching of God’s holy law sets the standard whereby the sinner is able to see himself in light of God’s holiness and righteousness.  When this happens, the sinner moves from complacency in sin to conviction of sin.  By God’s Spirit, the elect are either then or eventually converted to Christ.  There may be a series of convictions throughout a person’s life before he or she embraces Christ by saving faith.  This is God’s preparing him or her for conversion.

I found this book particularly helpful in clarifying how God works in a person’s life to prepare him or her for conversion.  In particular, I have come to a newfound appreciation for preaching God’s law and have come to see more clearly why the Puritans so stressed the law of God—they wanted sinners to be saved!  My only criticism of the book is that, at times, it seemed a bit disjointed and lacked a natural flow.  It read more like a collection of essays on the topic.  Be that as it may, Prepared by Grace, For Grace is an extremely helpful guide to this often confusing issue.  I’m heartedly commend this timely and practical gift to the church!

Souls are the soil, conviction is the plow,
God’s workmen draw, the Spirit shows them how.
He guides the work, and in good ground doth bless
His workmen’s pains, with sweet and fair success.
Share
Tweet
Email
Reddit
Share
Buffer 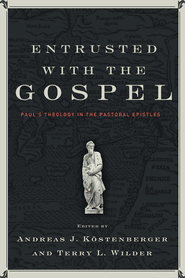 Entrusted with the Gospel: Paul’s Theology in the Pastoral Epistles

The discipline known as Pauline studies has certainly had its share of ups and downs over the years. Furthermore, much ink has been spilled on the subject of Paul and the New Testament epistles he wrote. Thus to a certain degree, there can be a sense of confusion as... 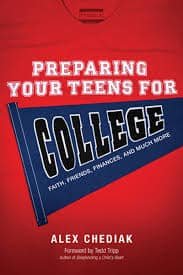 Book Review – Preparing Your Teens For College: Faith, Friends, Finances, and Much More

In my early teens into my twenties I was both a good student and a bad student. In middle school I was almost a straight A student. Then came high school. In high school I hardly showed up to class and when I did I would read a book instead of listening to the...

Have you ever heard someone say, “I love Jesus, but I hate His church?” Let’s be honest, the church has done some hurtful things to the world in the name of Jesus. Perhaps you’ve been hurt, either in word or deed or by someone at church, or you have painful memories...

Book Review – Taking God At His Word: Why the Bible Is Knowable, Necessary, and Enough, and What That Means for You and Me

Few issues are as important as the doctrine of Scripture. From the issue of biblical illiteracy, and to the continual assault on the authority and sufficiency of the Bible—the Church over the course of its 2014 years has risen to meet challenges to the doctrine of...

Taking God at His Word: Why the Bible is Knowable, Necessary, and Enough, and What that Means for You and Me

Kevin DeYoung’s Taking God at His Word is one of the most practical books about the Bible that I’ve ever read. Immensely specific in its applications, the book gives the believer added confidence in trusting, depending on, desiring, knowing, and studying God’s Word....

One of the central issues of our day is leadership. The decline of morality outside the church and the many scandals inside the Church among Christian leaders have caused many to question the importance and validity of the church. The real issue and one that is rarely...