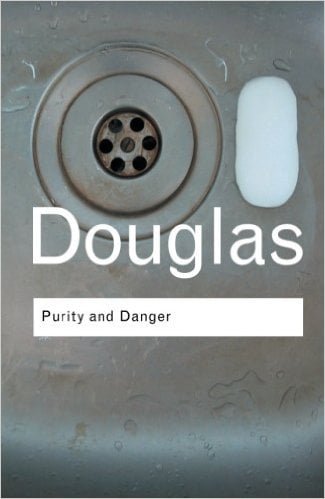 A Review of “Purity and Danger” by Mary Douglas

I do not usually read anthropological studies on the concept of pollution among cultures and particularly world religions. Comparative religious studies can be interesting, but such a focused topic is beyond my general interests. Purity and Danger, however, was frequently sighted in my study of Leviticus this year. Mary Douglas’ work was ground breaking in helping readers consider the systematic context for purity laws. While significantly flawed from a theological perspective, this book is nonetheless very helpful in thinking through the purpose behind the Levitical purity laws.

Mary Douglas was a renowned British anthropologist who focused on work in the area of cultural symbolism. In that regard Purity and Danger is well within her wheelhouse. It is well written and surprisingly accessible to even those acclimated to the specific disciplines of focus (anthropology and comparative religion). It also highlights a broad swath of examples from various cultures and religions. The book is not exclusively focused on Judaism or Leviticus, but readers will find much help in that area of study.

The book explores the universal themes of dirt and cleanliness. It focuses on how dirt exists within every culture as a part of an overall system of cultural belief. In particular she demonstrates that a piecemeal approach to understanding pollution in cultures is entirely insufficient in giving thorough explanations. In approaching Leviticus  I found lots of attempts to explain each individual purity law as an isolated issue of purity. Douglas demonstrates the inadequacy of this approach. She writes:

Defilement is never an isolated event.  It cannot occur except in view of a systematic ordering of ideas. Hence any piecemeal interpretation of the pollution rules of another culture is bound to fail. For the only way in which pollution ideas make sense is in reference to a total structure of thought whose keystone, boundaries, margins and internal lines are held in relation by rituals of separation. (51)

It’s her emphasis on a comprehensive system for explanation that makes Purity and Danger a significant work. She writes:

Dirt has to do with systems and order, and it is this explanation which opens up a more fully developed concept of purity laws in Leviticus.

My one major complaint with the book is Douglas’ constant focus on critiquing previous scholars. She spends an inordinate amount of space explaining the shortcomings of countless other anthropologists who have gone before her. Critiquing them, exposing their weaknesses, even outright ridiculing them. She includes lengthy quotes and whole chapters can become swallowed up in references to other works. This becomes rather exhausting as a reader and is essentially unnecessary for her work. It also adds to some of the clunkiness of the book.

On a related note is the author’s skeptical approach to religious belief. She gives the cultures she studies the benefit of the doubt, understanding that they believe in the theological convictions they hold. She, however, does not personally believe. That colors some of her interpretive decisions, but overall her efforts to be more objective play out well for the work she does.

This is not the book that the average reader is going to find interesting. I recognize that. It was not always interesting to me, but its relevance to the study of Leviticus made it essential for me to read this year. The connection between the purity laws and the whole Levitical system is important for understanding them comprehensively. Despite not being theological minded at all Douglas has done the OT scholar a great service in her study of pollution and cleanliness. Purity and Danger is a useful, if flawed, work for the Bible student.