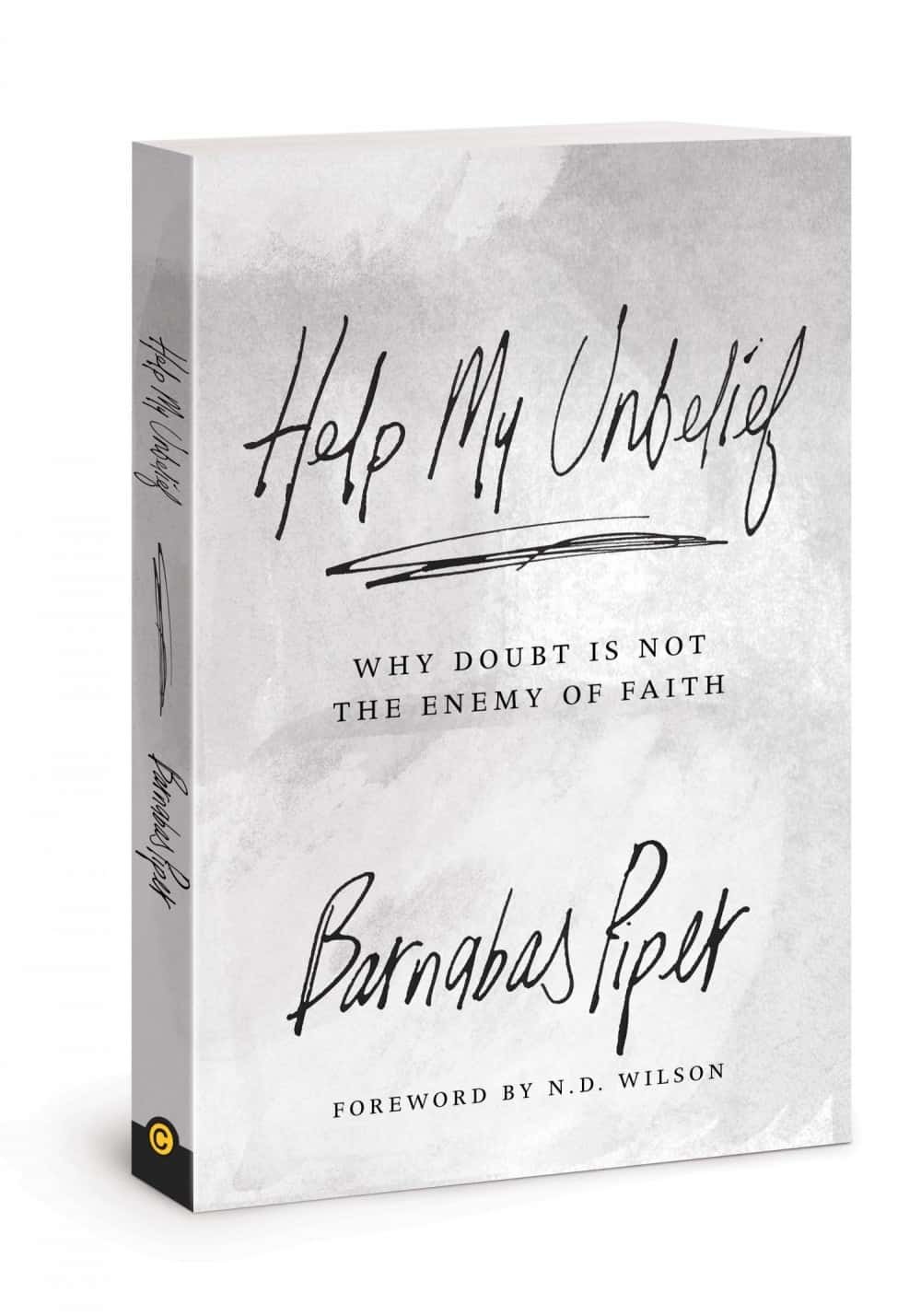 A Review of “Help My Unbelief” by Barnabas Piper

Doubt is a normal, if still troubling, part of the Christian life. I counsel people on a regular basis for whom doubt is a regular struggle, and it has been part of my own journey of faith too. Often our fear of doubt is that it either leads to abandonment of the faith, or it comes from a place of predetermined abandonment. Barnabas Piper, however, believes that doubt can be good for our spiritual growth. In Help My Unbelief, readers will be encouraged to steward their doubts well.

“My goal,” writes Piper, “is to help you see that belief isn’t blind faith and that questions, if asked well, are building blocks for stronger faith rather than stepping-stones away from it” (21). Doubt is not the enemy of faith, according to Piper, but rather a means by which we are drawn into deeper confidence in God. Written from an orthodox perspective, this book encourages honest questioning that is both humble and willing to seek wisdom from God. It is a unique book in many regards. While others have written about the importance of doubt, some have tended to so from a rebellious and contentious framework. They have written in a way that supplants the authority of God with the reason of man. Others have written against questions altogether, denying their place in faithful Christian discipleship. Piper does not follow either trend. He recognizes the tension that all honest Christians live with. “I believe, help my unbelief” is the cry of every true disciple.

The book covers a wide range of topics relating to this central concern of the value of doubt. It covers major doctrines, such as the Fall, faith, and the mystery of God. He also walks us through practical aspects of asking good questions, the role of obedience, and the relationship between faith and doubt. On this latter point, he very insightfully points out that asking can evidence some level of belief. We ask because we believe at some level that there is an answer, and that God might give us an answer. Doubt can evidence belief.

Doubt, of course, can also undermine belief. When we refuse to hear an answer, when doubt is raised by arrogance, and as veiled accusation, it can undermine our faith. So, Piper spends some time discerning the difference between unbelief and doubt and helping readers to be discerning about their own questioning.

The book has many great strengths. It is full of vulnerability, as the author shares his own struggles, failures, and hard-learned lessons. As the son of an esteemed Evangelical celebrity this is no small thing – though, of course it’s hard enough for the average author. Piper is also less concerned about academic and philosophical conceptions of faith, doubt, and various doctrines.  Those interested in a more scholarly approach could consult Matthew Lee Anderson’s The End of Our Exploring. Anderson’s work is definitely more academic, and while he takes a hard stance against doubt it’s clear from reading that both authors are using the term in slightly nuanced ways. Piper even references Anderson’s work in a short footnote. The two books, however, are driving at different points. While Piper’s definition of doubt is less technical and precise, it is so because he is far more interested in addressing emotional distress than intellectual frustration.The book is easily accessible to the average layman, and will invite a lot of personal reflection by virtue of its prose. An academic approach to the work may have diminished its immediate impact. Piper writes as a layman in the pew, not a scholar and that commends the quality of the book to all of us. For, we can all relate to his words.

He also steers clear of giving readers some process by which to navigate the path from doubt to deeper faith. The journey is a process, not a program. We must accept “loose ends,” he says (145). Not everything will be resolved in the here and now. We live in the “already/not yet.” But we can trust God even in the midst of these loose ends, because He is good and trustworthy. Such an approach is unbelieveably valuable as it fits well with the major thesis of the book itself. A ready-made plan, step-by-step guide out of doubt, would have been simplistic and only exacerbated the frustrations that many Christians already have with their faith, for such a step-by-step guide simply doesn’t exist.

I thoroughly enjoyed this book. It spoke my language and communicated back to me the hope I believe. I am certain it will be a tremendous gift to many Christians, and will hopefully help all of us steward our own doubts better. We can find that doubts, questions, and confusions can lead us deeper into communion with God if we use them rightly. Barnabas Piper in Help My Unbelief helps us to do just that.