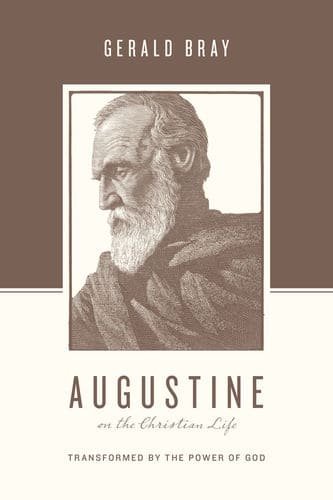 A Review of “Augustine on the Christian Life” by Gerald Bray

There are few names as significant in Western Christianity as Augustine of Hippo. The great church father has been one of the most influential theologians and pastors in the history of the church. His writings are voluminous, having written more works (and more unique works) than any other ancient theologian. Making him accessible to modern readers is no small task, and yet Gerald Bray has done just that in Augustine on the Christian Life. By focusing on the narrow topic of the Christian life, Bray has provided readers with a great introduction to this important figure of our past.

As with each volume in Crossway’s Theologians of the Christian Life series, this one begins with an introductory chapter to the man and his context. Bray walks us through the abbreviated life of Augustine, with specific attention to his thought life: the various philosophical movements he joined, his struggle with Christianity, and his eventual conversion. He also walks us through the unique relationship he had to his mother, Monica. He sets this all within the context of the budding influence and dominance of Christianity within the Roman Empire. It’s a very useful introduction to the man the leads us well into the remaining four chapters of the book.

Bray walks us through an understanding of Augustine’s contribution to the doctrine of the Christian life by considering three particular roles the man filled: Believer, Teacher, and Pastor. In each case he shows the unique contributions of the man to the development of doctrine and practice. Bray is a wonderful guide, giving us needed information regarding Augustine’s aversion to academics, his developments in hermeneutics, his theological debates, his parish work, and his preaching. Yet, in all this, he avoids unnecessary diversions from the topic at hand. There are plenty of rabbit trails to follow in discussing Augustine, even plenty of worthy rabbit trails, but Bray is keen to keep us focused on the man’s doctrine of the Christian life, which is rich and largely overlooked. Bray notes:

For whatever reason, scholars have concentrated on his philosophy, his theology, and increasingly his biblical interpretation, but have relatively little to say about his spiritual development and devotional teaching. (13)

One cannot write about Augustine without touching on his philosophy, theology, and Biblical interpretation, yet it is in the area of spirituality and devotional teaching that Bray give us a rather unique work to the plethora of scholarship on the great Augustine.

The book concludes with yet another unique contribution to Augustinian scholarship: Augustine Today. Bray walks us through both Augustine’s reputation, noting particularly his broad influence and the recent ecumenical charity offered him. He then shifts to consider Augustine’s legacy and what we can continue to learn from him today. He explores a number of benefits we may receive from reading and studying the man even as far removed as we are from his context and life. He concludes that we can still be moved and edified by his passion for Christ. He writes:

That was, and still is, his abiding legacy. It is why, in spite of all the many things that separate us from him and make our lives so very different on the surface, we can still hear his voice and feel his encouragement as we seek to live for God in the world today. (213)

Augustine’s legacy has an enduring value for the modern Christian life.

This was a wonderful addition to this growing series from Crossway. It was one of my favorites, in fact, because of the manner in which it made such a profound voice so accessible. Bray does a tremendous job of giving us access to one of the greatest minds and pastors of the church. Augustine on the Christian Life is a focused exploration of the theologian’s thought and practice, but it is also a great introduction to this hero of the faith.