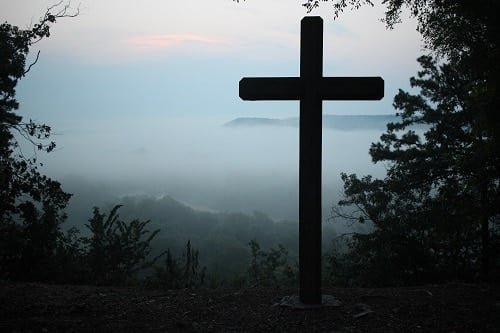 If you’re a Christian and use social media even in the slightest bit, then you likely saw a recently-posted, two-minute clip that made the rounds on Twitter the week of June 21st. Matt Smethurst called it “gospel gold from Alistair Begg.” Survey says… that was a fitting description.

The two-minute clip came from a sermon preached by Begg in November of 2019 on 1 Corinthians 1:18-31, entitled, “The Power and Message of the Cross.” However, the two minutes in reference focused on Jesus’ interaction with the thief on the cross in Luke 23. Begg was asking the age-old evangelistic question: if you were to die tonight and were seeking entry into heaven, what would you say are the grounds of your entry? Begg notes that we need to be careful of a first-person answer: “Because I believed, because I had faith, because I am this, because I am continuing.” Instead, he says that “the only proper answer is in the third person: because He.”

Begg goes on: “Think about the thief on the cross… I can’t wait to find that fellow one day to ask him, ‘How did that shake out for you? Because you were cussing the guy out with your friend, you’ve never been in a Bible study, you never got baptized, you didn’t know a thing about church membership, and yet, you made it. How did you make it!?’” Begg then, humorously, works through a potential scenario of the angels in heaven asking the thief, “What are you doing here?” Begg postulates that the thief likely couldn’t answer any theological questions or make any doctrinal affirmations, and yet, he could’ve answered in the following way if anyone—angel or man—were to ask, “On what basis are you here?”

“The man on the middle cross said I can come.”

What a glorious truth!

Throughout the Bible, there are many great stories of salvation. Paul goes from persecutor to world changer. The Prodigal Son goes from eating with pigs to a father’s open embrace. The Israelites walk through parted waters that were later brought down to destroy their enemies. But do we often think of this story at the crucifixion? That man on the middle cross, Jesus Christ, told a thief in Luke 23:43: “Truly, I say to you, today you will be with me in paradise.”

Recall what happens here. Just a few verses back, in verse 32, Luke tells his readers: “Two others—criminals—were also led away to be executed with Jesus.” The event that humanity had been waiting on for thousands of years—though they didn’t know it—had finally come. The promise in Genesis 3 that the offspring of Eve would “crush the head of the serpent” was about to be finished. And God, in His sovereignty, decided to include two criminals in this story. Why? It was, likely, to show the measure of his mercy.

Here’s the point of this short story and saying of Jesus: man’s salvation—however early or late it takes place in one’s life—is by faith alone in Christ alone. Ultimately, we all have two options with a crucified and resurrected Christ: deny Him or accept Him by faith. The two thieves show us two responses man can hold: a right understanding and a wrong understanding.

Out of the two criminals, here’s what the first says in Luke 23:39: “Aren’t you the Messiah? Save yourself and us!” Within this text, you may not see it, but this criminal is being sarcastic with Jesus. He’s mocking his divinity and Messiahship. His question assumes the answer, “Of course!” And if Jesus is truly the Christ—like He says He is—then, “Why doesn’t he save himself and us?”

This criminal doesn’t see his own wrongdoing. He doesn’t understand the fact that he deserves his punishment. Instead, he has equated himself with Jesus, as if they both deserve salvation from this crucifixion. He basically sees Jesus as a tool—someone who may help him when he wants it or needs it. He doesn’t seem concerned, at all, with the condemnation that will come to him in the second death, and so, he mocks Jesus.

I’ll spare you all the details of the crucifixion (Matthew 27:32-56), but know this—crucified men died from suffocation as they had to bring themselves up to breathe. With his last, few, dying breaths on earth, he chooses to taunt God, himself—our Lord and Savior. This is why the other criminal rebukes him: “Don’t you even fear God, since you are undergoing the same punishment?” Even in the last moments of his life—before his impending death—the first thief chose to mock the Lord with the masses instead of fearing Him. Because he didn’t understand his own sinfulness and his own place before Christ, he had a completely wrong view of himself and of Jesus. But this is contrasted with the second criminal’s words.

Matthew and Mark tell us in their accounts that both criminals, at one point, taunted our Lord. But Luke gives us the whole story. At some point during this crucifixion event, the second criminal had a change of heart. God showed him his sinfulness and Christ’s sinlessness. Look at his words when compared to the other. In verse 41, he says, “We are punished justly.” He knows that he deserves this crucifixion. Why? “Because [they were] getting back what [they] deserved for the things [they] did.”

But what does he make of Christ? He continues, “But this man has done nothing wrong.” In one verse of the Bible, this thief confessed his unrighteousness and confirmed the righteousness of Christ. And so, with just a few hours left in his life, he implores Jesus: “Remember me when You come into Your kingdom!” This request brings us to the good news, the good news Jesus proclaimed in Luke 23:43: “Truly I tell you, today you will be with me in paradise.” That thief was dying for his sins, but little did he know or expect, Jesus Christ—the Savior of the World who is right next to him—was being crucified for the exact same sins and many more.

Our affections for Christ should be stirred up by this free offer of salvation. For years, this criminal lived in sin. Even just before this request, he was mocking Jesus with the crowd. But miraculously, he is saved by faith in Christ, and though he would only live a few more hours on earth, he now had the promise of eternal life with God.

Our Lord made the remarkable statement that this thief would be in paradise with Him that very day. Both thieves had been arrested for the same crime. Both were tried, condemned, and dying for the same crime. What was the difference between them? There was, essentially, none. Both were thieves. What’s more, there’s no inherent difference between them and us. Therefore, we can testify to the same truth as the penitent thief. At the cross, there was no scandal to either of their deaths. And so, like the penitent thief, we should be able to cry out, “I deserve punishment.”

And likewise, we should beg of Jesus: “Remember me!”

But there is a scandal in Christ’s death. Jesus is there because of sin, but it’s because of the sin of His people. He’s dying for the sins of those He loves. This crucifixion is for those he so earnestly prayed for in John 17. It’s for those that Matthew 1:21 says he came to “save from their sins.” Paul writes about this in 2 Corinthians 5:21, when he says Christ was made “to be sin for us, so that in him we might become the righteousness of God.”

So, the only difference lies in the fact that one thief believed in Jesus Christ, and one did not. For us, the call is that simple as well. Repent, and believe in the Lord. Maybe these often-sung words hit closer to home than we think:

“The dying thief rejoiced to see

that fountain in his day.

And there may I, though vile as he,

wash all my sins away!”

Why will we get to one day enter into an eternity with Jesus Christ after this life is over? Because the man on the middle cross, Jesus Christ, said we can come. 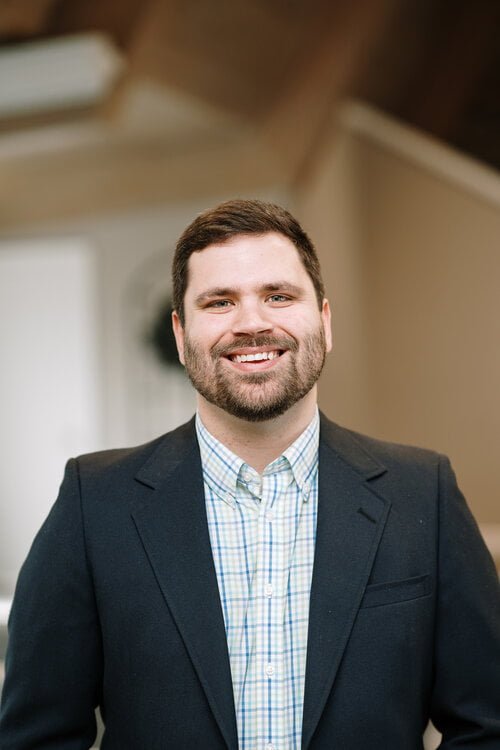 C.J. Moore serves as one of the pastors at Liberty Baptist Church in Liberty, MO. He is currently finishing his Ph.D. at Midwestern Seminary, where he also serves as an Adjunct Professor of Missions and Executive Assistant to the Senior Vice President of Institutional Administration. Prior to living in Kansas City, he served in student ministry for nearly six years in Mississippi and as a mid-term missionary with the International Mission Board in East Asia. He is married to Cassandra, and they have two wonderful children (Jemma and Luke).