A Disagreement Between Two Women

Philippians 4:2-3, “I entreat Euodia and I entreat Syntyche to agree in the Lord.  Yes, I ask you also, true companion, help these women, who have labored side by side with me in the gospel together with Clement and the rest of my fellow workers, whose names are in the book of life.”

A Disagreement Between Two Women

Two women in the church, Euodia, and Syntyche, were bickering with each other.  Their disagreement was disruptive enough that Paul, imprisoned in Rome, had been briefed — most likely by Epaphroditus, the messenger from the Philippian church.

Paul’s response is quite interesting.  First, he doesn’t ignore what’s going on with Euodia and Syntyche.  This squabble between two ladies concerns him deeply, and Paul devotes precious space in his letter to help them.  Second, Paul doesn’t take sides.  He doesn’t favor one woman over the other, or give any guidance as to how he would resolve the disagreement.  Instead, Paul simply asks the women – pleads with them – to agree in the Lord, trusting them to come to a godly resolution.

In addition, we see that Paul doesn’t condemn Euodia and Syntyche for being a pain (which they no doubt were).  Rather than shame them for their poor behavior, Paul speaks graciously to them.  He honors their labors for the gospel and calls them true believers, named in the book of life.

When I first read these verses, they seemed like a personal add-on or a historical footnote.  What do these first-century women with the funny names have to do with my life, or even with the overall message of Philippians?  But on a closer look, this situation is a perfect opportunity for the Philippian church to put Paul’s instructions into practice.  Paul has spent a good portion of his letter talking about the elements of Christian unity.  And now, the theological finds its real-life application.

Christian unity is essential to the spread of the gospel.  The night before his crucifixion, Jesus prayed for his disciples, that they would be “one” even as Jesus and his Father are “one.”  (John 17:21-23).  This unity would cause the world to believe that Christ was sent from God (John 17:21, 23).  The followers of Christ distinguish themselves from the world by our love for each other (John 13:35).

So the challenge for the Philippian church is, how do we help these two precious believers, Euodia and Syntyche, back to the unity of Christian love?  Fortunately, Paul has also addressed several of the sins that steal Christian unity in his letter.

We don’t know the exact nature of the dispute between Euodia and Syntyche.  But from our own experience, it’s not hard to imagine competition between Christian women.   Whose chili got the most compliments at the pot-luck?  Whose children were better behaved in the nursery?  Paul tells us, stop the comparisons.  We must count others more significant than ourselves, and look to their interests.  (Philippians 2:3-4).  We must replace selfish ambition with humility, taking Christ as our example (Philippians 2:5-6).

Grumbling hearts will also erode Christian unity.  “Do all things without grumbling or disputing,” Paul writes (Philippians 2:14).  Perhaps Euodia was getting tired of preparing the communion supper every week while Syntyche chit-chatted with friends.  Or perhaps Syntyche felt beat down by financial stress, while Euodia enjoyed more of life’s luxuries.  We don’t know their particular details, but we have definitely seen grumbling in our own lives.

The antidote to grumbling is joy!  Paul calls the Philippians to be glad and rejoice with him, over and over (Philippians 2:18, 3:1, 4:4).  Even in the middle of sacrifice, even if he is “poured out as a drink offering,” Paul is glad and rejoices with the church (Philippians 2:17).  When we catch ourselves grumbling, especially against another follower of Christ, we must immediately turn our thoughts toward joy.  We can even follow Paul’s example by praying for each other with joy and thanksgiving (Philippians 1:3-4).

A final unity-thief, perhaps not as obvious, is anxiety.  In my own life, I am most prone to argue with my husband when I am anxious.  Faced with a stressful situation, I tend to compensate by obsessing over petty things, those things that seem easier to control.  Perhaps Euodia and Syntyche were over-reacting to small slights out of an anxious heart.

In response, Paul tells us, “do not be anxious about anything, but in everything by prayer and supplication with thanksgiving let your requests be made known to God.”  (Philippians 4:6). When we turn our fears over to the Lord who cares for us, we can experience peace beyond understanding, a peace that guards our hearts and minds in Christ Jesus (Philippians 4:7).  Fed by a well-spring of inner peace, we are better able to respond in love to those around us.

Despite all of his inspired instructions to the Philippians, Paul suspects that Euodia and Syntyche may not be able to apply these principles on their own.  Sometimes conflict is too close, and we need help to see clearly.  For this reason, Paul graciously asks one of his fellow workers – an unnamed “true companion,” to work with Euodia and Syntyche so that they can reach an agreement.

What a wonderful example of how to respond to conflict between Christians! 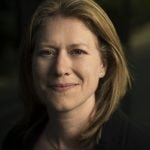