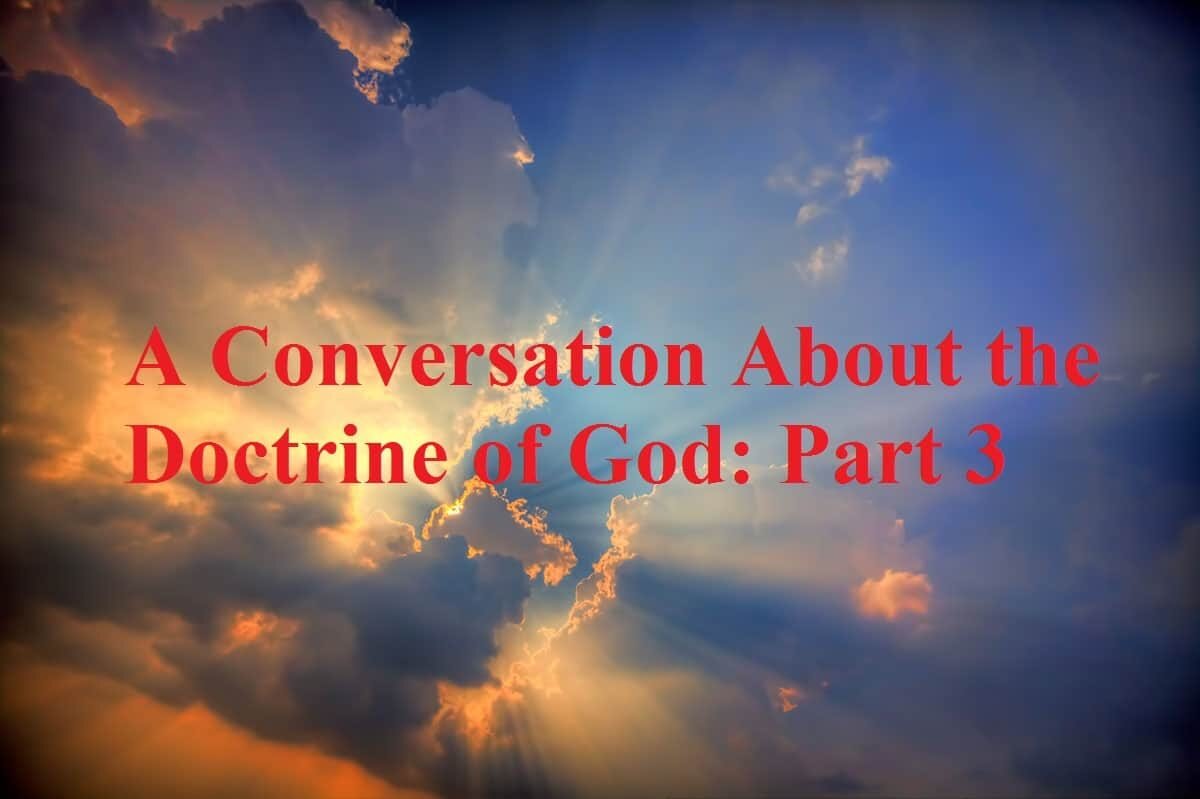 The last two weeks we have been having a conversation about the doctrine of God and how profitable it is for the believer to consider the majesty of the God we worship. Today I would like to conclude with one final thought (although many more articles could be written on this important doctrine).

God is without parts or passions.

This truth is ultimately taken from Scripture, but can be found in the 1689 London Baptist Confession of Faith which states:

This means that God does not experience emotional changes either from within or effected by his relationship to creation.

Let’s deal with a couple of passages that seem problematic from our perspective.

Genesis 6:6-7 states, “And the LORD regretted that he had made man on the earth, and it grieved him to his heart.  So the LORD said, ‘I will blot out man whom I have created from the face of the land, man, and animals and creeping things and birds of the heavens, for I am sorry that I have made them.”

Is this true? If this isn’t true does it mean that this verse doesn’t belong in the Bible?  Hang with me for a second and consider another passage of Scripture:

Now as believers, we know that there are no contradictions in Scripture, so these two passages are NOT in conflict. So, we must harmonize the two, but how?

In an effort to harmonize these two passages we must remember that passages that tell us about God’s being or nature take priority over passages that describe God’s actions. (God without Passions, Renihan)

Remember that God through His Holy Spirit condescends to us through His Word so that our feeble minds can know Him more. I submit to you that Genesis 6:6-7 is communicating action by using an expression. Moses’ use of the words “regretted, sorry and grieved” is communicating a change in direction.

God sustained the earth as Noah knew it and now He was going to destroy it- that is the message being communicated. However, God’s decision to do this wasn’t a response to a rebellious people who took him by surprise. God, in eternity past, decreed that the earth should be flooded. He is communicating that action to us through Moses in Genesis 6 using expressive language.

We use expressive language too. We may say, “Your nose is growing Pinocchio”. Now, is there any doubt in anyone’s mind as to whether or not your nose is actually growing? Of course not, but the expression communicates something. What is it communicating?[1]

You would understand immediately that I am calling you a liar and that the idea that your nose is actually growing is ridiculous.

Scripture uses the physical features and emotional experiences of mankind in order to teach us about God. But we must not equate the human language used to describe God with God himself.

Now, why should this matter to us as Christians? I want you to see that this study is profitable. Malachi explains why this type of study matters.

Malachi 3:6 “For I the LORD do not change; therefore you, O children of Jacob, are not consumed.”

Because God is without parts or passions. He doesn’t change. Therefore, his assurance to save his people is a sure thing.

If God changed or repented or regretted in the way that we define it, what assurance can we have that He won’t change His mind about us?  But the Scriptures are true. We serve a God who is intricately and intimately involved in our lives. He will accomplish His sovereign plan that He decreed from eternity past because He is all powerful and He never changes.