A Biblical Approach to the Gosnell Verdict

Recently, I’ve written quite a lot on the Gosnell case. In my opinion it’s one of the watershed cases of our generation as it has opened many people’s eyes to include myself regarding the horror of abortion. Before this case I believed abortion was wrong but I was mostly silent on the issue other than writing a few articles on it. I now see that even this silence may give the impression that I am not against abortion. I firmly believe pro-choice is no choice except under the most extreme case where a woman’s life may be ended.  Even in that situation there are precautions such as a C-section that can avoid that from ever happening. With that said, I am one hundred percent against abortion. This case has caused me to think a lot about this issue as a whole and now that Gosnell’s verdict has come down, I want to offer a word of caution for my fellow brothers and sisters.

As Christian’s we should NOT rejoice over the Gosnell verdict. Christians can rejoice that the process of justice was meted out as the sword given by God was delivered. Yet, I fear many Christians will see this as an opportunity to cheer that Gosnell may be sentenced to death or spend the rest of his earthly life in jail. The reality is Kermit Gosnell is locked in a prison already. There is no way a born again Christian could ever commit the kind of atrocities he committed, and as far as I know he hasn’t claimed Christian faith. There are several reasons why I think Christians should pray for Gosnell.

First, Christians were once enemies but are now friends of God. Christians were once rebels and yet now are saints. Christians were once under the wrath of God but now rejoice because of all Jesus has done in His death, burial and resurrection. A Christian who rejoices over the potential death sentence of a sinner lost in his/her sin has failed to grasp the horror of hell. Hell is a place of eternal and unending punishment, so to rejoice over even just punishment of sinners is wrong. Yes, we can praise God for His justice because He is absolutely holy and He establishes and maintains the means by which that justice is meted out. Also, those who pass judgment on others in whatever sphere will be held accountable by God for how they meted out that justice. Even so, I fear many Christians may use this as an opportunity to point fingers and cast judgment. Rather than doing that, I pray we weep for Gosnell, intercede for Gosnell, and pray God will save Gosnell from the prison of his sin.

Second, any Christian who might be tempted to rejoice over this verdict needs to remember that you were once an enemy of God. That fundamental fact ought to stop you from jeering and cheering, instead leading you to repentance and to pray and intercede for Gosnell. Many people cheered when Bin Laden died because of the horrors he committed. If you are going to speak out against Gosnell and yet withhold mercy towards him, that demonstrates you not only do not understand mercy but also you do not understand the biblical worldview you claim as a supporter of life to adhere to. It is not enough to just be pro-life. We need to ground our thinking on the Word of God and let the Word dictate not just what we say but how we say it.

Finally, to cheer and jeer for Gosnell is to miss the point entirely. Gosnell will not be an isolated case there are other abortion clinics and doctors who have done the same thing. They may or may not be exposed here on earth but their deeds will be laid bare before the Judgment of God’s Throne when He opens up the books to judge the Living and the Dead.  Here is the key to approaching this issue biblically:  If you say you believe in the judgment seat of God then why are you going to cheer and jeer for those who are going to perish in their sins? Do you honestly believe that is what God wants in the first place? Do you believe Christ is able to save and that hell is eternal punishment and separation from God? Do you believe God is all powerful and able to save through His Gospel? If you answered yes to those questions, then instead of cheers and jeers, fall on your knees in repentance, pray for Gosnell and other sinners like him who are locked in a prison not bound by walls but one that will be a place of unending, unrelenting punishment. Pray and intercede for sinners but don’t cheer and jeer when justice is meted out. While you are praying, ask God to give you boldness to share His Word through the Holy Spirit.  Ask God to use you as a vessel to point people to the Savior who saves all types of sinners from sin and grants them new life, new desires, and new affections to the glory of God. 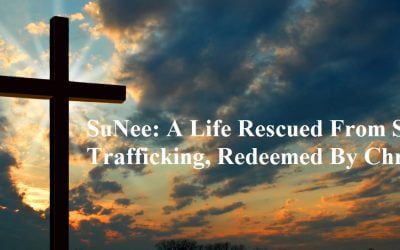