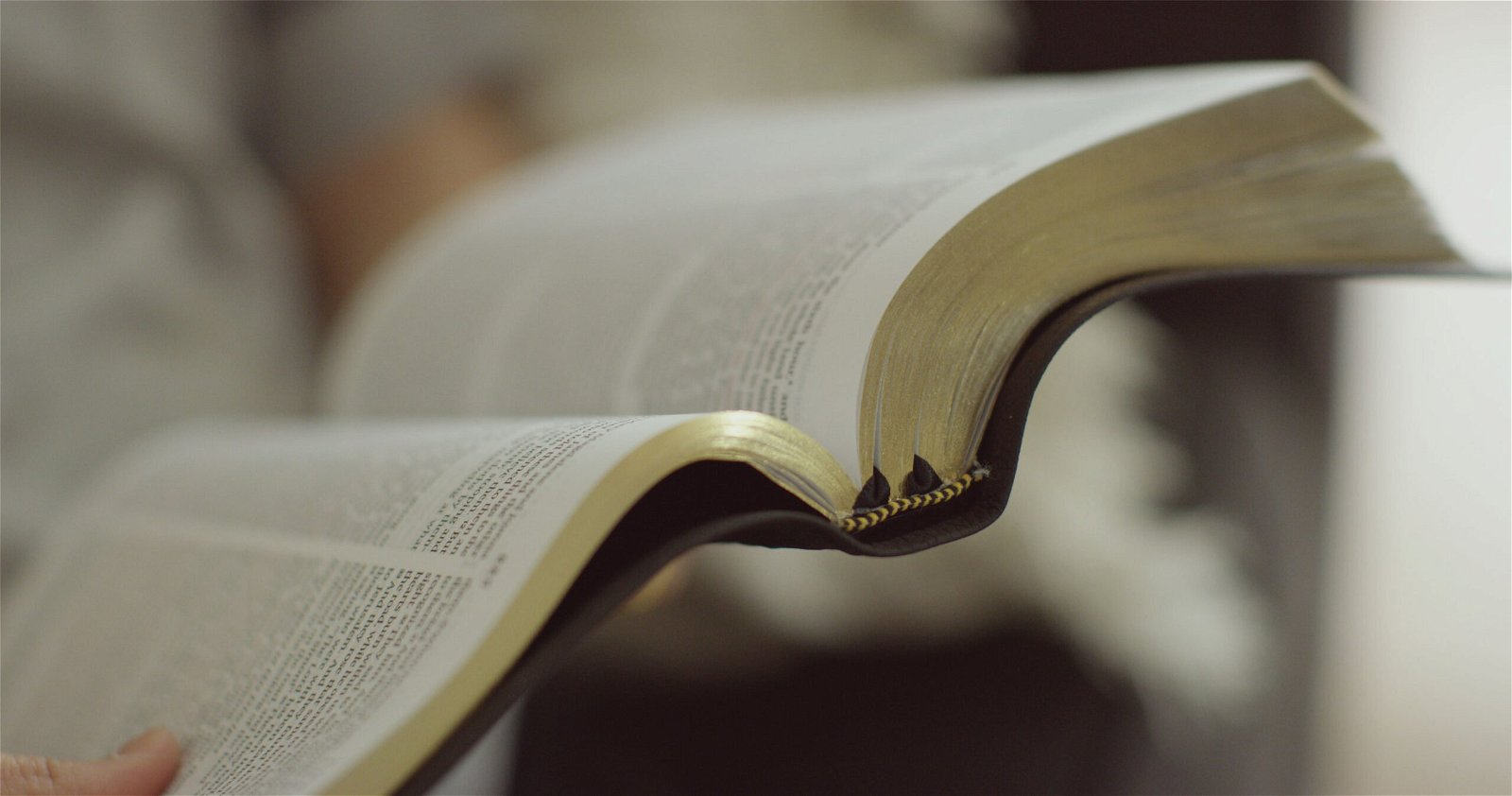 In one of the two New Testament genealogies of Jesus, Luke identifies Jesus as “the son (as was supposed) of Joseph, the son of Heli” (Luke 3:23). Luke proceeds to trace Jesus’s descent back to “Adam, the son of God”:

Setting aside the exegetical questions attending this passage, and the challenges of harmonizing this genealogy with that of Matthew, we may draw a few observations about the way in which Luke presents Adam in this genealogy.1

First, Adam appears among dozens of figures whom the biblical writers regard as fully historical (“Jacob . . . Isaac . . . Abraham . . . Noah . . . Seth . . . Adam . . . God”). There is no basis for exempting Adam from this grouping as a nonhistorical or semihistorical figure.2

Third, Adam, as a historical person and genealogical progenitor, is the first man. Luke recognizes no progenitor of Adam and thereby exempts him from the normal sequence of biological parentage that follows Adam. The reason for this unique circumstance is that Adam is descended from no man. Adam is, rather, “the son of God,” a reference to his special creation in Genesis 1–2. All human beings trace their descent from Adam, while Adam traces his descent from no human.

A second reference to Adam in Luke’s writings appears in his account of Paul’s address to the Areopagus in Athens (Acts 17:26):

And he made from one man every nation of mankind to live on all the face of the earth, having determined allotted periods and the boundaries of their dwelling place.

Although Paul does not mention Adam by name, he testifies to the universal descent of humanity from a single man, whom Paul knew to be “Adam” (Rom. 5:12–21; 1 Cor. 15:20–22, 44–49).5 David Peterson rightly concludes that the phrase “on all the face of the earth” “echoes the teaching of Genesis 1:28–29,” thereby identifying the “one man” as Adam.6 Furthermore, the conclusion of Paul’s speech centers upon the “man” whom God raised and who will judge “the world” at the end of the age (Acts 17:31). The one man, Adam, is a natural and expected counterpoint to the one man, Christ Jesus.7 As from a man the world has been populated, so by a man the world will be judged. The “one” of Acts 17:26, then, must refer to Adam, the ancestor of every human being.

This significant passage begins by saying,

Therefore, just as sin came into the world through one man, and death through sin, and so death spread to all men because all sinned . . . (Rom. 5:12)

Paul then continues with an extended discussion of the parallels between Adam and Christ. How does Paul’s argument inform our understanding of Adam? First, Paul identifies Adam in verse 14 as “a type [Greek typos] of the one who was to come,” that is, Jesus. Adam, then, is a “type” of Jesus. At the very least, the word “type” denotes correspondence. As a representative man whose action is imputed to those whom he represents, Adam corresponds to Jesus as his “prefiguration.”8 But this prefigurative correspondence is fundamentally historical in nature.9 As Versteeg aptly summarizes the denotation of this word, “a type always stands at a particular moment in the history of redemption and points away to another (later) moment in the same history.”10 That is to say, “type” denotes a fundamentally historical relationship.

Paul’s application of this term to the correspondence between Adam and Christ confirms the essentially historical relationship between these two men. Adam and Christ are historical men who occupy the same plane of history. This historical plane, furthermore, finds its meaning and integration in the “redemptive plan of God.”11 The relationship that Paul expresses between Adam and Christ therefore carries necessary implications for our understanding of Adam’s person. Adam is a historical person, no less a historical person than Jesus Christ. One is not free to maintain, then, that Adam is a mythical or semihistorical figure while Jesus Christ is a fully historical figure. Affirming the historicity of Jesus Christ requires affirming the historicity of Adam. It bears reiterating that this Adam, for Paul, is the Adam of whom Genesis 1–3 speaks in detail, the first human being, whom God specially created and from whom the entirety of the human race is biologically descended.

Although Paul does not mention Adam and Eve by name in 1 Corinthians 11:8–9, these verses summarize the biblical account of the creation of Adam and Eve in Genesis 1–2.19 Specifically, Paul recounts the special creation of Eve from Adam (1 Cor. 11:8; cf. Gen. 2:21–23).

This passage sheds light on Paul’s understanding of Adam and Eve in at least two respects. First, Paul regards Adam and Eve to have been historical persons, and the account of Genesis 1–2 to be a historical account. Second, Paul understands, with Genesis, Eve to have been specially created by God from Adam. Paul’s words exclude any scenario in which Eve may be said to have descended from a previously existing human being or humanoid.

This long discussion about the resurrection includes significant parallels and differences between Adam and Christ, such as this:

In verse 22, Paul sets in antithetical parallel “Adam” and “Christ”: “for as in Adam all die, so also in Christ shall all be made alive.” Adam is the “man” of the previous verse—“for as by a man came death, by a man has come also the resurrection of the dead” (1 Cor. 15:21). The two men are similar in that they are representative persons. Death comes to “all” those who are “in Adam”; resurrection life comes to “all” those who are “in Christ.”12

We may draw two important implications from Paul’s statements in these verses. First, the parallel that Paul establishes between Adam and Christ not only requires that each be a representative figure, but also that each be a representative man (1 Cor. 15:21). To question or to compromise the humanity of the one is necessarily to question or to compromise the humanity of the other. Second, Paul’s claims about Adam and Christ in these verses lie not on the periphery but at the heart of his gospel. The resurrection is among the matters “of first importance” that Paul delineates in 1 Corinthians 15:3–4. Since Paul explicates the resurrection of the man Christ in terms of the death that the man Adam has brought to the human race, Paul inseparably yokes the historicity of each man to the resurrection of Christ. The historicity of Adam, then, is not a disposable element of Paul’s teaching concerning the resurrection of Christ.

But I am afraid that as the serpent deceived Eve by his cunning, your thoughts will be led astray from a sincere and pure devotion to Christ.

For Adam was formed first, then Eve; and Adam was not deceived, but the woman was deceived and became a transgressor. (1 Tim. 2:13-14)

Paul speaks explicitly about Adam and Eve in 1 Timothy 2:11–14. In the larger context (1 Tim. 2:1–15), Paul is giving the church instructions about public worship. In the course of these instructions, Paul makes statements that treat very specific details of Genesis 2–3 as historical fact, not as parts of a myth or a parable or an allegorical or figurative story.

Paul, then, is treating the account of Genesis 1–3 as fully historical narrative. He regards Adam and Eve as specially created by God. He regards Eve’s deception as a historical event with implications for the way in which, after the fall, her descendants are to relate to one another.15 Paul’s argument in 1 Timothy 2:13–14 requires Adam and Eve to have been the first man and woman and, as such, to be the parents of every human being.

In the midst of a warning (Jude 3–16) about false teachers who are threatening the churches of which Jude’s readers are a part, Jude reminds his audience that these false teachers were the concern of earlier prophecy. Specifically,

Enoch, the seventh from Adam, prophesied, saying, “Behold, the Lord came with ten thousands of his holy ones . . .” (Jude 14)

Jude here identifies “Enoch” as descended from Adam, in the seventh generation from Adam. He treats Enoch as a historical personage, who utters the prophesies documented in Jude 14–15. The fact that Enoch is identified as “the seventh from Adam” not only confirms Enoch’s historicity but also assumes Adam’s historicity.

This is a guest article by Guy Waters, a contributing author to A Biblical Case against Theistic Evolution edited by Wayne Grudem. 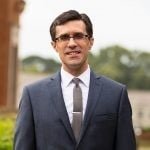 Dr. Guy Prentiss Waters is James M. Baird Jr. Professor of New Testament at Reformed Theological Seminary in Jackson, Miss., and a teaching elder in the PCA. He is author of How Jesus Runs the Church.