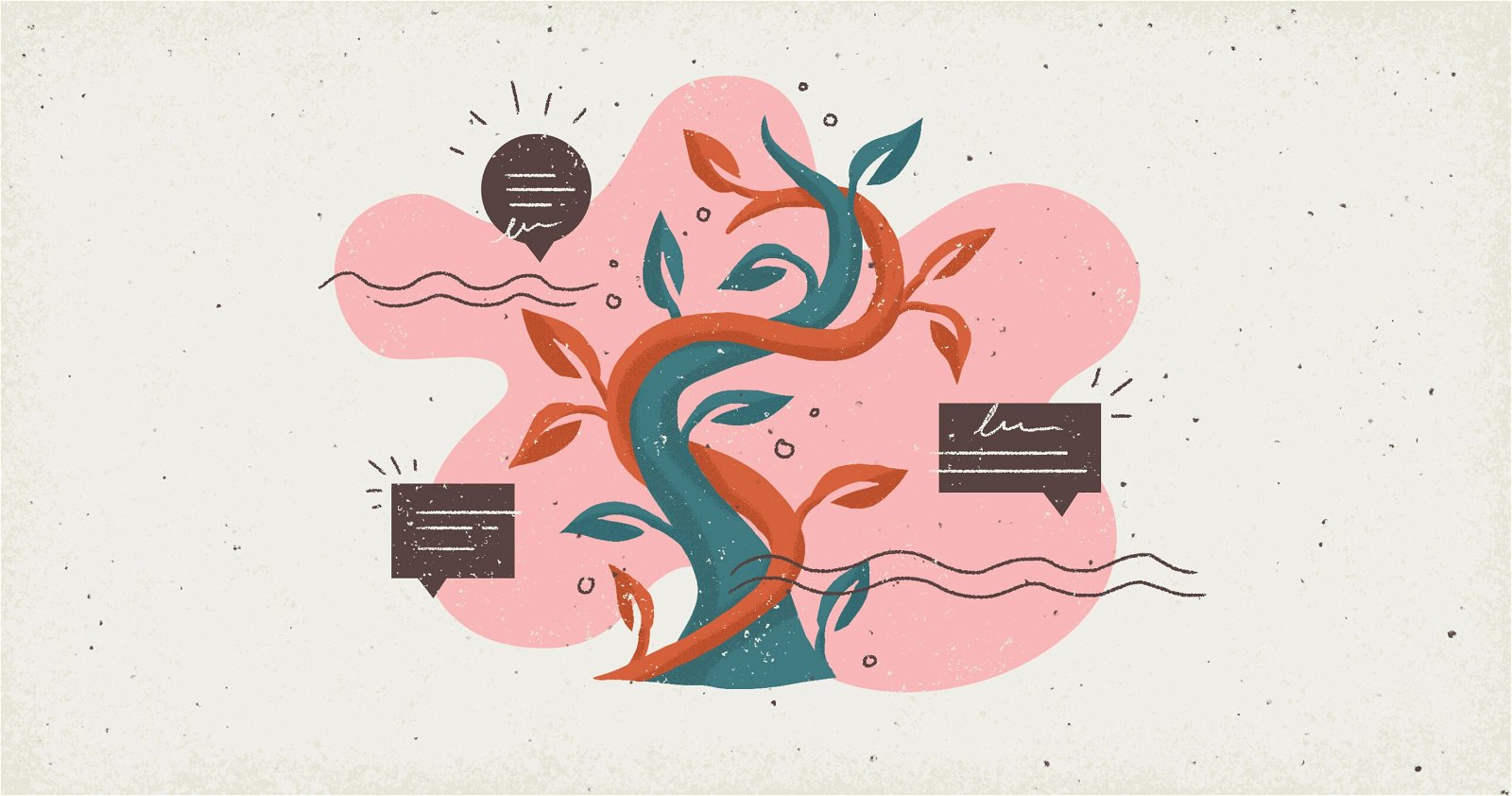 The Inevitability of Criticism

To be a pastor is to be told (often or infrequently) that you’re doing it wrong, that you are wrong, or that everything in the church is just wrong. You’ve committed yourself to people who are battling pain, unbelief, and multiform temptations—just as you are—and sometimes they simply don’t want your involvement, or don’t appreciate how you’re trying to help them. When they criticize you, gently or harshly, it hurts deeply. Whether it’s unfair or whether there are real grains of truth in what’s said, criticism can kill you.

Don’t let it. And don’t be surprised. Receiving criticism is part of pastoral ministry. Expect it and be ready to learn from so that you can grow in your walk with the Lord and in your service of the saints. Criticism is not a crisis to be avoided; it is the Lord’s appointed means of change as you respond well to it—for yourself, for your critic, or for both of you. Here are seven perspectives and tips:

1. Recognize that Criticism Is Biblical

For all of the haters and haranguers, not all criticism comes from wrong motivations. People who love you will find ways to show you your errors and sins because Scripture tells them to (Prov. 27:5, Matt. 18:15). If you’re never criticized—helpfully, accurately, lovingly—that might be a sign that all is actually far from well with you and with those around you. They may not love you enough to challenge your mistakes or weaknesses, or may feel that you won’t take criticism well because you’re prickly and self-justifying. The result is that they don’t engage you where you most need it.

Remember, too, even criticism which comes with sinful anger or is wrapped in hurtful words might well contain much truth that you need to acknowledge. So, when that criticism comes, ask yourself, Is this accurate? Do I need to hear this and change? If the answers are yes, thank the Lord and aim to thank your critic, however tough that may be. Dwell on Proverbs 17:10 and appreciate its wisdom.

Ungodly, unfair criticism can be devastating. We replay hard words over and over in our heads. Years down the line we can remember whole sentences from conversations which have hurt us deeply. Words wound.

Kind and well-delivered words which confront and challenge can do just the same. “Faithful are the wounds of a friend” (Prov. 27:6). Not just vicious, unfair ones, but also truthful words from loving hearts which challenge how we behave can also devastate. We don’t expect them to criticize us—“They’re our friends!” we tell ourselves—but we do need friends who love us with hard truths.

Criticism shakes our sense of who we are, and that is always difficult. Criticism also recasts how we see others, and maybe even who we thought those people really were, which is equally disorientating for us. We need to process this all and acknowledge to the Lord that being criticized is a hard road, even though it might be the road we need to travel along.

3. Take Criticism to the Word and Prayer

Two temptations are ready to snatch away the seeds of growth which we can and should experience when we receive right as well as wrong criticism: we can reject all we’ve heard instantly and forget it (maybe having criticized the giver in our hearts or to others), or we can internalize all of our feelings and either wallow in defeat or build up our defenses for the next time it comes round. Neither is godly.

Rather than pushing back or crumpling inside, we have to take the criticism back to God’s word. Let’s search our Bibles and search our hearts in the Lord’s presence. Why did those words sting so much? What about them was so hard to take? Were they right—in the light of Scripture—or were they wrong? Pray for insight as you read the word, ask for the Lord to show you how he wants you to think and to respond. You cannot properly interpret or know how to react to criticism on your own. You need to find the Lord’s help.

4. Understand that Criticism Always Changes You

Ignore valid criticism, and your heart gets harder and your defensiveness and pride become more entrenched. Without grace, each criticism makes you put a new brick in your defensive wall. That is wrong. Your critics don’t make you bitter; but your response to them may do so. Don’t allow criticism, especially the unfair stuff, to become a root of bitterness in your heart (Heb. 12:15).

With the Lord’s help, you can handle criticism. Your justification isn’t found in your ministry skill or your reputation; it’s found in Jesus. He loves you without condition, he knows all of your faults, but he isn’t waiting to throw your failures back in your face. With him you are accepted, precious, and secure. Allow criticism to drive you back to his acceptance of you, and be freshly thankful to him. Then, as your heart becomes more tender in your daily reliance on him, you become more self-reflective and more humble. Make sure that that happens, and the criticism—however unfair—will be a powerful instrument in God’s sanctifying purposes in your life.

5. Use Criticism to Deepen Relationships

Your instinct is to withdraw from those who criticize. They’re too much trouble, they’ve hurt me already, and they’ll do so again you reason. But avoid at all costs the temptation to retreat and to avoid.

What your critics actually need—and what your heart needs—is your engagement with them. Explore that criticism with them, if that’s possible. They might want to add more godly criticism (ouch!), retract unfair words, or things said harshly. Yes, it will be painful, but it will be good pain, a place of deepening connection with a strong potential for a growing relationship which honors the Lord in truth and love. You will need courage and humility, but as you step out, the Lord will supply you richly. Trust him.

6. Make Criticism a Catalyst for Christlikeness

Jesus was free from sin even when he was lied to, lied about, mocked and criticized. He was criticized by his enemies, by his disciples, and by his own family. He was labeled a law-breaker, he was told that he had misread God’s plan for his life, and they said that he was out of his mind. He was mocked as he bled on the cross. He rebuked when he had to (Mk. 8:33), but he did not retaliate. Not once. He entrusted himself to his righteous Father (1 Pet. 2:23). He prayed for those who wounded him. He is our example. His is the pattern we follow.

You’re criticized—is it wrong and vicious? Are you criticized when you’re doing the right thing? No wonder this is the case, if you are following Jesus (1 Pet. 3:14). Pastor, remember that you are not a walk-over, nor are you a whipping-post. You are called to be meek, but not weak. People cannot say anything to you, nor can they say things in any way they choose. Facing criticism calls us to be brave as well as humble, and bravery comes in pushing back gently but firmly against ungodly behavior when it’s needed in order to point people to Jesus. That is costly and risky, but we follow Jesus both in embracing unjust suffering and in speaking helpful truth.

7. Rejoice: Jesus Is Always for You, Even In Criticism

In your ministry as a Pastor, there will be times when you are wickedly criticized. Those wounds go in very deep. Maybe there is no way of addressing that criticism to get the outcome you want, and you cannot get the redress your heart longs for. Maybe, though, that is not the end of the world, even though for a season it may feel like it.

Being unfairly criticized is a bewildering, crushing experience. Allow the pain to drive you to Jesus. He was crushed—in spirit, mind, and body. He was broken for you. He knows and he understands. He died confident in his vindication in the presence of his Father, and he assures us that we will be vindicated, too, on the last day. For now, press on in that confident hope. Take your struggle to Jesus and lean hard into the promises of his love. The Scottish Puritan Samuel Rutherford said that “there is no sweeter fellowship with Christ than to bring our wounds and our sores to him.” Try him. He’s for you.

This is a guest article by Lewis Allen, author of The Preacher’s Catechism. This post originally appeared on crossway.org; used with permission. 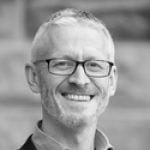