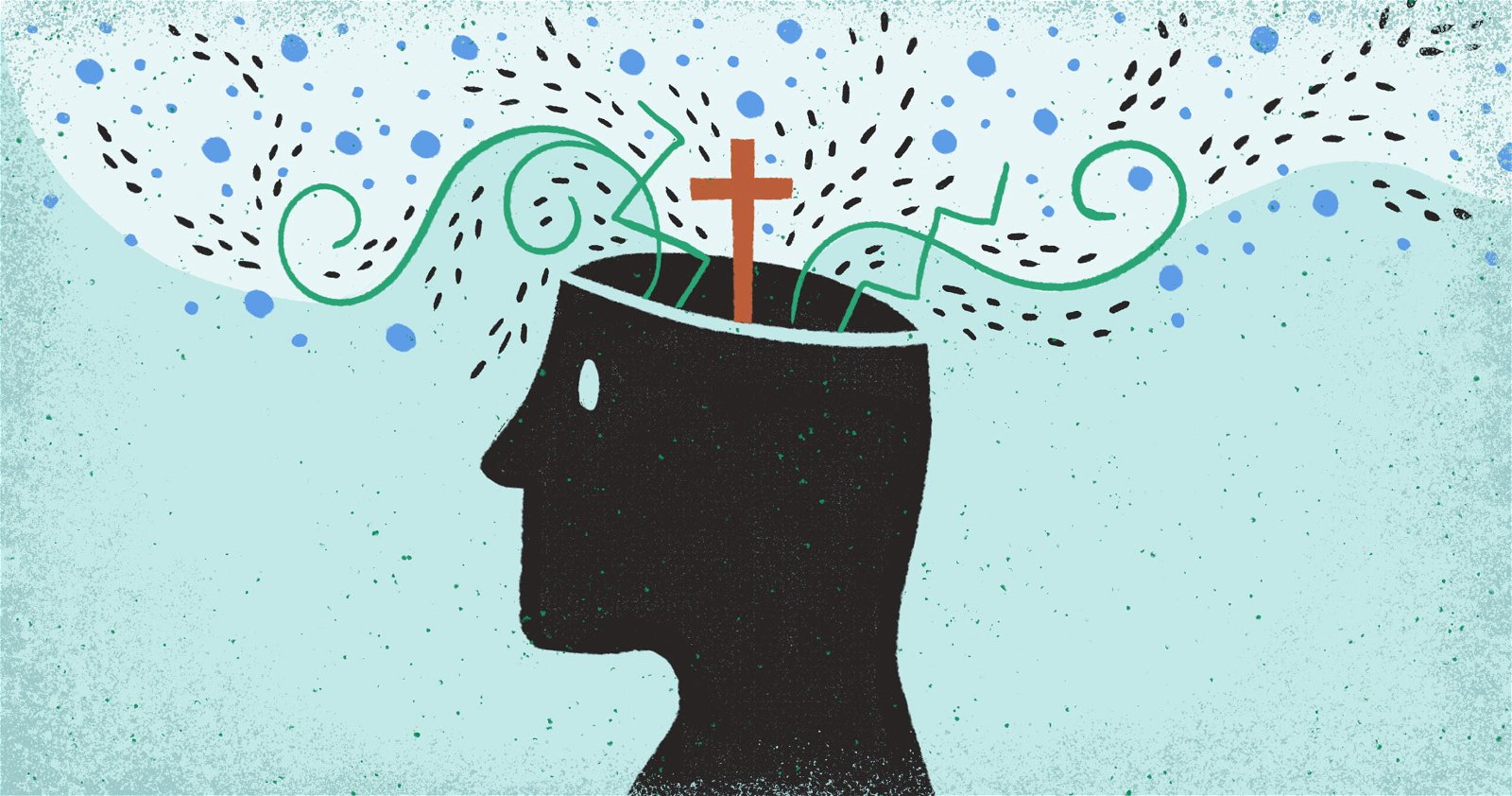 4 Reasons Christians Should Use Their Minds

In the early 1960s, John Stott was asked by James Houston to speak at Regent College in Vancouver, Canada. Stott returned to Regent on a number of occasions and was impressed by its attempts to develop a distinctive Christian approach to a range of secular issues and to train laypeople.1

He was also influenced by Harry Blamires, an Anglican theologian and literary critic who had been mentored by C. S. Lewis. In his book The Christian Mind, Blamires had called for the development of a Christian response to secularism,2 and its influence on Stott is clear from the extensive use he makes of it in his own work. Blamires defines a Christian mind as “a mind trained, informed, equipped to handle data of secular controversy within a framework of reference which is constructed of Christian presuppositions.”3 A Christian thinker, says Blamires, “challenges current prejudices,” “disturbs the complacent,” “obstructs the busy pragmatists,” “questions the foundations of all about him,” and “is a nuisance.”4 Blamires deplores the lack of “a Christian mind” in the contemporary church. “It is difficult to do justice in words to the complete loss of intellectual morale in the twentieth-century Church. One cannot characterize it without having recourse to language which will sound hysterical and melodramatic.”5

Blamires’s approach contrasted with the “simple gospel” espoused by Nash, who was wary of apologetics and doctrine. Oliver Barclay says, “Bash was always frightened of the danger of going ‘intellectual.’”6 Stott never lost his appreciation of Nash’s involvement in his life, but in this respect his own sharp mind and his exposure to other influences reshaped his outlook. And soon he set about reshaping the outlook of British evangelicalism.

In 1972, Stott gave the presidential address at the UK Inter-Varsity Fellowship annual conference and used the occasion to structure his thinking on the place of the mind in the Christian life. His address was later published as Your Mind Matters and is the clearest statement of his concern for a Christian mind, a concern that runs throughout his work.7 His intention was to warn against what he called “the misery and menace of mindless Christianity.”8 Ideas rule the world, he says. So, if we want to win the world for Christ, then we must “destroy arguments and every lofty opinion raised against the knowledge of God, and take every thought captive to obey Christ” (2 Cor. 10:5).

Stott begins by expressing his fear that what Paul said about the Jews of his day is true of contemporary Christians: “They have a zeal for God, but not according to knowledge” (Rom. 10:2). Too often, says Stott, evangelicals are “keen but clueless.”9 He also laments a widespread anti-intellectualism in the wider culture of his day. The world no longer asks, “Is it true?” but “Does it work?” Today we might add the question “How does it make me feel?” But the same anti-intellectualism, argues Stott, is in the church. As examples, he cites Catholic ritualism, which substitutes mere performance for intelligent worship; ecumenical social action, which opts for joint activism over a search for doctrinal agreement; and Pentecostal Christianity, which makes “experience the major criterion of truth . . . putting our subjective experience above the revealed truth of God.”10

Stott recognizes the need for both intellect and emotion in Christianity, but, clearly for him, “the greater danger is anti-intellectualism and a surrender to emotionalism.”11 It is a danger he sees in evangelistic preaching that “consists of nothing, but an appeal for decision.”12 It is a danger he sees in “the contemporary hunger for vivid, first-hand, emotional experiences, and in the enthronement of experience as the criterion of truth.”13 It is a danger that, if anything, is more acute now than it was in Stott’s day.

We need to remember that Stott’s emphasis on the mind is largely addressed to evangelical Christians, with a view to correcting their anti-intellectualism. In his dialogue with liberal theology he hits a different (albeit consistent) note. Liberalism is characterized by the priority it gives to human reason, effectively making reason the judge of Scripture. In this context Stott recognizes the limits of reason: “Reason had a vital role in the understanding and application of revelation, but it can never be a substitute for it. Without revelation reason gropes in the dark and flounders in the deep.”14

Addressing evangelicals, however, in Your Mind Matters Stott identifies four reasons why Christians should use their minds based on the doctrines of creation, revelation, redemption, and judgment.

1. God created humanity with a capacity to think.

This is one factor that distinguishes us from other animals. Indeed, unthinking people are rebuked in the Scriptures for behaving in a bestial way (Pss. 32:9; 73:22). “God expects man to co-operate with him, consciously and intelligently.”15 It is true that humanity’s reason is now corrupted by sin, but this does not allow us to retreat from reason, not least because our instincts and emotions are also corrupted by sin. In spite of our fallenness, God still commands people to think and to interpret the world around them (Isa. 1:18; Matt. 16:1–4; Luke 12:54–57).

God’s self-revelation indicates the importance of the mind, for God’s revelation is rational revelation, both his general revelation in nature and his special revelation in Scripture. God himself is “a rational God, who made us in his own image rational beings, has given us in nature and in Scripture a double, rational revelation, and expects us to use our minds to explore what he has revealed.”16 “The assumed ability of man to read what God has written in the universe is extremely important,” says Stott.17 In The Contemporary Christian he explains, “All scientific research is based on the convictions that the universe is an intelligible, even meaningful, system; that there is a fundamental correspondence between the mind of the investigator and the data being investigated; and that this correspondence is rationality.”18 In other words, God has made a rational world with predictable patterns in nature, and God has made humanity with rational minds that can discern these patterns in nature.

So Stott refuses to view science as an enemy.19 He critiques the god-of-gaps approach, in which the notion of God is employed merely to explain whatever is otherwise inexplicable. The problem with this is that the space left for God has been increasingly squeezed as scientific understanding has advanced so that now there is no need for God in a modernist worldview. But it is wrong to conceive science and Scripture as parallel or competing approaches. The real parallels are between nature and Scripture (complementary sources of information), and science and theology (our complementary attempts to make sense of this information).20

3. Salvation is applied through words addressed to minds.

Christians need to use their minds because salvation is applied through the proclamation of the gospel—words addressed to minds. Human rationality is key to redemption. “Communication in words presupposes a mind which can understand and interpret them.”21

What about Paul’s words in 1 Corinthians 1:21: “For since, in the wisdom of God, the world did not know God through wisdom, it pleased God through the folly of what we preach to save those who believe”? The contrast here, says Stott, is not between a rational and irrational presentation. The limitation of human wisdom does not mean God has dispensed with rationality. Instead, the contrast is between human wisdom (which, blinded by human pride, is in fact ignorance) and divine revelation (rationally presented in gospel proclamation). Not only does the gospel address the mind; it also renews the mind (Eph. 4:23; Col. 3:10).

Indeed, a spiritual person can be said to possess “the mind of Christ” (1 Cor. 2:15–16). In The Living Church, Stott adds, “I do not hesitate to say that anti-intellectualism and the fullness of the Spirit are mutually incompatible.”22

4. The doctrine of judgment assumes the importance of the mind.

“For if one thing is clear about biblical teaching on the judgment of God, it is that God will judge us by our knowledge, by our response (or lack of response) to his revelation.”23 Stott cites Jeremiah’s warnings of judgment because the people had failed to listen to revelation (Jer. 7:25–26; 11:4, 7–8; 25:3–4; 32:33; 44:4–5) and Paul’s assertion that all people are guilty before God because everyone has received revelation in some form or other (Rom. 1–2). Jesus himself says, “The one who rejects me and does not receive my words has a judge; the word that I have spoken will judge him on the last day” (John 12:48).

Perhaps the current mood (cultivated in some Christian groups) of antiintellectualism begins now to be seen as the serious evil it is. It is not true piety at all but part of the fashion of the world and therefore a form of worldliness. To denigrate the mind is to undermine foundational Christian doctrines. Has God created us rational beings, and shall we deny our humanity which he has given us? Has God spoken to us, and shall we not listen to his words? Has God renewed our mind through Christ, and shall we not think with it? Is God going to judge us by his Word, and shall we not be wise and build our house upon this rock?24

This is a guest article by Tim Chester, author of Stott on the Christian Life: Between Two Worlds. This post originally appeared on crossway.org; used with permission. Tim Chester is a pastor at Grace Church, Boroughbridge, UK; a faculty member of Crosslands Training; and is the author of over 30 books. He has a PhD in theology and was previously Research and Policy Director for Tearfund UK. He has been an adjunct lecturer in missiology and reformed spirituality. Tim is married to Helen and has two daughters.