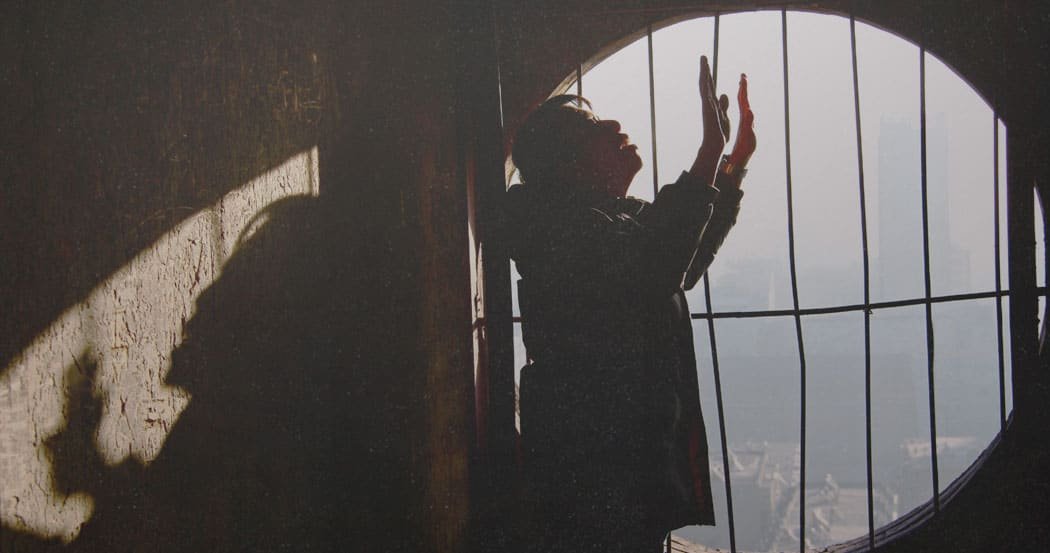 10 Things You Should Know about Persecution

1. Persecution is bound up with Christ’s persecution.

Jesus made that clear on His way to Jerusalem when he told his disciples that there he would “suffer many things . . . and be killed, and on the third day be raised” (Matt. 16:21). And then he told his followers that they were, in fact, to follow him by taking up their cross—that is, by fully identifying with him, whatever that would cost them and wherever that would take them. Suffering for the sake of the gospel is a way in which we identify with Christ’s sufferings—and he, in turn, identifies with the sufferings of His people. “Beloved, do not be surprised at the fiery trial when it comes upon you to test you, as though something strange were happening to you. But rejoice insofar as you share Christ’s sufferings, that you may also rejoice and be glad when his glory is revealed.” (1 Pet. 4:12–13).

2. Persecution binds the members of the body of Christ together.

As Christians, our lives are forever bound up in Christ’s life and, therefore, bound up with all other believers as well. When members of the body suffer, the rest of the body suffers. This connection is clear in Hebrews 13:3, “Remember those who are in prison, as though in prison with them, and those who are mistreated, since you also are in the body.” “Remember” is more than to think about—or even to pray for—though it would include both of those things. But there’s a deeper, practical, heartfelt connection to a persecuted believer, as a hurting family member.

3. Acts of persecution vary widely along a spectrum of suffering.

Paul reminded Timothy that “all who desire to live a godly life in Christ Jesus will be persecuted” (2 Tim. 3:12). And this verse isn’t just for Christians living in Pakistan or North Korea. Persecution is purposeful suffering for the sake of Christ and for his glory, and it comes in many forms. It’s not just martyrdom or prison. Suffering for the sake of the gospel may come suddenly and violently; but it often begins simply with intimidation and discrimination, as well as shunning by family and friends opposed to the gospel, and then more violent opposition may follow. This in no way implies that a Christian who is laughed at or who loses a job promotion for his faith is suffering in the same way a believer who has been beaten or jailed for his faith. It does mean, though, that following Christ will cost us—whatever our context (Luke 14:25–33).

4. Persecution historically—and in much of the world—is common.

This is especially true in places where Christians are a small minority, living as “lambs among wolves,” and suffering for Christ is accepted as a normal part of one’s faith. I recall what one Chinese house church pastor told me after he and his wife were arrested, interrogated, and their apartment raided, “As pastors, we always expect to be arrested. That’s understood from the beginning.” We must remember that Christ never—not for a moment—ever abandons those he loves.

5. Persecution should not be sought.

In the New Testament persecution, was an expected result of living and speaking for Christ, but it was not something in itself to seek. All persecution is not created equal—sometimes it’s just the result of arrogance. For example, there are accounts of Christians who have been arrested and deported for dropping into a country like China on a tourist visa and openly distributing Bibles on the streets. Typically, they manage to get themselves arrested and deported. They go home with great stories and bragging rights—selfies of suffering—while the host Christians in that city are left to truly suffer, some even going to prison for their ties to the commando-style missionary. “If you are insulted for the name of Christ, you are blessed, because the Spirit of glory and of God rests upon you. But let none of you suffer as a murderer or a thief or an evildoer or as a meddler. Yet if anyone suffers as a Christian, let him not be ashamed, but let him glorify God in that name” (1 Pet. 4:14—16).

6. Perspective is important in reading media reports of persecution.

It’s the nature of news reporting to generalize and sensationalize, and Christian news sources aren’t much different than secular media in this regard. While the speed and reach of the internet can bring persecution incidents quickly to light, it can also result in the proliferation of poorly vetted stories that are then recycled for months—even years.

7. When it comes to advocacy efforts for the persecuted church, manage your expectations.

“Can’t the government do something?” is a typically American response, but in many parts of the world, governments are doing something—they are persecuting Christians! As someone who has worked on and off Capitol Hill for years, advocacy efforts to leverage government intervention are limited and often discouraging. There are a few Josephs and Daniels who labor on behalf of their suffering brothers and sisters, but overall the amount of effort needed to get people in power to use their power to speak and act on behalf of persecuted Christians is enormous. It seems, at times, that we would get a better hearing if we simply stood on a street corner and shouted. Still, advocacy efforts have some limited value. Keep in mind that the best advocacy work is done behind-the-scenes because no country wants to appear to be caving into pressure from the United States. The most effective advocacy groups aren’t the ones who are simply “raising awareness”—and funds—off of persecution stories. The effective ones are those who have invested years in cultivating relationships and trust with congressional and agency officials and their staffs, who bring reliable intelligence from the field, and who handle it sensitively.

8. Persecuted Christians are not celebrities or super saints.

While it is right to “give honor to whom honor is due,” we must remember that our persecuted brothers and sisters are sinners saved by Christ alone who face the same temptations and needs of daily grace and obedience that we all do. They are men and women “with a nature like ours” (James 5:17). So, while we may not know what it feels like to be beaten and imprisoned for the sake of the gospel, as believers we all know what it feels like to battle anger, lust, fear, and discouragement. Understanding our common, daily, desperate need of Christ’s sustaining work gives us empathy and a more meaningful prayer partnership with our suffering sisters and brothers.

9. Persecution is a mark of gospel advance.

When Stephen was martyred, it opened a floodgate of violent hatred toward Christians. “And there arose on that day a great persecution against the church in Jerusalem, and they were all scattered throughout the regions of Judea and Samaria” (Acts 8:1). But Stephen’s martyrdom also opened a floodgate of gospel witness. “Now those who were scattered went about preaching the word” (Acts 8:4). Samuel Zwemer, pioneer missionary to Arabia more than a century ago, observed, “When you read in reports of troubles and opposition, of burning up books, imprisoning colporteurs, and expelling workers, you must not think that the gospel is being defeated. It is conquering. What we see under such circumstances is only the dust in the wake of the ploughman. God is turning the world upside down that it may be right side up when Jesus comes. He that plougheth should plough in hope. We may not be able to see a harvest yet in this country, but furrow after furrow, the soil is getting ready for the seed.”1

10. Jesus keeps his promises to his people.

The last promise Christ made to his followers before his ascension, “I am with you always” (Matt. 28:20), is especially precious in the midst of gospel advance and gospel suffering. In these darkening days, when Christians in many countries are living “as lambs among wolves” and we see growing hostility and threats against Bible-believers even in our own country, we must remember that Christ never—not for a moment—ever abandons those he loves. “But now thus says the Lord, he who created you, O Jacob, he who formed you, O Israel: ‘Fear not, for I have redeemed you; I have called you by name, you are mine. When you pass through the waters, I will be with you; and through the rivers, they shall not overwhelm you; when you walk through fire you shall not be burned, and the flame shall not consume you. For I am the Lord your God, the Holy One of Israel, your Savior’” (Isa. 43:1–3a).

This is a guest article by Tim Keesee, author of Dispatches from the Front: stories of Gospel Advance in the World’s Difficult Places. This post originally appeared on crossway.org; used with permission.