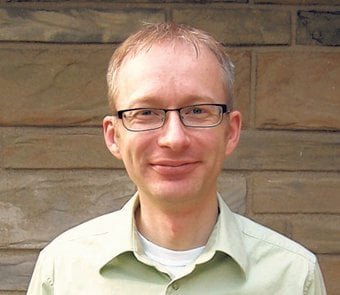 William VanDoodewaard – The Lost Word, and the Lost World

In 2009, John Walton, professor of Old Testament at Wheaton College, challenged the evangelical world with the publication of his The Lost World of Genesis One. He argued that contrary to a traditional, literal reading of Genesis, essential clues to understanding the first chapter of Genesis were found in ancient Near Eastern literary and cultural contexts: “the key… is to be found in the literature from the rest of the ancient world” (p.10). Claiming that Genesis 1 was written in a way shaped by ancient Near Eastern temple inauguration, Walton argued that the text spoke of God ordaining functions for creation as his temple, rather than describing creation’s material origins. According to Walton, Genesis simply does not address material origins, aside from the first verse. This “long lost understanding” of the Genesis text, Walton argued, helpfully removed obstacles to a rapprochement between contemporary mainstream scientific interpretations of the past and the Christian faith.

In a 2012 Zygon article, Walton reflected that his interpretation of Genesis allowed an easy harmony with “evolutionary creationism” or theistic evolution, describing the “dust” and “rib” as “archetypal affirmations about the nature of humanity… the focus is on all womankind and mankind.”[1] Around the same time, Walton embarked on a seven month global tour to promote his new hermeneutic, speaking at evangelical seminaries and colleges from New Zealand to the United States.[2] Biologos paid the bill.

It is no surprise then, that in The Lost World of Adam and Eve (2015), Walton moves forward in the Genesis text, seeking a comprehensive application of this hermeneutic to the Genesis text narrating humanity’s creation. Like his previous volume, Walton arranges his chapters as “propositions,” most of which build on those prior. He also includes an excursus on Paul’s use of Adam by N.T. Wright.

Walton is well aware that a key part of the battle of persuasion on Genesis and human origins in the evangelical world lies in creating theological and exegetical space for his hermeneutic. In his introduction he reassures the reader that he retains, “the broad spectrum of core theology” of Genesis:

[T]he authority of Scripture, God’s intimate and active role as Creator regardless of the mechanisms he used or the time he took, that material creation was ex nihilo, that we have all been created by God, and that there was a point in time when sin entered the world therefore necessitating salvation (pp.13-14)

It is worth pausing here to consider what Walton is offering us. Discerning readers will realize that this “core theology” of the early Genesis narrative is a substantial diminishment from that of traditional evangelical orthodoxy. In his broad spectrum of core theology, he actually offers us less from Genesis, not more. Walton tells us that his is a “Bible-first approach (in contrast to a science-first or even extra-biblical-first approach)” (p.14). At the same time, he notes that his impetus in writing lies in being “prompted by new information from the ancient world and new insights by modern science.”(p.14) This motivated his return to the biblical text, “to see whether there have been options that have been missed or truths that have become submerged under the frozen surface of traditional readings” (p.14)

Walton goes on to explain a key element for his “ice-breaking” approach to early Genesis: a view of divine accommodation in inspiration requiring extra-biblical contextualization for readers living in subsequent eras. “God has accommodated the communicator and immediate audience,” meaning that “when we read the Bible, we enter the context of that communication as low-context outsiders… we have to use research to fill in all the information that would not have been said by the prophet in his high-context communication to his audience. This is how we, as modern readers must interact with an ancient text” (p.16-17)