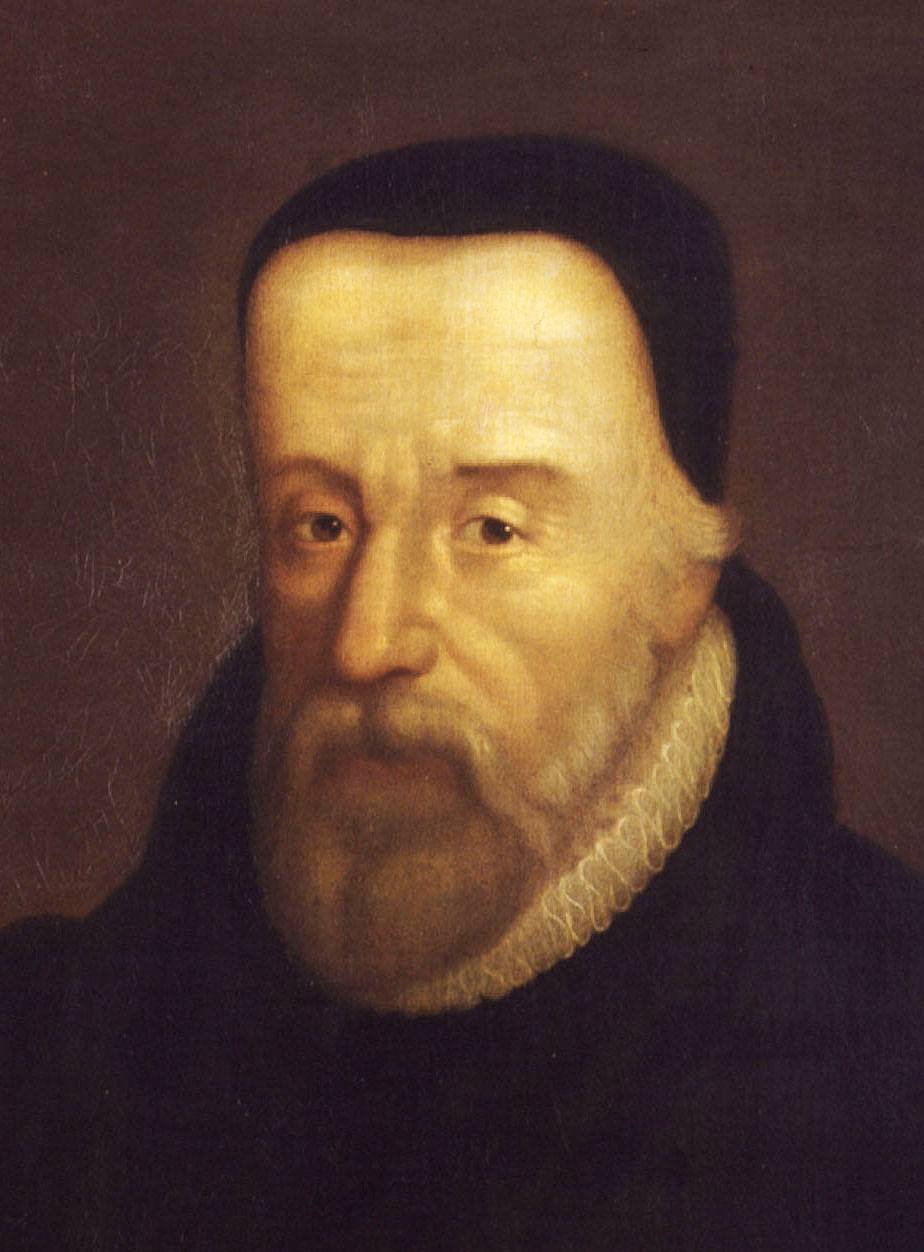 William Tyndale – A Pathway Into the Holy Scripture

I marvel greatly, dearly beloved in Christ, that any man would ever contend or speak against having the scripture available in every language, for every man. For I would have thought no one so blind as to ask why light [the light of the word of God] should be shown to those who walk in darkness—darkness where they cannot but stumble, and where to stumble is the danger of eternal condemnation. Nor would I have thought any man would be so malicious that he would begrudge another so necessary a thing, or so mad as to assert that good is the natural cause of evil, and that darkness proceeds out of light, and that lying is grounded in truth and verity. I would think he would assert the very contrary: that light destroys darkness and truth reproves all manner of lying.

Nevertheless, seeing that it has pleased God to send to our English people (as many as sincerely desire it) the scripture in their mother tongue, but also that there are false teachers and blind leaders in every place, and in order that you not be deceived by any man, I believed it very necessary to prepare this Pathway into the scripture for you. I do it so that you might walk surely and always know the true from the false. And above all I write to put you in remembrance of certain points, namely to well understand what these words mean: the Old Testament, the New Testament, the law, the gospel, Moses, Christ, nature, grace, working, believing, deeds and faith — lest we ascribe to the one that which belongs to the other, and make Christ to be Moses, or the gospel to be the law, or despise grace and rob from faith, or fall from meek learning into idle disputes, brawling, and scolding about words.

The meanings of certain words

The Old Testament is a book in which is written the law of God and the deeds of those who fulfill it, and, also, of those who do not.

Evangelion (which we call the gospel) is a Greek word that signifies good, merry, glad and joyful tidings—tidings that make a man’s heart glad and make him sing, dance, and leap for joy. An example is when David had killed Goliath, the giant, and glad tidings went to the Jews that their fearful and cruel enemy was slain and they were delivered out of all danger. For the gladness of this they sang, danced, and were joyful. In like manner the Evangelion of God (which we call the gospel, and the New Testament) is joyful tidings and, as some say, a good message declared by the apostles throughout all the world of Christ, the right David, who has fought with sin, with death, and the devil, and has overcome them. By this all men who were in bondage to sin, wounded with death and overcome by the devil are, without their own merit or deserving, loosed, justified, restored to life and saved. They are brought to liberty, and reconciled to the favor of God, and set at one with Him again. And those who believe these tidings laud, praise and thank God, and are glad and sing and dance for joy.

This Evangelion or gospel (that is to say, such joyful tidings) is called the New Testament because just like a man, when he dies, directs his goods to be dealt and distributed after his death among his named heirs, so Christ before his death commanded and appointed such Evangelion, gospel, or tidings to be declared throughout all the world, to thereby give all his goods to those who repent and believe. His goods are: his life, by which he swallowed up and devoured death; his righteousness, by which he banished sin; and his salvation, by which he overcame eternal condemnation. Now a wretched man (who knows himself to be wrapped in sin and in danger of death and hell) cannot hear anything more joyous than such glad and comforting tidings of Christ, so that he cannot but be glad, and laugh from the very bottom of his heart if he believes these tidings are true.

To strengthen such faith, God promised his Evangelion in the Old Testament, through the prophets. As Paul says (Romans 1), he was chosen to preach God’s Evangelion, which God had promised before by the prophets in the Scriptures that speak of his Son who was born of the seed of David. In Genesis 3 God says to the serpent, I will put hatred between you and the woman, between your seed and her seed; that same seed will tread your head underfoot. Christ is this woman’s seed: he it is who has trodden underfoot the devil’s head—that is to say sin, death, hell and all the devil’s power. For without this seed [Christ] no man can avoid sin, death, hell and everlasting condemnation.

Again (Genesis 22) God promised Abraham, saying, In your seed all the generations of the earth shall be blessed. Christ is that seed of Abraham, says the Apostle Paul (Galatians 3). He has blessed the entire world through the gospel. For where Christ is not, the curse which fell on Adam as soon as he had sinned remains, so that all men are in bondage under condemnation of sin, death and hell. Against this curse the gospel now blesses all the world, inasmuch as it cries openly to all who acknowledge their sins and repent, saying, Whosoever believes on the seed of Abraham shall be blessed — that is he will be delivered from sin, death and hell, and will from that time continue righteous and saved forever. As Christ himself says in the eleventh chapter of John: He who believes on me shall never die.