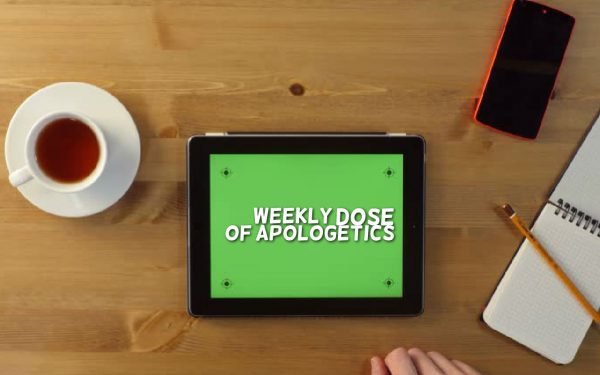 “Like all other religious/philosophical persuasions, there is a core conviction that drives deists to believe what they believe. In the final analysis, their rejection of divine revelation appears to be propelled by a deep desire to avoid any possibility of the unpleasant prospect of having their reason “shocked” by a faith-based religion. Essentially, deists adamantly refuse to embrace anything that offends human reason.”

“We have to recognize who God is, not what we might want him to be. We must know him according to what he says he is and does. God says that “the one who sins is the one who will die” (Ezek. 18:20). He says that “the wages of sin is death” (Rom. 6:23), and the death that sin produces is not just physical death but eternal punishment (see Rev. 20:14, for example). The Lord is too holy to allow sin in his eternal presence. He cannot look upon, or tolerate, sin (Hab. 1:13).”

R. C. Sproul – Descartes and the Anatomy of Doubt

“The most important certainty we can ever have is the foundational certainty of the existence of God. It is this matter that prompted Edwards to declare: “Nothing is more certain than that there must be an unmade and unlimited being” (Miscellany #1340).”

“Attuned to the dangers of minimalist presentations, we want to get complex, demonstrate nuance, stretch our people’s minds, expand their boxes, and so forth, so that we forget at times to preach a clear, simple gospel. It’s wonderful for pastors to read and address issues with complexity and nuance when that’s required. Read the difficult books, grapple with exegetical nettles, try to push your people into the great mysteries of the Faith like the Trinity and the person of Christ. But do all you can to strive to be clear.”

“Every worthless thing that fills our attention has long-term consequences, killing our joy in attending to God in his word, distorting our lives, and simply adding more dead weight on our pilgrimage toward the eye-ravishing home that awaits us.”

Dane Ortlund – Why We Need the Psalms of Lament

“God has created us as emotional people. There is a time to weep and laugh, to mourn and dance, to hate and love (Eccl. 3:1–8). Neither stoicism nor emotionalism are marks of healthy faith. What is needed is robust, biblical theology that informs and transforms our emotions.”

Servants of Grace is walking through a study of 1 Timothy:

The Role of the Servant in Giving Honor to their Master

“In conclusion, it is relatively easy to explain the modern world population, starting with the six Flood survivors, in c. 4,500 years. The number of people alive at the Tower of Babel event is more difficult to determine, but could easily have been in the thousands, or even tens of thousands, under certain conditions.”

“Most people who strongly believe in alien visitations believe in evolution and reject the authority of Scripture. They are well aware that alien life conflicts with the teachings of the Bible. To them, the reality of ETs disproves the Bible. Given that belief in ETs is so powerful in turning people away from the truth, the possibility of satanic deception is quite real.”

“Hopefully medical researchers can find a way to use the knowledge gleaned from naked mole-rats to help human hearts and brains survive sudden oxygen deprivation without the detrimental effects that a steady diet of fructose fuel would entail. But these things are possible, not thanks to evolution, but thanks to the fact that God is the wise Designer of both naked mole-rats and people.”

Charles Spurgeon – What if I Find Hypocrisy in Me?

“Let us confess to Him all past failures. And though we may not be conscious of hypocrisy, yet, let us say, “Lord, search and try me, and know my ways; see if there be any wicked way in me, and lead me in the way everlasting” (Ps. 139:24).”

“An eternity of woe is prepared for what men call little sins. It is not alone the murderer, the drunkard, the whoremonger, that shall be sent to hell. The wicked, it is true, shall be sent there, but the little sinner with all the nations that forget God shall have his portion there also. Tremble, therefore, on account of little sins.”

“There is one sin that has damned more souls than any other—the sin of pride. As I search the Word of God, I find that God hates the sin of pride seemingly more than any other sins. Truly he hates all sin, and will punish all sin; for God cannot condone anything contrary to His holy nature. But His hatred seems to go out more forcibly against this sin of pride, for it robs Him of His glory; and through His rebellious, sinful creatures, it even tries to take Him off His throne.”