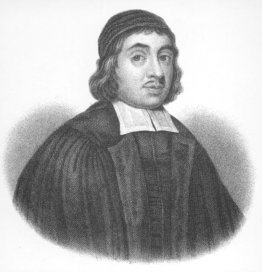 Thomas Watson – The Mercy of God

The next attribute is God’s goodness or mercy. Mercy is the result and effect—of God’s goodness. So then this is the next attribute, God’s goodness or mercy. The most learned of the heathens thought they gave their God Jupiter two golden characters when they styled him good and great. Both these meet in God, goodness and greatness; mercy and majesty. God is essentially good in himself, and relatively good to us. “You are good, and do good.” This relative goodness is nothing else but his mercy, which is an innate propensity in God to pity and support such as are in misery.

I. Concerning God’s mercy, I shall lay down these twelve positions.

[1] It is the great design of the Scripture to represent God as merciful. This is a loadstone to draw sinners to him. “I am the Lord, I am the Lord, the merciful and gracious God. I am slow to anger and rich in unfailing love and faithfulness. I show this unfailing love to many thousands by forgiving every kind of sin and rebellion. Even so I do not leave sin unpunished.” Exodus 34:6-7. Here are six expressions to set forth God’s mercy, and but one to set forth his justice. “God’s mercy is far above the heavens.” God is represented as a king, with a rainbow about his throne. Rev 4:4. The rainbow was an emblem of mercy. The Scripture represents God in white robes of mercy—more often than with garments rolled in blood; with his golden scepter—more often than his iron rod.

[2] God is more inclined to mercy, than wrath. Mercy is his darling attribute, which he most delights in. “Who is a God like you, who pardons sin and forgives the transgression of the remnant of his inheritance? You do not stay angry forever but delight to show mercy.” Micah 7:18. Mercy pleases him. “It is delightful to the mother,” says Chrysostom, “to have her breasts drawn; so it is to God to have the breasts of his mercy drawn.” “Fury is not in me,” that is, I do not delight in it. Acts of severity are rather forced from God; he does not afflict willingly. “For he does not willingly bring affliction or grief to the children of men.” Lamentations 3:33.

The bee naturally gives honey, it stings only when it is provoked. Just so, God does not punish until he can bear no longer. “So that the Lord could bear no longer, because of the evil of your doings.” Mercy is God’s right hand that he is most used to; inflicting punishment is called his “strange work.” He is not used to it. When the Lord would shave off the pride of a nation, he is said to use a hired razor, as if he had none of his own. “On that day the Lord will use a razor hired from beyond the Euphrates River—the king of Assyria—to shave the head, the hair on the legs, and to remove the beard as well.” Isaiah 7:20. “He is slow to anger,” but “ready to forgive.”

[3] There is no condition — but we may spy mercy in it. When the church was in captivity, she cried out, “It is of the Lord’s mercies that we are not consumed.” Geographers write of Syracuse in Sicily, that it is so situated that the sun is never out of sight. In all afflictions we may see some sunshine of mercy. That outward and inward troubles do not come together is mercy.