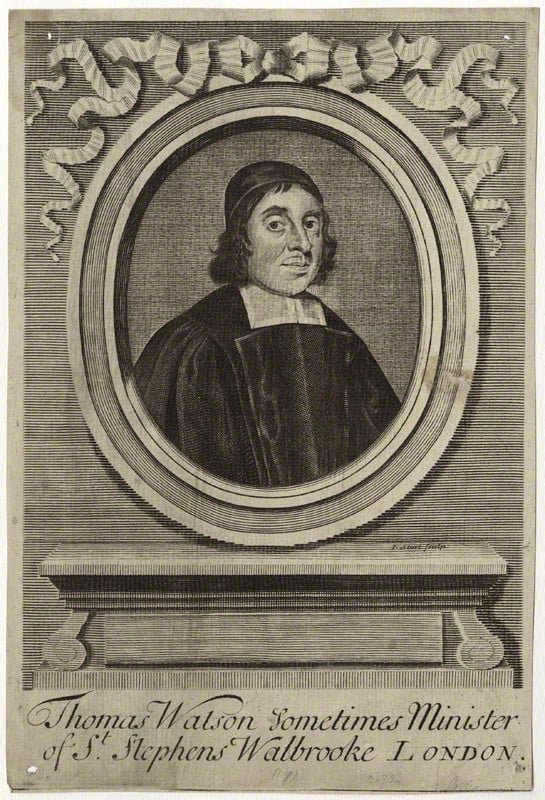 Thomas Watson – The Eternity of God

The next attribute is, ‘God is eternal.’ ‘From everlasting to everlasting thou art God’ (Ps. 90:2). The schoolmen distinguish between aevun et aeternum, to explain the notion of eternity. There is a threefold being.

1. Such as had a beginning; and shall have an end; as all sensitive creatures, the beasts, fowls, fishes, which at death are destroyed and return to dust; their being ends with their life. 2. Such as had a beginning, but shall have no end, as angels and the souls of men, which are eternal a parte post; they abide for ever. 3. Such as is without beginning, and without ending, and that is proper only to God. He is semper existens, from everlasting to everlasting. This is God’s title, a jewel of his crown. He is called ‘the King eternal’ (1 Tim. 1:17). Jehovah is a word that properly sets forth God’s eternity; a word so dreadful, that the Jews trembled to name or read it; and used Adonai, Lord, in its place. Jehovah contains in it time past, present, and to come. ‘Which is, and which was, and which is to come’ (Rev. 1:8), interprets the word Jehovah; (which is) he subsists of himself, having a pure and independent being; (which was) God only was before time; there is no searching into the records of eternity; (which is to come) his kingdom has no end; his crown has no successors. ‘Thy throne, O God, is for ever and ever’ (Heb. 1:8). The doubling of the word ratifies the certainty of it, as the doubling of Pharaoh’s dream. I shall prove that God only could be eternal, without beginning. Angels could not; they are but creatures, though spirits; they were made; and therefore their beginning may be known; their antiquity may be searched into. If you ask, when were they created? Some think before the world was; but not so: for what was before time was eternal. The first origin of angels reaches no higher than the beginning of the world. It is thought by the learned, that the angels were made on the day on which the heavens were made. ‘When the morning stars sang together, and all the sons of God shouted for joy’ (Job 38:7). St. Jerome, Gregory, and venerable Bede understand it, that when God laid the foundation-stone of the world, the angels being then created, sang anthems of joy and praise. It is proper to God only to be eternal, without beginning. He is Alpha and Omega, the first and the last (Rev. 1:8), No creature can write itself Alpha, that is only a flower of the crown of heaven. ‘I am that I am’ (Ex. 3:14); that is, He who exists from and to eternity.

Use one: Here is thunder and lightning to the wicked. God is eternal, therefore the torments of the wicked are eternal. God lives for ever; and as long as God lives he will be punishing the damned. This should be as the handwriting upon the wall, it should ‘make their joints to be loosed, etc. (Dan. 5:6). The sinner takes liberty to sin; he breaks God’s laws, like a wild beast that breaks over the hedge, and leaps into forbidden pasture; he sins with greediness, as if he thought he could not sin fast enough (Eph. 4:19). But remember, one of God’s names is Eternal, and as long as God is eternal he has time enough to reckon with all his enemies. To make sinners tremble, let them think of these three things: the torments of the damned are without intermission, without mixture, and eternal.

(1) Without intermission. Their pains shall be acute and sharp, and no relaxation; the fire shall not be slackened or abated. ‘They have no rest day nor night’ (Rev. 14:11); like one that has his joints stretched continually on the rack, and has no ease. The wrath of God is compared to a stream of brimstone (Is. 30:33). Why to a stream? Because a stream runs without intermission; so God’s wrath runs like a stream, and pours out without intermission. In the pains of this life, there is some abatement and intermission; the fever abates; after a fit of the stone, the patient has some ease; but the pains of hell are intense and violent, in summo gradu. The damned soul never says, I am now more at ease.