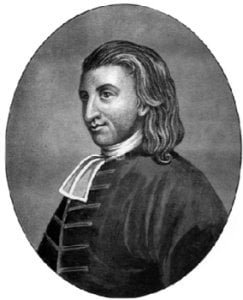 Thomas Boston – The Humble and the Proud

Better it is to be of an humble spirit with the lowly, than to divide the spoil with the proud ” Prov. 16:19.

Could men once be brought to believe that it is better to have their minds bend to the crook in their lot, than to force the crook to their mind, they would be in a fair way to bring their matters to a good account. Hear then the Divine decision in that case: “Better it is to be of an humble spirit with the lowly, than to divide the spoil with the proud. ” In which words

First, There is a comparison instituted and that between two parties, and two points in which they vastly differ.

1st. The parties are the lowly and the proud, who differ like heaven and earth. The proud are climbing up and soaring aloft; the lowly are content to creep on the ground, if that is the will of God. Let us view them more particularly as the text represents them.

On the one hand is the lowly. Here there is a line-reading and a marginal, both from the Holy Spirit, and they differ only in a letter. The former is the afflicted or poor, that are low in their condition; those that have a notable crook in their lot through affliction laid on them, by which their condition is lowered in the world. The other is the lowly or meek humble ones, who are low in their spirit, as well as their condition, and so have their minds brought down to their lot. Both together making the character of this lowly party.

On the other hand is the proud, the gay and high-minded ones. It is supposed here that they are crossed too, and have crooks in their lot; for, dividing the spoil is the consequence of a victory, and a victory presupposes a battle.