Romans 10:5-8, “5 For Moses writes about the righteousness that is based on the law, that the person who does the commandments shall live by them. 6 But the righteousness based on faith says, “Do not say in your heart, ‘Who will ascend into heaven?’” (that is, to bring Christ down) 7 “or ‘Who will descend into the abyss?’” (that is, to bring Christ up from the dead). 8 But what does it say? “The word is near you, in your mouth and in your heart” (that is, the word of faith that we proclaim).”

Today we turn to Romans 10:5-8, which follows Paul’s exploration of why many first-century Jews did not believe the gospel, one reason being that these Jews pursued the law by works, not by faith (9:30-10:4). Not knowing the “righteousness of God,” they sought to establish their own righteousness. They believed they could use the Mosaic law in a way God never intended, namely, as a means for sinful people to attain the righteousness necessary to stand before Him. However, the law’s purpose in justification is not as a tool for sinners to make themselves righteous; it is the means to reveal their sin and drive them to the righteousness that is in Christ for all who believe (10:4; see Gal. 3:23-29; 5:3).

In today’s passage, Paul contrasts the righteousness found in Christ by faith with the righteousness that is based on the law. Although the Lord did not give His law to sinners so that they could justify themselves, the Mosaic law holds out a theoretical possibility of justification by good works. The Apostle quotes Leviticus 18:5 to prove we can attain justification and life by keeping the law perfectly (Rom. 10:5). We know this from Paul’s use of the same text in Galatians 3:10-14, where he notes that the law curses those who do not obey all of it. Try to justify yourself by the law, and you forfeit righteousness the first time you mess up.

God did not intend for sinners to justify themselves by keeping the law, and the Mosaic law testifies to this fact by revealing the context in which the Lord delivered His law. In Romans 10:6-7, Paul quotes from Deuteronomy 9:4 (“do not say in your heart”) and 30:11-13 (“Who will ascend into heaven?” “Who will descend into the abyss?”) to describe the righteousness found in Christ by faith. Deuteronomy 9 notes that God did not give Canaan to the Israelites because of their righteousness, and Deuteronomy 30 reminds the Israelites of His gracious initiative to establish His covenant with them. The Israelites did not receive the Promised Land because they were more godly than the Canaanites, and they did not go looking for God high and low in order to receive His redemption and His Word, that is, His law. Instead, the Lord came to them and saved them even while they were unrighteous.

Justification by faith alone recognizes these things. It tells us that our righteousness and final salvation are not due to our being better than anyone else and that, therefore, we cannot merit redemption. This righteousness knows that God—in Christ—does the work to establish His saving relationship with us. We do not earn it in any sense of the word.

Romans 10:8 quotes Deuteronomy 30:14 in order to point out the gracious nature of the justification that is by faith alone. God did not make the Israelites look for His Word that told them of their salvation from Egypt and how they were to thank Him for it, but He came to them and brought His Word near. He has done the same in the new covenant. The gospel is not something we have to wonder about. It has been revealed clearly so that even a child can know and believe it. 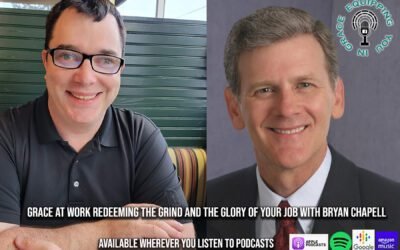 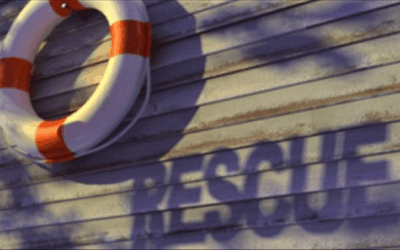