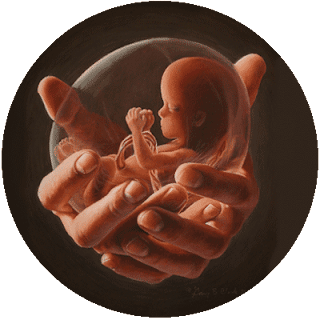 The Apostle Paul boldly declares that in love, God had predestined us for adoption as sons through Jesus Christ (Eph. 1:5).
This statement is bold because of the power and understanding of Patria Potestas, the Roman understanding for “the father’s power.” According to Roman law, the father had absolute power in the family; it was by his authority that a son would live, die, inherit, be punished, or imprisoned. The father had ultimate control over his sons, including all financial aspects of their estates and any they may inherit—even from someone else, while the father lived.
Adoption is not a means of mere inheritance, but a legal status change. There was a process involved, the paternal parent was to be weighed out coins of legal tender not once, or twice, but three times then the adopting father was to go before the Roman magistrate to plead his case. When all was approved, the newly adopted son had all the legal rights as a legitimate son. He no longer possessed any debt or rights of the old family.
For this reason, the Apostle uses this bold language that God had predestined us for adoption—that God would not only pay the debt of our sin, remove the world’s ownership and grip on our lives, but that He would grant us legal status as an heir. God would declare before the universe that He was the possessor of Patria Potesta—holding ultimate and complete control over our lives. However, by His infinite wisdom, He did this from eternity past—when we were yet formed in the womb (Ps. 139:13-16).
The beauty and magnificence of these words “In love, God predestined us for adoption as sons through Jesus Christ” (Eph. 1.5) details His purpose and plan, that “nothing can separate us from the love of Christ” (Rom. 8.39). The power and grandeur that our new Master weighed out the price of our sin, took the first nail, the second nail, and the third, satisfying the debt—humbly stretched out His arms, expressing our sin is cast as far as the east is from the west (Ps. 103.12) and proclaimed, “it is finished” (Jn. 19.30), is almost poetic—yet amazingly sovereign.
It is no wonder that Paul cannot finish his thought in the beginning of Ephesians, stretching the biggest run-on sentence in Scripture (1.3-14). Sometimes, God is just too much for words. Think about your adoption and what this means; you too, may be in awe of God’s grace.
Reddit
Share
Email
Buffer
Tweet
Share