The Evil of Planned Parenthood and the Hope of the Gospel 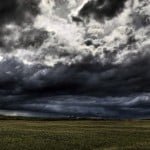 “And when he entered his house, he took a knife, and taking hold of his concubine he divided her, limb by limb, into twelve pieces, and sent her throughout all the territory of Israel. And all who saw it said, ‘Such a thing has never happened or been seen from the day that the people of Israel came up out of the land of Egypt until this day; consider it, take counsel, and speak.’” ~ (Judges 19:29-30 ESV)

The above passage is all I could think about this week. In a recent interview with the senior director of medical research for Planned Parenthood, Dr. Deborah Nucatola, horrifically and nonchalantly went into detail about the gruesome harvesting of body parts from aborted (murdered) babies. Saving you from the actual disgusting language (you can read it yourself online), save it to say that this is the most heinous, callous, evil, and any other adjective to describe a lack of human emotion and love that I can think of. I will share one quote with you, which cannot deny that some abortions (at least those Dr. Nucatola describes) are indeed murder:

Nucatola says, while eating her salad, describing how they save the hearts, livers, and lungs of children by delicately dissecting them as if they’re a sixth grade biology experiment, “I’d say a lot of people want liver, and for that reason, most providers will do this case under ultrasound guidance so they’ll know where they’re putting their forceps.”

But, my question is, will the church speak up for the sanctity of human life? This is human trafficking at its vilest. And then I wonder if our voices will even be heard?

At a time when our cultural shift seems to be tolerant and care for people’s emotions, feelings, and behaviors, how can we care more about baby elephants, or baby seals, or even puppies than for human souls? There is a time when the church reads and understands cultural shifts and adapts for the gospel’s sake, and then there’s a time to speak out against atrocities of those who cannot speak. Can you repeat after me, “How did this evil happen?”

I’m literally weeping for humanity, and especially for America. It’s no wonder that we cannot get legislation passed regarding the horrifying acts of human trafficking when the government (your tax dollars) is funding over $500 million a year to help gruesomely harvest and sell children’s body parts—that is explicitly human trafficking—down to its evilest core.

America is sacrificing its children to Molech!

We should be outraged, sickened, and lying in sackcloth! We ought to be pleading with God for mercy, for if His justice comes, we too, will be in the midst—life will not be easy.

Church, it is time for you to use your voice—this is not political—this is about being created in the image of God—this is about loving others.

Dietrich Bonhoeffer once said, “Silence in the face of evil is itself evil: God will not hold us guiltless. Not to speak is to speak. Not to act is to act.”

This is not about legislating morality, first amendment rights, or agendas, this is about being the people of God—this is about speaking out against atrocities done to humanity. For the sake of those slaughtered, may their voices be heard through us—and if it costs us our own lives—so be it. Jesus said, “Greater love has no one than this, that someone lay down his life for his friends” (John 15:13 ESV).