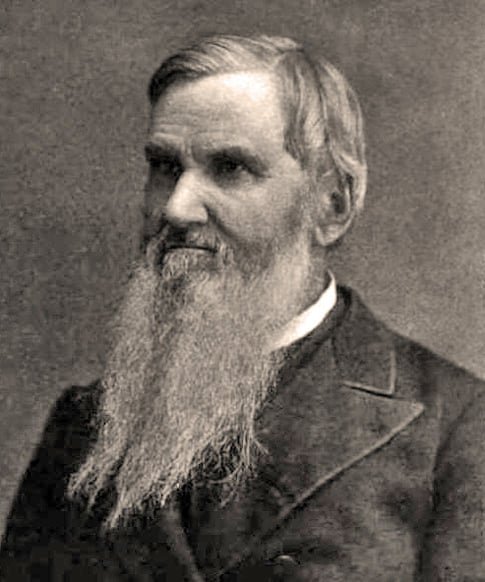 The word “Law,” (hr;/T, nomo” ) is employed in the Scripture with a certain latitude of meaning, but always carrying the force of meaning contained in the general idea of a regulative principle. First, it sometimes expresses the whole of Revelation, as in Ps. 1:2. Second, the whole Old Testament, as in John 10:34. Third, frequently the Pentateuch, as in Luke 24:44. Fourth, the preceptive moral law (Prov. 28:4; Rom. 2:14. Fifth, the ceremonial code, as in Heb. 10:1. Sixth, the decalogue, Matt. 22:36-40. Seventh, a ruling power in our nature, as in Rom. 7:23. Eighth, the covenant of works, Rom. 6:14. By the Law, in the following discussions, we intend the preceptive moral law, as epitomized in the decalogue.

The student will be prepared to expect my answer to the second point, from what has been taught of the eternity of moral distinctions. These are intrinsic in that class of acts. They are not instituted solely by the positive will of God, but are enjoined by that will because His infinite mind saw them to be intrinsic and eternal. In a word: Duties are not obligatory and right solely because God has commanded them; but He has commanded them because they are right. Hence, we confidently expect to find the natural powers of reason and conscience in man impressed with the moral distinction, and pronouncing it intuitively.

(a.) From the fact that the Scriptures represent God Himself, at least in one particular, as bound by this distinction of right and wrong, “God cannot lie;” that is, the eternal perfections of His own mind so regulate His own volitions that His will certainly, yet freely, refuses all error. See also 2 Tim. 2:13.

(b.) The very nature of a creature implies rightful subjection to a Creator; its denial would be utter contradiction. Thus the law of our reason teaches us, that the creature existing, these moral relations cannot but exist, whether God has published them in positive precepts, or not.

(c.) If these moral distinctions owed their origin solely to God’s positive will, no distinction could be drawn between moral and positive precepts. The prohibition, “Thou shall not bear false witness,” would be exactly like this: “Thou shalt not seethe a kid in its mother’s milk.” But there is a distinction between the two classes, recognized by God and our reason. “Judgment, mercy, and truth,” are pronounced “weightier matters of the law,” compared with tithing mint, anise, and cumin.

(d.) If there were no cause, save God’s mere will, why moral distinctions were drawn as they are, He might have made treachery a virtue, and truth a crime, etc. Against this every moral intuition revolts. Why might not God have done this? The only answer is, that His own unchangeable moral perfections made it impossible. Just so; it is admitted that the basis of the moral distinction is a priori to all volition of God; which is substantially my proposition. And last, and most conclusively: If God’s mere positive volition made an act of the creature morally right, then of course God must be morally right in entertaining that volition. But the moral character of volitions depends wholly on that of the principles which prompt them. So that, we see, if there were no moral distinction a a priori to God’s mere will, God could have no moral character in acts of His will.

The moral distinction being then intrinsic and eternal, it follows that the intuition and feeling of its obligation must be one of the natural endowments of the rational creature made in God’s image. This obligation must be recognized by man’s conscience as natural and moral, and not merely positive. To this agree the Scriptures, Rom. 1:19-31 2:14, 15; Acts 14:17. And these declarations are confirmed by the consensus populi upon the existence of a moral obligation, and its main outlines, by a multitude of the facts of our consciousness, by the admissions of Pagans. But here, the distinction so clearly made between moral principia and conclusiones , must be noted. In some cases of more! obligation, the perception and verdict of conscience are immediate. In other cases, they are deductive. Should a creature obey its Creator? To this the sane reason answers intuitively, Yes. Should the borrower pay any hire for the use of money? To this the mind can only answer deductively; certain premises must be known to the understanding, from which the moral answer must tee by deduction drawn.

If the moral distinction is thus eternal in acts, unchangeable in God, and natural in man, the preceptive law receives a new dignity, immutability, and sacredness. Then it follows, also, that the natural conscience is God’s viceregent in man; and its dictates must be obeyed, or guilt arises. But when we remember that the light in man’s conscience is imperfect, we see that it is not true that this faculty is a sufficient rule of duty. That rule is found in God’s precepts alone. The seeming paradox. arising out of the dictate of an ill-informed conscience has been already considered, in lecture 10.