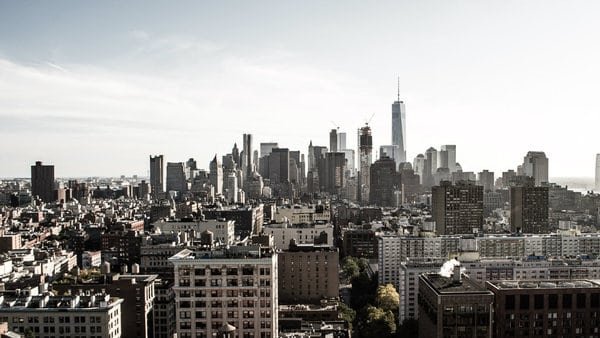 Very few, if any, awake one morning and decide all of a sudden, “Today is the day I’m going rogue. Enough with all that honesty stuff. From now on, I’m all about corruption.”

It typically begins as an indiscernible leak of integrity, at least in terms of self-awareness. You fail to arrive at a meeting on time without there being any perceptible consequence. You ballpark the mileage on your expense report, maybe even fudge it a bit. No one will notice. You miss an ordinary work-a-day deadline. The world didn’t come to an end. So, what’s the big deal?

It’s sin — that’s the big deal. They are little sins, to be sure, but regrettably yet monstrous in the presence of a sublimely holy God. What first appear as hair-like fibers on a subterranean root, in time become a complex root structure capable of supporting a veritable Redwood of sin towering above. What begins as a fudged expense account graduates into the taking of un-earned discounts, overstating sales numbers, and scheming up Ponzis.
Harmless Naughtiness?

At a gathering of global business leaders in Doha sometime in the last decade, I heard Barbara Thomas, Lady Judge, former Chairman of the U.K. Atomic Energy Authority, say that different nations have different idioms that characterize the way they do business. In the U.K., for instance, she suggested the idiom for doing business is “What must I do to be admitted to the Club?” In the U.S., she said, the idiom is “How far beyond this fence line might I get, before either the authorities show up or someone starts shooting?”

It’s sad, but true. There is almost a certain level of what is regarded as harmless naughtiness factored into the American way of doing business, a willingness to gladly use bovine manure as a lubricant on the rails of commerce, all in the name of strategic elegance or entrepreneurial moxie.

Case in point, a panel of Silicon Valley entrepreneurs and venture capitalists were recently assembled by the Markkula Center for Applied Ethics at Santa Clara University to seek answers to what the group identified as common business challenges:

Do we lie to the funders?

Do we lie to the customers?

Do we lie to investors?

Do we lie to hit the numbers?

One might reasonably ask, “What’s to discuss?” — but lest we exalt ourselves and boast, “God, I thank you I am not like other men” (Luke 18:11), let us confess that nearly everyone on the job today traffics in such decisions, in part or whole, in both so-called “secular” vocations and, sadly, even in church ministry. It is as if the very rhythm of our hearts and breath keep time to a unspoken tick-tock of, “Obedience or disobedience? Right or wrong? God’s way or my way?” from the time our minds apprehend the day until we fall asleep at night. Even then, the drumbeat of ethical dilemmas can chase us about in our dreams.

Most people do not head for jobs in the morning with the confidence that their managers are operating their businesses or organizations by the book — “The Good Book,” that is. The world’s playbook too easily esteems the corner cut, the unfair advantage taken, and the skid greased. In fact, such angles are often the stuff of incentive pay and bonuses. The temptation to little sins is already native, and contemporary management practices, untethered from biblical truths, seem to encourage it the more. So, how is it possible for anyone to escape from one’s work unimpeachable and unscathed?