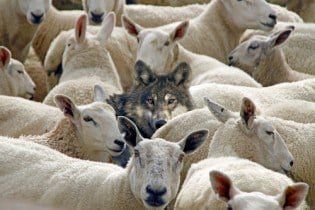 Nathan Finn – How to Spot a False Teacher

False teachers come in all shapes and sizes, ranging from the most deranged cult leader to the most winsome television preacher. Too many professing Christians are duped into embracing heretical ideas or endorsing spiritually dangerous movements. Some of these movements even pass themselves off as evangelical.

If you’re a pastor, chances are at least a few of your church members have flirted with false teaching at some point in their spiritual journeys.

Of course, false teachers aren’t a recent phenomenon; they’ve been trying to undermine the gospel and corrupt God’s people since the earliest days of the church. Titus 1 shows us that Paul’s protégé, Titus, had to deal with the threat of false teachers among the Cretan Christians in the middle of the first century.

More than likely, the false teachers in Crete were unbelieving Jews foisting some sort of legalism on the church. In the latter part of Titus 1:10, Paul identifies them as part of “the circumcision party,” while verse 14 says they were “devoting themselves to Jewish myths and the commands of people who turn away from the truth.” Paul counters in verse 15 by arguing that purity is directly tied to belief rather than ritual. Further, he suggests unbelief results in defilement. Whatever the exact form of this legalistic heresy, Paul was concerned its teachers were contradicting the gospel and endangering God’s people.

Many dangerous doctrines contradict the gospel in our own day. Some argue the gospel is about trusting God to bring about worldly prosperity. Others suggest it’s possible to accept Jesus as your Savior while ignoring his claim to lordship over your life. Increasingly, some advocate homosexual marriage, ignoring both the Scriptures and 2,000 years of Christian moral and theological reflection. Some believe Christianity boils down to serving others or fighting for social justice—good things to be sure. But they say little about sin or atonement. Dangerous doctrines come in different shapes and sizes, but they have what Danny Akin calls “heretical math” — adding to, subtracting from, multiplying, or dividing the gospel — as their common denominator.

In Titus 1:6–9, Paul reminds Titus about the type of godly character that should exemplify the life of an elder, including a list of vices to be avoided. Then, in verses 10–16, he provides a laundry list of the false teachers’ sins, demonstrating how much they differ morally from godly pastors.

In verse 10, Paul writes, “There are many who are insubordinate, empty talkers and deceivers, especially those of the circumcision party.” They weren’t working according to God-ordained authority structures. There’s a reason so many false teachers today begin new movements or work as independent ministers through television or the Internet.