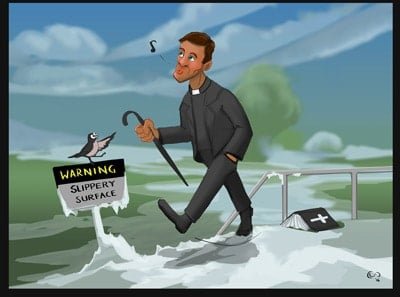 After the abolition of apartheid, under the new ‘broom’ African National Congress Government, in 2006 South Africa became one of the first countries in the world to legalize the ‘mirage’ of same sex marriage. As Creator, God has the right to, and has already defined marriage, and so any claim to a union outside of that definition is just a chimera. An argument often employed to justify homosexual marriage, was that discrimination against them parallels the discrimination against black people under the apartheid policies of previous South African governments, or the segregation policies prevalent in the U.S. until the 1960’s. South Africa’s first black President, Nelson Mandela, claimed to have turned from believing that homosexuality was wrong to supporting gay marriage based on this comparison.

It is a completely fallacious argument. The unjust policies of apartheid were based upon one’s skin colour (or as we have often pointed out it is shade of colour because all humans actually have the one skin colour).1 This is something as spiritually irrelevant in the design of God as the shape of one’s nose or eyes, or size of one’s feet. Resistance against homosexual practices is based on actions, on activity; men having sex with men (born with XY chromosomes) and women with women (XX chromosomes).2 The truth is that we all discriminate against actions all the time even when it is argued that people ‘cannot help themselves’ feeling a certain way (orientation). Most people making this spurious argument would have no problem with discriminating against people stealing their belongings (trying to stop them or putting them in jail), or against those involved in the trade in rhinoceros’ horn. And so it is not a general argument against action discrimination, but the argument against this particular action of same sex, to which the gay lobby object. Of course, some but not all gay lobbyists argue that people are born homosexual. Besides the growing evidence that the idea of genetic causality in human behaviour is culturally rather than scientifically driven, the fact is that none of us are born having sex.3 At some point in our lives we take an action, we choose to have sex with a partner; whether within the biblical confines of marriage between one man and one woman; or the license of pre-marital or adulterous or homosexual or polygamous or the many other perversions of sexual relationships the Bible condemns; which we fallen humans have invented, and to which we are prone, and increasingly excuse or condone in a politically correct charged environment.